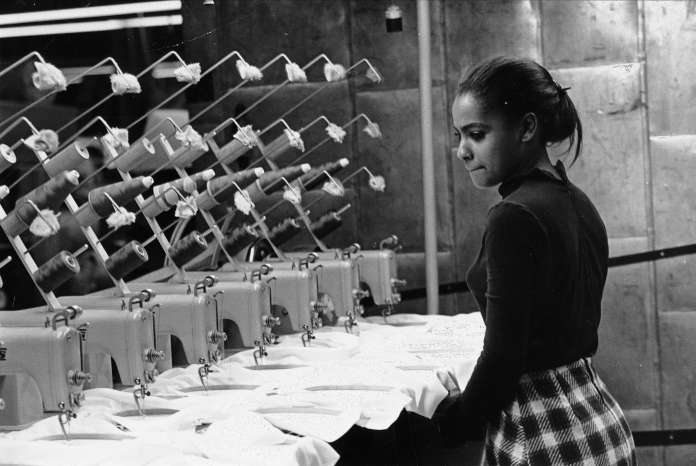 Statistics released by the Labour Party show a 50 per cent increase in the number of unemployed black, Asian and minority ethnic 16-24-year-olds since 2010.

The official figures, which were analysed by the House of Commons Library and the Office for National Statistics, show that there are now 41,000 16-24-year-olds from BAME communities who are long-term unemployed.

Labour claims that the findings show that the Conservatives have abandoned an already marginalised group. It is using them to promote their “jobs guarantee scheme” and BAME manifesto.

Simon Wolley from Operation Black Vote said that the figures underlined the “race penalty” facing young men. He added: “It is absolutely critical that political parties have a plan to address this shocking statistic because at the moment it seems as though a generation of young black men – and it is often men – are being cast aside and it is to the detriment of us all.”

Jonathan Portes, director of the National Institute of Economic and Social Research, said: “High levels of unemployment in this group are a long-standing problem and a serious one, but, as the sample size for this group is small, it’s difficult to conclude from this data that things are necessarily getting worse.” Portes also said that the jobs guarantee scheme may not be enough as it doesn’t address the scale of the problem.

I don’t often agree with Jonathan Portes, but in my opinion his assessment of the statistics are the most honest and credible. According to the ONS, in the last three months of 2008 the unemployment rate for black people aged 16-24 was 28.8 per cent. In 2011 it rose to 47.4 per cent – an increase of 70 per cent in three years. Unemployment among young black women, while still higher than any other ethnic group, was lower than the black male percentage, at 39.1 per cent. So the unemployment rate was already high despite 12 years of a Labour government.

In terms of educational achievement, statistics show that many ethnic minority children are excelling at GCSEs and going to university. Indian, Chinese and black African children perform well at GSCEs, and their success is largely due to the fact that their respective cultures are socially conservative as opposed to socially liberal with a heavy emphasis on traditional marriage, stable families, educational achievement and hard work. There’s also the idea instilled into many immigrant children from those respective backgrounds that they should be grateful for the opportunities afforded to them in Britain. Black Caribbean boys by contrast are falling behind at GCSE level.

Regarding black unemployment, the issue of fatherlessness amongst black Caribbean boys is rarely discussed in left wing circles. The idea that boys need fathers and that traditional marriage (male and female) is good for a child’s development doesn’t seem to fit with the feminist and socially liberal world view. Maurice Glasman’s Blue Labour idea which emphasises the importance of faith, flag and family is often dismissed in liberal left wing circles as nostalgia, and Glasman is viewed with a high degree of suspicion by feminists, who regard his ideas as a threat to women’s rights.

I believe that a socially conservative, small government, free-market and centre-right platform is superior to Blue Labour, which is heavily reliant on corporatism. However if my only choice was between Glassman’s Blue Labour or the feminist, metropolitan, Islington, London-centric Labour Party, I’d chose Blue Labour because its understanding of small-c conservatism, working class values, and its emphasis on family offers better solutions to the issue of black unemployment than the socially liberal and feminist policies currently pushed by the Labour elite.

Politicians talk about skills training and apprenticeships. However, children who come from stable two-parent families are far more likely to be receptive and succeed at such initiatives.

The negative effects of rap and grime culture are also rarely discussed in left wing circles. With open borders to the EU, employers have more scope simply to reject applicants who they deem to be unproductive or sound inarticulate. Employers can simply chose a young Eastern European over a black boy who speaks with a street slang and walks with a hip hop swagger. Employers run businesses and are only interested in productive and presentable employees and with open borders they have more scope to not tolerate attitudes and behaviours that are unproductive.

I used to be a big fan of hip hop and rap music in my teens, but I acknowledge that some commercial gangster rap and grime music promote lifestyles and attitudes that are misogynistic, glorify gun violence, gangs, and criminal behaviours. With open borders, black “social justice” campaigners should be willing to address this issue and not brush it under the carpet.

The Labour jobs guarantee scheme would be futile because it’s likely that banks will find a way to escape a levy on bank bonuses, which Labour says it will use to fund the scheme. The money would most likely come from stealth taxes and income tax.

Young black youths tempted to vote for the Labour jobs guarantee scheme should understand that there’s a link between big government, a police state, and over aggressive policing. You can’t vote for big government and then blame the consequences on “white supremacy”. A big government must raise revenue and this often results in the police becoming revenue collectors, which can result in oppressive policing.

The issue of black youth unemployment is complex and Labour is exploiting the issue to propose a new statist plan that will prove ineffective.

A big government can’t fix the issue of black unemployment and any change has to be at a grassroots level. Blacks attend church at high rates and the issue should be addressed in churches. Black pastors should endeavour to preach a gospel that focuses on personal responsibility and reject Christian socialist ideas which promote faith in a statist and socialist utopia. Socialism and Christianity cannot mix because you can’t worship two Gods. It’s either faith in Jesus’s gospel or faith in the State as God.