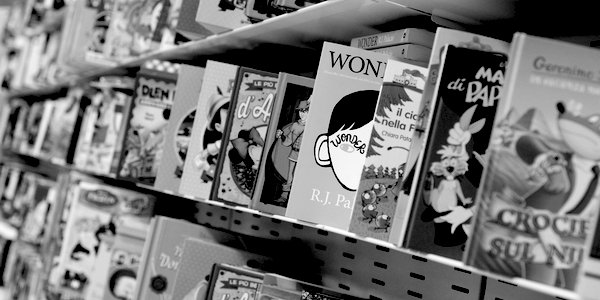 The Carnegie prize for children’s books and the Kate Greenaway medal for their illustrators have been around a long time: since 1936 and 1955 to be exact. Both are awarded by CILIP, the librarians’ professional organisation. The judges are nearly all middle-aged librarians who love books and have long experience dealing with children. Their tastes are wide-ranging. The 2017 shortlist included all sorts of styles of illustration from semi-cubist to almost art deco, and books from the light-hearted Sputnik’s Guide to Life on Earth to the highly PC refugee story Bone Sparrow.

But there was one problem. Someone noticed that the longlist from which the shortlist came included no BAME authors. Cue outrage from the great and the good in the children’s book world, including Philip Pullman and Alex Wheatle (and some who had never written a children’s book, such as Sunny Singh). It was ‘high time the Carnegie reflected multi-ethnic Britain’.

This touched a raw nerve. CILIP, like many professional bodies, is no longer entirely apolitical. Its mission has crept from running libraries to righting social wrongs (its latest action plan requires it, among other things, to ‘champion diversity and equality’); and as if this were not enough, it now also sees itself as a human rights activist, to the extent of jointly sponsoring (since 2016) an award with Amnesty International for children’s books promoting human rights.

To investigate the case of the non-BAME longlist, CILIP appointed the successful, and very PC, lawyer Margaret Casely-Hayford, now an international quangocrat running the fashionably Leftish development charity ActionAid UK. She has so far held a workshop with 70 ‘stakeholders from the children’s books sector’, expressing a sort of stream-of-consciousness on the virtues of diversity. We don’t know what will appear in the final report, but recommendations for monitoring of authors’ origins and professional training for judges to eliminate unconscious bias would seem a pretty good bet. In any case, even without a report the hint has been taken. Sure enough, the 2018 longlist has one black and two Indian authors on it.

There are a number of reasons why this ought to create disquiet, and suggest that anyone deciding what books to buy for a child, a school or a library might look elsewhere for inspiration.

For one thing, why does CILIP regard the matter of BAME authors as relevant? Outside the 1950s Deep South or 1960s South Africa, it’s queer that anyone should connect the quality of a book with the colour of the skin of the person who wrote it. True, in limited fields, such as books recounting racism, a black author may have something to say that a white author does not. But that is different. A literary prize, especially one for children’s books, should be not about what an author says but how well and stylishly he says it, and there is no indication that the Carnegie judges are not perfectly able to judge that, whatever the author’s race. Indeed, emphasising the ‘black experience’ or whatever in the literary context is itself problematical, in so far as it associates black people with a particular genre of writing, rather than looking at them in the same light as anyone else. Of course, it could be that there is a political side to this, namely a felt need to feed a suitable message to the young (tellingly, the one longlisted 2018 book by a black author is about the Black Lives Matter movement): but let’s not go there.

Secondly, if diversity means diversity of outlook or philosophy, sorting everyone into BAME and not-BAME is, to say the least, a curious way to achieve it. Third-generation Britons who happen to be of Indian descent are lazily lumped in with Togolese, Chinese or for that matter Inuit authors, despite having nothing in common with any of them (even skin colour). Nor is there much commonality between a Chilean, a New Zealander and a Siberian. Indeed, last year’s Carnegie went to Ruta Sepetys, who is Lithuanian-American. Hardly traditional white British, but does she count towards diversity? Sorry, dearie: whatever the cultural difference you bring, you’re the wrong colour.

Thirdly, it’s easy to say the Carnegie or the Greenaway must ‘reflect’ multi-ethnic Britain. But why? It can’t be readership. Any suggestion that BAME people in Britain somehow have special needs for books by BAME writers is both blatantly false and highly insulting to the non-white population of this country. And it is hard to see any other reason. These are, after all, prizes for books and illustrations: they should be aimed at rewarding what the judges see as excellence in writing and depicting. The fact that this doesn’t result in some sort of a snapshot or stamp-collection of the UK public as a whole is beside the point. There are all sorts of reasons why the distribution of prizes may not reflect the make-up of Britain, but these are not – or at least should not be – the business of CILIP to deal with.

The real reason why this has caused such interest, one suspects, is different. One feature of a Carnegie and Greenaway award is that if you win or get shortlisted, you do very well: your titles are assured of extremely healthy sales to school and other libraries throughout the country (and to some extent outside it too). There is an insidious tendency, especially on the Left, to look at all institutional decisions in the light of their economic and distributional impact. Many members of CILIP, one suspects, consciously or unconsciously regard the question of how to award a literary prize of this kind as involving not questions of old-fashioned literary merit, but instead decisions about the distribution of fame and fortune in our society. As I said, this might just cause you to think twice before following any recommendations they make.