NewsPaperthe art of publishing
Home News Swinson, the eco-loons and a total contempt for democracy
0

Swinson, the eco-loons and a total contempt for democracy 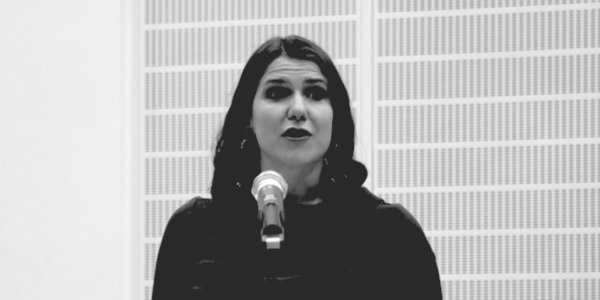 JO SWINSON, freshly anointed leader of the Illiberal Anti-Democrats, has admitted that she wouldn’t accept the result of even a second referendum if it didn’t go her way. Caroline Lucas couldn’t wait to endorse her.

Contempt for democracy doesn’t even begin to cover it. Can these people not hear themselves? As Nigel Farage says, democracy relies on those on the losing side of a vote accepting the result. Without that it breaks down into bitter divisions and ruthless authoritarian regimes.

Perhaps Ms Swinson is not aware that ‘democracy’ is one of the government’s much-vaunted British values in which extremism is defined as ‘vocal or active opposition to fundamental British values, including democracy’. This should make Ms Swinson and her Remainiac comrades extremists in the government’s eyes. On this occasion, I would tend to agree.

Were Ms Swinson and her colleagues not paying attention in democracy lessons? If they were they’d know that democracy, according to the government, means having ‘an understanding of how citizens can influence decision-making through the democratic process’. The new LibDem leader, on the other hand, seems much more interested in driving a coach and horses through it. Not exactly the same thing.

Should someone alert Sara Khan, the government’s Lead Commissioner for Countering Extremism?

Would she be interested? Overturning democratic votes is very much an accepted form of anti-democratic extremism these days.

Ms Khan, sadly after a promising start, is more interested in denoting as ‘extremist’ the activities of parents protesting about the teaching of transgenderism and homosexuality to their four-year-olds.

‘It is a mob that is chanting and shouting and engaging in intimidating and threatening behaviour,’ she alleged – even though the protesters have, as Roger Godsiff MP pointed out in Parliament, been in constant contact with police to ensure that no laws are being broken.

When in terms of her own definition will Ms Khan start to call out Extinction Rebellion, whose protests almost certainly resemble a mob engaging in illegal behaviour and severely obstructing people going about their lawful business, even preventing a man reaching the side of his dying father?

Who in the Government is condemning their mass disruption as unacceptable extremism? Not apparently Sara Khan. Nor the rest of Westminster, nor the BBC.

Yet the co-founder of these eco-loons, Roger Hallam, has no compunction in saying they ‘are going force the governments to act’. And if they won’t? ‘We will bring them down and create a democracy fit for purpose. And yes, some may die in the process.’

He apparently is not extremist.

But parents trying to protect their young children from being confused by the state about their gender and having to learn about adult sexual relationships? Yes they are.