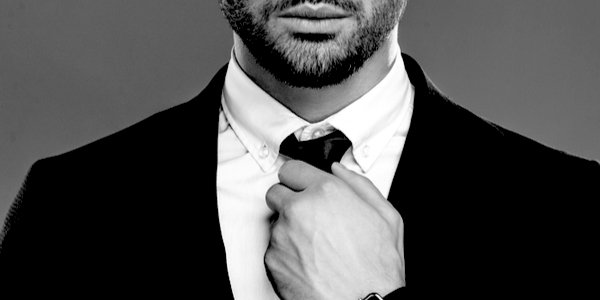 I HAVE done my research. I have given careful thought and weighed the ins and the outs, the ups and the downs, my tariff rules with my WTO trade deals, and I have decided that, on balance, it is indeed probably best to vote for the Brexit party in the forthcoming Euro elections for one reason and one reason only: to make the suit and tie great again.

Indeed, I checked out the #Brexitparty trending on Tuesday night and it hit me – all the men that I could spot running for the Brexit party were wearing a suit and tie. This, dear readers, is a revolutionary act for a politician or candidate these days.

Farage pretty much always wears a suit and tie, Richard Tice is the same and the young Michael Heaver not only wears a suit and tie but his suit is usually of the three-piece variety. For most men his age wearing jeans and a T-shirt counts as dressing up, so Mr Heaver gets extra marks here.

Then I noticed the Twitter handle of some other politicians. There is Chuka Umunna MP (with whom I have had words before) and his Twitter handle photo has him in an open-necked shirt without a tie. The same goes for David Lammy MP. Perhaps unsurprisingly, now ex-Tory MP Nick Boles is also open neck without a tie. Similarly, Bernard Jenkin MP didn’t wear a tie in his Twitter photo. I was not at all surprised by that.

The Traitor James Brokenshire MP at least wears a tie in his Twitter bio but in this announcement on tenants’ rights – quite a big policy announcement – he just couldn’t be bothered with it.

Important that tenants have stability & security in their homes which is why I’ve announced the abolition of ‘no fault evictions’. The necessary changes will bring peace of mind to millions of renters whilst also providing certainty for landlords to continue to rent & invest. pic.twitter.com/Wzn6M1W9lJ

You see my point.

Come to think of it, didn’t everything start to go pear-shaped in politics with the advent of that open-necked slimeball Tony Blair? He made not wearing a tie while campaigning to become Prime Minister acceptable. Sometimes, I think, he even wore jeans, which looking back is just outrageous. Things went downhill from there.

What politicians wear speaks volumes, not about their fashion sense, but about what they think of the voters. People dress not for themselves but for others. The more formally attired the man, the more seriously he is taking their audience and his duty to that audience.

This is why people do not turn up to weddings in jeans. And if a bride ever made jeans acceptable at her wedding then I hazard a guess it is not a wedding worth attending. She is not taking it seriously, so neither should you. (And please do not tell me that you once attended a wedding where the groom did not wear a tie. Please just spare me the details on that one.)

However, I have digressed (to my favourite subject, namely weddings).

So there you have my analysis of the whole thing. And should the Brexit party do well in these elections and you start to see them shooting the breeze out there in a jacket and slacks, or some such horror, you have been warned. It will mean, as surely night follows day, that the Brexit party have caught the Blair-Cameroon disease of wanting to be hip and modern and not at all serious, and you will know the jig is up. That particular disease of political correctness is very infectious. Just ask all the open-collared Tory MPs.