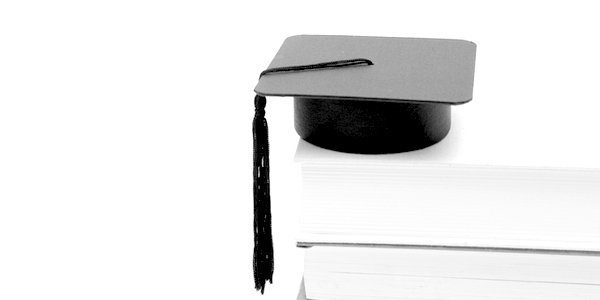 ACADEMIA is a bubble ripe for bursting, once enough students realise the cost of taking years out of employment to gain a degree that probably adds no skills other than conformity, no knowledge other than cultural Marxism.

The chink in academia’s privileges is advertising. The Advertising Standards Authority has already proved itself surprisingly pro-consumer on this issue, driven by students who are paying more and accumulating more debt. In 2017, it upheld complaints against six universities (East Anglia, Falmouth, Leicester, Stratchclyde, Teesside, West London).

One student has established a legal precedent to hold universities accountable for their promises. Last week, Anglia Ruskin University agreed to pay the student £15,000 as settlement and £46,000 towards her legal fees. She had objected to its claims that it was a ‘renowned centre of excellence’ and offered a ‘high quality of teaching’. She was born overseas: British students seem to be normalised to such claims. I suspect she helped her case further by being a female of colour too.

Her precedent only scratches the surface. She had taken a useful degree (international business strategy), and graduated first-class, but most students are not taking useful degrees – rather degrees that fulfil Left-wing biases but are of no use to employers or civil society.

Universities have always been self-serving, but false advertising wasn’t really a problem while degrees were so exclusive. False advertising accelerated with the New Labour government’s campaign (1997-2010) for most Britons to go to university. This claim conveniently gave progressives the opportunity to expand the public sector and to indoctrinate a greater proportion of the rising generation in the progressive consensus, which is as anti-democratic as it is anti-scientific.

Even those who like the progressive political consequences shouldn’t like the economic consequences. We have a surplus of indebted ‘graduates’ who can’t differentiate themselves to employers except by taking more degrees, to the benefit of universities that supply such degrees. Selling degrees starts to look like a Ponzi scheme. More degrees mean fewer apprenticeships. More universities mean fewer practical or technical colleges. Now we have shortages in trades such as masonry and plumbing, which conveniently adds to the progressive argument for uncontrolled immigration too.

The general problem in the academic product is over-supply. Academia is culpable by growing demand with false claims. The particular problems are the types of degrees. For decades we have been told that the ‘new economy’ needs new degrees to supply the growing demand for computer scientists, information scientists, communications specialists and electronic engineers. Certainly, these particular applied sciences became more marketable, but universities expanded the humanities, liberal arts and social sciences, which proliferated into non-traditional subjects of ever more parochialism, ever more opposition to science, ever more radical Left-wing politics.

The humanities, such as history, and liberal arts, such as English literature, have been taken over by progressive agendas, so that you can’t study history or English literature in general, you must take, for instance, ‘feminist and anti-colonialist voices’.

The social sciences have descended into pseudo-sciences, such that economists, for instance, think that quoting Keynes and his Left-wing disciples is ‘scientific’, while political scientists think that being ‘scientific’ means interviewing ten people who already agree with you.

That’s before we get to the new ‘non-traditional’ degrees. Think of the hypocritically self-segregated cultural, ethnic, gender, and regional studies. Think of the innumerable degrees in conflict negotiation, conflict resolution, peace studies, and war studies – marketed with thoroughly pretentious promises of a better world by ‘talking it out’, by attributing all problems to bigotry (conveniently, any scepticism is dismissed as bigotry), and by crediting all solutions to ‘international institutions’such as the EU.

A third of graduates since 2007 are over-qualified for their jobs and will not earn a premium to offset the opportunity cost of studying. People with degrees in the arts and humanities are worst off. Some non-traditional applied sciences too have been over-sold: environmental science, for instance. Damian Hinds, the education secretary, released an analysis of tax data showing that in one in ten degrees, three out of four students are earning less than £25,000 five years after they graduated. In the creative arts, average earnings are £20,000. Some universities, he said, are ‘more focused on getting “bums on seats” than getting students into courses worth paying for’.

We can expect more students to challenge universities for false claims about their products. Then there will be the employees challenging discriminatory practices in their hiring, such that a ‘feminist’ is explicitly listed for recruitment, or even a ‘woman’ is demanded – as if a male feminist has ever been hired. Academic advertisements routinely ‘encourage’ ethnic and other ‘minorities’ to apply, which in effect means that whites and males should not apply. I have heard of colleagues who did apply, then were told to enjoy their lunch but to go home before the interviews because only a certain colour and/or gender would be hired. Whoever gets to the final interview can expect to be interrogated on their views on politics, which means spouting anti-conservative, anti-Brexit, progressive dogma.

This sort of affirmative action and political discrimination is illegal from Britain to California, but is routine in academia, which is held above the law under the hypocritical principle of freedom of thought – and because most politicians, prosecutors, and police are indoctrinated in the same discrimination.

Discriminatory hiring will be academia’s next legal shock. I suspect another foreign-born female of colour will need to set the precedent.