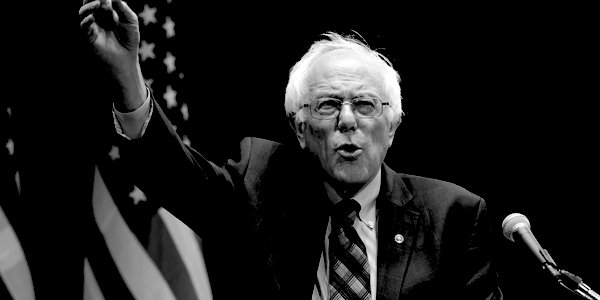 DO YOU want to hear something hilarious? Lifetime socialist and career politician Bernie Sanders has declared he intends to seek the 2020 Democratic nomination for President of the United States. Oh, the comedy that should follow this will be immense.

Bernie has a few problems on his hands and they are not all linked to his crazy policy proposals. First, he is 77 years old, which as someone pointed out on Twitter means that he is not even young enough to be a baby boomer. He is in fact technically part of the Silent Generation, having being born in 1941. This means that should he win the Presidency he will be 110 when sworn in. Well, there or thereabouts.

Sanders does have some true believers, however. His campaign announced that in the first 12 hours after his launch the senator raised a stunning $4million from 150,000 donors in all 50 states.

However, Bernie’s big problem is that he is straight, white and male. He should know that this makes him persona non grata in the Democratic party. Didn’t he receive the memo on that yet?

It is true that both his parents were Jewish immigrants to the United States, but again Sanders should know this leaves you very far down the hierarchy of victimhood so beloved by the Left.

Bernie really will struggle unless he claims to be transgender and wants to ‘transition’ to become a woman. If he did this he would be top of the tree of victims, and more of a woman than the current women who have declared for the Democrats such as Elizabeth Warren and Kamala Harris. Then he would be laughing. He would be lying, of course, but also laughing his way to the nomination.

All of this also applies to Joe Biden, should he declare. The Democrats are no longer interested in straight, white men representing the interests of working-class Americans. That, my friend, is what we like to call racist!

The other problem for Bernie and indeed Uncle Joe is that given their age and the fact that they are Democrats there is a very high chance they will be #MeToo’d. It’s inevitable, it really is. Nor does it have to be true. No evidence is needed to condemn straight, white men as sexual harassers. That, my friend, is what we like to call sexist!

So grab the popcorn, people, and watch the entertaining spectacle that will be the Democrat nomination for president. Straight white men need not apply.