Straight civil partnerships? On we march to the Amazon marriage market 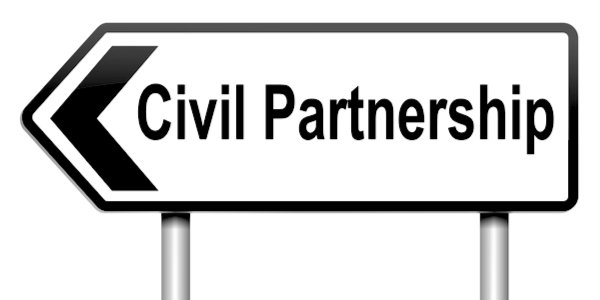 I don’t really care if heterosexual couples want to have civil partnerships if that is how they wish to commit to each other. It seems we are heading to a smorgasbord of unions when it comes to the whole life-long thing, and in this era of Amazon it does not surprise me that people want choices. Choices! Choices for all!

But it does irk me somewhat, it does rankle just a teensy little bit, that after the huge battle over gay marriage we now have straight civil partnership.

This, despite the fact that we were told that civil partnerships were simply not good enough for the gay folk; that they were inferior to marriage and treated gay couples as second-class citizens compared with heterosexual couples. Never mind that there is a significant objective distinction between same-sex couples and opposite-sex couples, namely the former category cannot reproduce naturally and the latter category can; on we marched to gay marriage anyway.

Yesterday the Supreme Court unanimously ruled in favour of Rebecca Steinfeld, 37, and Charles Keidan, 41, from London, who were denied a civil partnership. The court said the Civil Partnership Act 2004 – which applies only to same-sex couples – is incompatible with the European Convention on Human Rights. I expect legislation will follow shortly.

The couple said that the ‘legacy of marriage’ – which ‘treated women as property for centuries’ – was not an option for them. As I said, this is fair enough. If this is what they want they can fill their boots.

However, I just wish we’d had this case before the Leftists set out to destroy marriage by severing the link between marriage and procreation (a link that had been under strain for years, causing untold damage to children as a result). It makes you wonder if the whole gay marriage thing was more about destroying marriage to the irritation of conservatives and less about equality for gays.

So there we have it: on we march to the Amazon marriage market. I just ask a few things. We can all choose what unions we want to enter and in return we don’t make anyone else participate in a union they morally object to, by, say, forcing a Christian couple to bake a cake, or indeed compelling a baker to endorse a political or moral stance they object to.

And the churches should be free from political interference when it comes to carrying out weddings. This is not that difficult, unless the authoritarian streak within the Leftists dominates public life.