NewsPaperthe art of publishing
Home News Stop the War, and Corbyn himself, are merely retreads
0

Stop the War, and Corbyn himself, are merely retreads 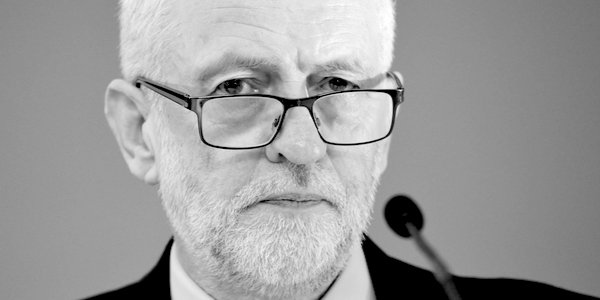 THE falling of the Twin Towers was like manna from heaven for the Hard Left in the UK. They had been ignored as ridiculous and irrelevant for over a decade. While bodies were still being pulled from the wreckage, the various communist groups came together to form the Stop the War Coalition (StW). This is a blatantly anti-American organisation, so naturally Jeremy Corbyn was one of the founders. The USA had been attacked with an intensity and surprise comparable to Pearl Harbor. The Hard Left saw an opportunity for advancement on the back of events by twisting the facts to portray the USA as the aggressor.

However, their campaigning is not original. In fact nothing the Hard Left does is refreshing or new. StW is a retread of a previous campaign called The People’s Convention (PC).

It may be hard for the reader to believe this, but back in 1940 the Hard Left opposed Britain fighting Nazi Germany. This is despite communism’s violent opposition to fascism, expressed in an over-celebrated street battle in London, and a stream of volunteers going to Spain to fight for the Soviet-supported Republican side against the Nazi-backed Nationalists, as well as calls for a ‘popular front’ against fascism. This contradiction was recognised by the general secretary of the Communist Party of Great Britain (CPGB), who quit rather than oppose a war against Nazis.

The dramatic volte-face was due to the Nazi-Soviet Non-Aggression Pact which was signed 80 years ago. Stalin was in effect Hitler’s ally in the partition of Poland, as well as providing vital supplies for the Nazi war machine to beat the British naval blockade. While the Red Army did not fight side by side with the Wehrmacht, Russia invaded almost as many countries as Nazi Germany in the first year of the war. Contemporaneous coverage of the conflict combined the belligerents as part of the same war, but fighting on different fronts.

The PC was formed to be a front organisation for the CPGB, the publishers of the Daily Worker, now known as the Morning Star. It had eight aims, later reduced to six, including independence for India, Irish reunification, restoration of trades union rights from wartime restrictions, and friendship with the USSR. There were calls for a ‘People’s Government’ and a ‘People’s Peace’. It even had its own version of Corbyn, in the form of Hammersmith Labour MP and barrister Denis Pritt. The words ‘communist’ and ‘communism’ were suppressed to maximise the attraction to well-meaning ‘useful idiots‘. StW has the same tactic.

The PC were sketchy over what a ‘People’s Peace’ would be. It seemed to involve seeking an armistice with Nazi Germany, attending an international conference, and concluding a peace treaty with Hitler on the basis of the right of all peoples to determine their own destiny.

The creation of the wartime coalition government meant that the CPGB was the only main opposition party in a time when no general election was foreseeable. The PC, like StW, was thus a coalition of opponents to the war, but, unlike StW, also the war’s social and economic consequences. It held meetings, raised funds, and produced propaganda. Its actual impact was negligible, apart from causing some official concern during the Blitz.

Wartime communists had one demand that could resonate with the British people, which was for sufficient deep air-raid shelters for the entire population, something they had demanded even before war broke out. This played on the popular fear that war would lead to a single ‘knock-out blow’ air raid that would use gas and explosive to kill millions.

The climax of the PC was a meeting in January 1941 attended by 2,000 delegates. A pamphlet recording the event was produced. It was claimed that the organisation spoke for more than a million people. However, it had no effect on the prosecution of the war. Communists were behind workplace agitation and some protest over bombing, but had no impact on policy. Government time was spent considering whether to suppress the CPGB, and for a while the Daily Worker was banned. A similar ban on PC supporters working for the BBC was overturned after protests, the most prominent by Ralph Vaughan Williams.

Once Germany invaded Russia, the reason for the PC to exist evaporated. A new glossy leaflet was produced demanding an immediate Second Front and increased production for the war effort. After this, the CPGB ‘liquidated’ the organisation. It had outlived its usefulness to them.

While Islamists make asymmetric war on the West, there is no prospect that StW will be liquidated soon. But it has to be remembered that it is following the tradition of communism to support, as well as practice, human evil.