St Greta: Is this child abuse? 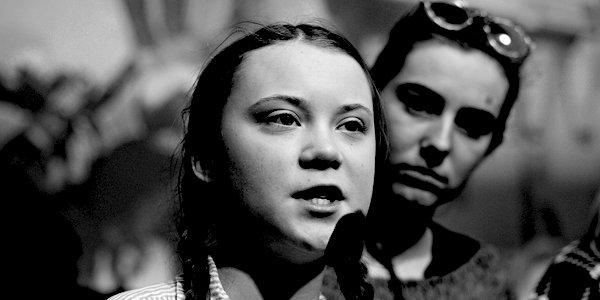 IN the publicity lull while Greta Thunberg is on the high seas on her way to the US, here is the question no one seems to be asking: Is she the victim of child abuse?

Her mother, a successful opera singer, has revealed in a book that Greta was very disturbed while growing up. She had panic attacks, anxiety and depression. At 11 she went two months without eating. Her heart rate and blood pressure showed clear signs of starvation (as a result she is very small for 16). She stopped speaking to anyone but her parents and younger sister, Beata, who also has significant emotional challenges.

At this point Greta was diagnosed with Asperger’s syndrome, high-functioning autism, selective mutism and OCD.

The question of whether the correct adult reaction was to encourage her to play truant (not from a mainstream school, but one for children with special needs) and collude in turning her into a latter-day Joan of Arc has already been raised. Her mother’s insistence that Greta can physically see carbon dioxide is worrying, and at the least suggests her judgement as a parent is deeply compromised. (Greta’s father, Svante, has given up his work as an actor to devote himself to managing her career.)

Another article, in Standpoint, produces evidence that Greta is being shamelessly used by a cabal of green lobbyists, PR hustlers, eco-academics, and companies preparing for the biggest bonanza of government contracts in history: the greening of the Western economies. Writer Dominic Green says: ‘Greta, whether she and her parents know it or not, is the face of their political strategy.’

Taken together the two articles make an irresistible case that a rather unfortunate and vulnerable child has been groomed by adults into playing a part. Her very vulnerability makes her a gift from the gods for the green lobby – you can’t criticise her without seeming like a heel. (Though it has never been necessary to fawn on her in the style of Michael Gove.)

But she won’t be a child for ever. What happens when she reaches 21 or 25? Will she become fair game? Will she be mocked and denounced? How will she cope then? The prognosis cannot be good.