Spelled out: The great degree swindle 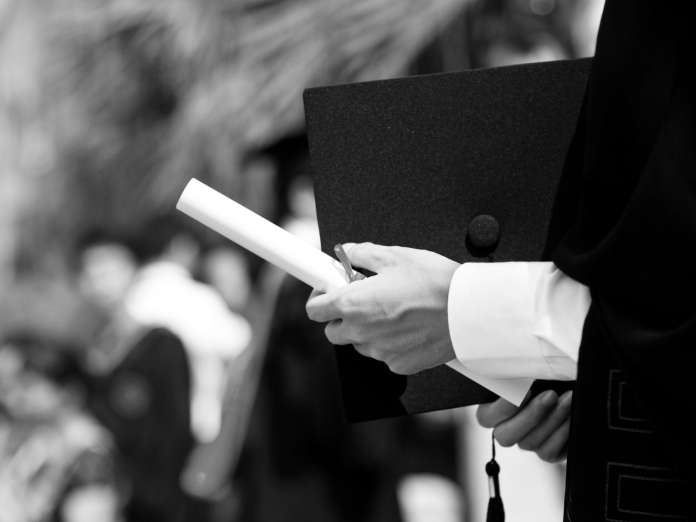 So, at last, the truth is emerging. The Organisation for Economic Co-operation and Development (OECD) has spelled it out in no uncertain terms. Even the Guardian has had to report it: Quarter of England and N Ireland graduates in school-leaver jobs was its headline. The precise figure is, in fact, 28 per cent – double the average across all developed countries.

What a fraud our government and many of our universities are perpetrating! By dumbing down the grading system for GCSEs and A-Levels, the door has been opened for a majority of youngsters to qualify for degree courses. Incentives such as free tickets to Premier League soccer matches, gym membership and free computer tablets besmirch the application process. The hangover for lots of young people is under-employment and £50,000 worth of debt that 70 per cent of graduates will never earn enough to repay. We are top of the world league table in this regard. Taxpayers are being defrauded, too, since they will have to write off the enormous losses. Small wonder we are needing to cut back on policing and defence.

Of our recent school leavers, 52 per cent now have degrees. This is amongst the highest proportions in the world. Less impressive, according to Andreas Schleicher, the OECD’s director of education and skills, is that many of these graduates are uneducated in terms of, even, basic skills:

Some people with degrees don’t have the right skills – numeracy and literacy . . . . You would label them as overqualified, but they may not be overskilled. I am not talking about somebody doing advanced mathematical analysis or reasoning, these are pretty basic numeracy skills. And you ask yourself how people could leave the school system with those skills, and then how can they make their way not only into, but even out of, higher education with a degree.

Small wonder, then, that after three years at university, under-employment and indeed unemployment is defining the future of many graduates. It is both tragic and disgraceful that so many young people are being led, Pied Piper-fashion, by educationalists with a vested interest along a largely academic pathway for which they are unsuited.

As a side effect of its wide-ranging worldwide report, the OECD has lifted the lid on a serious educational fraud. Mostly, our governments have been able to keep that lid firmly closed on what is going on. The ‘all-our-kids-are-brilliant’ line of the examinations watchdog Ofqual may defy reason but it has been buttressed by the annual call by ministers and by the educational establishment to celebrate the ritual of the examination ‘success’ story. These days, passing by many a school gate, one is assailed by proclamations of these ‘successes’. Through the process of its sterile, neutral, number-crunching analysis, the OECD has shown that much of this is little more than vain propaganda.

Many of the under-educated and uneducated cohort of recent graduates are under-employed. Others, though, are being accepted into the professions on which we rely. How much confidence can we have, for example, that a graduate in nursing, with a ‘good’ pass in GCSE maths (around 20 per cent), will able to spot a simple numerical error caused by pressing the wrong button on a calculator? The price of a fake education may well be counted in more than unpaid student loans.