South Africa and Zimbabwe – a manifesto for famine 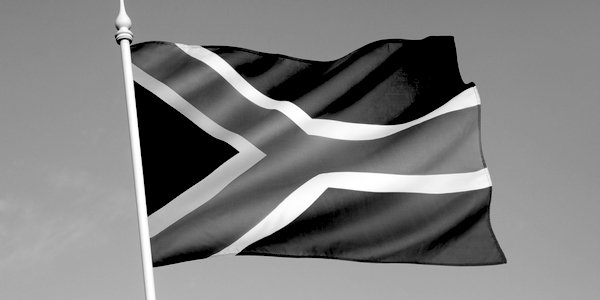 On July 30 South Africa’s Presidential despot in the making, Cyril Ramaphosa, announced that his government would be revising the constitution to enable land to be seized without compensation. This is unsurprising. Ramaphosa has been making threatening noises all year about the expropriation of farmland. He shows a chilling disregard for farmers who have looked after their land for decades and keep thousands in employment.

There are 57.4million people in South Africa, 37.7million of working age, but because 15.3million of those are considered ‘not economically active’ the workforce is 22.4million, of whom 6million are unemployed, or 26.7 per cent of the workforce. The youth employment rate is higher, at 38.2 per cent. Extreme poverty, a junk status economy and increasing youth support for the extreme Economic Freedom Party (EFF) are a recipe for a Marxist revolution.

While Ramaphosa is poised to do untold damage in South Africa, the new Zimbabwean president, Emmerson Mnangagwa, is promising to repair destruction caused by similar land reform policies enacted by Zimbabwe’s previous President, Robert Mugabe. After the recent violent election in which Mnangagwa cemented his power, he offered white farmers billions in compensation for land stolen from them by Mugabe.

However Mnangagwa is not the man of peace he professes to be. He will almost certainly resort to bribery to keep security forces loyal to him, a pattern of behaviour similar to Mugabe’s redistribution of farms to war veterans and political cronies. Nicknamed ‘the crocodile’, Mnangagwa is a more cunning version of Mugabe. He says the right words but is not to be trusted.

Having undergone military training in China and Egypt, Mnangagwa is suspected of being partially responsible for the 1980s Gukurahundi massacre in Matabeleland, a region located in the west of the country. Mnangagwa was national security minister at the time. Ndebeles were suspected of being Zapu supporters, a rival party to Mugabe’s Zanu. The Fifth Brigade, a division of the Zimbabwe National Army trained by North Korea, murdered thousands of Ndebeles in the pursuit of ‘re-educating them‘.

The Gukurahundi massacre was ignored by the global press in favour of focusing on apartheid South Africa. After signing the Lancaster Accords, which technically created the Republic of Zimbabwe, Britain was keen to step away and put the whole mess of the Rhodesian Bush War behind it. It ignored this persecution of dissidents.

So Mugabe and his cohorts, including Mnangagwa, were able to get away with the murder of more than 20,000 civilians. Thousands of black Zimbabwean refugees, long forgotten, fled to South Africa, crossing nature reserves to reach sanctuary. Some were killed and eaten by lions. That they were prepared to take that risk, and voluntarily enter a country where at that time they would be treated as second-class citizens because of the colour of their skin, speaks volumes about Mugabe’s reign of terror. And hints at what might worryingly happen under Mnangagwa’s tenure.

But where will South Africans flee to if the country turns into another rogue or failed African state? Certainly not Zimbabwe. Both countries are locked into a downward spiral, each intertwined step more deadly than the next. The ANC government doesn’t need a crystal ball to see what damage such draconian land reforms will do. Mugabe’s seizure of 4,500 mostly white-owned farms transformed Zimbabwe from the bread basket of Africa to the poor man of the continent. Almost half its population – six million – began to starve.

This is politicking at its worst. Ramaphosa is showing signs of being cornered by the EFF, who are behind the policy of land expropriation without compensation. Pandering to the youth vote, the EFF follow the Marxist ideology of Mugabe. Their land manifesto reads like a checklist for creating a famine, similar to the Stalinist-induced Ukrainian Holodomor. Land reform is a desperate attempt at a quick fix and the chaos it will cause will force more South Africans to join the ranks of the unemployed and hungry.

Perception counts when it comes to economics. Ramaphosa is trying to play down the havoc that land expropriation will bring and has pledged to attract billions of foreign investment to South Africa. But it is hard to envision how this will happen. As soon as the reforms were announced the Rand fell to a spectacularly low level.

Investors have also signalled their concerns for South Africa. White farmers are desperate to escape targeted attacks against them but are struggling to sell their land. After all, who wants to buy a farm when the government will steal it?

The removal of property rights is a signal that a country is moving away from a democracy and capitalist society – the only feasible systems promoting prosperity and growth – to a socialist state. Equality will be the ideal and mass starvation, lawlessness and conspicuous consumption for the repressive elite rulers will be the reality. Frustratingly the ANC has not learnt from the lessons of apartheid: that big government and racial identity politics are destructive.

Land expropriation policies will have a destabilising effect not only in South Africa, but globally. Millions of Africans are expecting to migrate to Europe over the next few years. And most will be from sub-Saharan Africa. If South Africa dovetails further with Zimbabwe refugees will flee from there too. War, famine and population growth are just a few factors pushing this great migration northwards. Even more misery and anarchy on both continents will abound. The only winners will be the people traffickers.

The West needs to act now. Throwing money at the problem will not help as this will almost certainly be siphoned off by the ANC elite. Farmers whose land is confiscated will be left destitute and so must be given asylum by the West, especially Britain which has abiding ties with South Africa. We cannot rely on the ineffective UN to be of any help. The legacy of colonialism and apartheid is no excuse for cowardly silence or appeasement of dictators who would ruin their homelands in pursuit of ideology. The spotlight must be kept on both countries. Britain wants to be a player on the world stage. South Africa is a good place to start.