NewsPaperthe art of publishing
Home News Sorry, the right to free speech has been cancelled
0

Sorry, the right to free speech has been cancelled 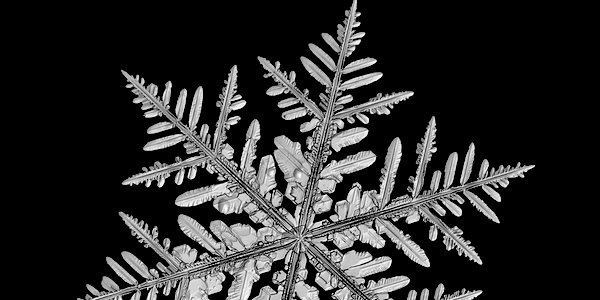 THE UK left the EU on Friday. This was a moment to celebrate the great spirit of the British people who have fought for freedom and defied the political elite and their plans to eradicate the United Kingdom as an independent nation.

Yet, in matters away from Brexit, freedom of speech continues to be eroded, and the rise of ‘cancel culture’ continues. ‘Cancelling’ is a new terminology but it is not a new phenomenon; it is only a description of the latest mutation of the suffocating culture of political correctness into a more virulent strain of oppression.

The veteran broadcaster Alistair Stewart was ‘retired’ from his job for quoting Shakespeare to a snowflake. He was summarily smeared as a racist by the Twitterati for quoting the line:

But man, proud man,
Dress’d in a little brief authority,
Most ignorant of what he’s most assur’d –

His glassy essence – like an angry ape
Plays such fantastic tricks before high heaven
As makes the angels weep; who, with our spleens,
Would all themselves laugh mortal.’

Apparently, mentioning an ‘angry ape’ is now grounds for disemployment on the basis of racism. To any clear-thinking person, charges of racism for quoting Shakespeare are ridiculous, but in today’s woke culture entirely innocent people can be pronounced guilty without any due process, and punished by disemployment or dragged through the courts to make an example of them for wrong-think. A system of injustice against the majority is being constructed which increasingly resembles the horrific repression of the Soviet Union.

In the second case, the American Christian evangelist Franklin Graham has scheduled a tour of the UK in the summer, but his events in Liverpool, Glasgow and Sheffield have been cancelled after he was accused of having ‘homophobic views’. The pressure to cancel in this case comes from intolerant anti-Christian LGBT activists. Anyone who does not agree with the fake Conservative/LibDem redefinition of marriage or the false mantra of ‘born gay, always gay’ is to be silenced.

The latest cause célèbre of LGBT activists is the attempt to criminalise counselling for unwanted same-sex attraction which they pejoratively call ‘conversion therapy’. Franklin Graham supports ‘conversion therapy’ which has been reported to bring psychological relief and healing to ex-gays who have suffered from child sexual abuse.

Finally, former Apprentice star and commentator Katie Hopkins was cancelled from Twitter – her account suspended indefinitely for calling out the rapper Stormzy – by so-called ‘anti-hate’ campaigners. Her thought crime was to challenge him for his view that the UK is racist.

She wrote: ‘Try being a white male in Britain, Stormzy. Back of the line. Minority with no rights. What’s your real name you utter c***womble? Chuffing Tyler?’

Stormzy, whose song lyrics include: ‘F*** the government, f*** Boris’ and ‘Kill ’em with the skengman sound, skengman flow, skeng man down’, where skeng is a slang word for knife, is celebrated by the ‘progressive’ illiberal-Left as a hero and therefore not subject to any cancellations at all.

Chief among the organisations agitating to deny freedom of speech to Hopkins is the Centre for Countering Digital Hate (CCDH), a new organisation backed by a motley crew of illiberal-Leftists and Labour politicians such as Sadiq Khan, Gary Lineker and Eddie Izzard.

Hopkins is not always to everyone’s taste, but to censor her for expressing a valid opinion represents a creeping totalitarianism – the same totalitarianism which also cancelled a Christian preacher and a Shakespeare-quoting journalist.

It is worth remembering the words of Edmund Burke who said: ‘All it takes for evil to triumph is for good men to do nothing.’ If good men and women do not resist the creeping evil of cancel culture, in the end it will crush freedom of expression for everyone.