Some sense at last on pick-your-own sex 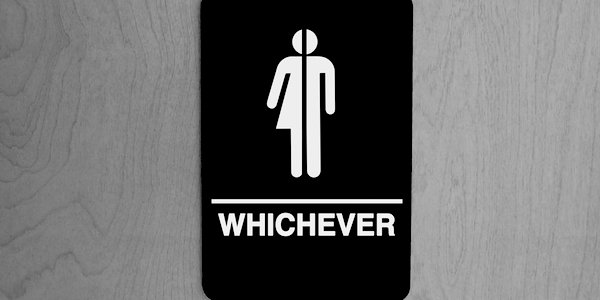 FOR once, some good news: ‘Pick your own sex’ plans are shelved. ‘Equalities Minister Liz Truss abandons drive to relax laws around changing gender’ announced the Mail on Sunday, claiming Truss’s change of stance as a victory for the paper.

Well, good for the Mail on Sunday. And good for Liz Truss if she is finally reversing the May, Miller and Mordaunt surrender to the LGBT lobby and its mission to change the law to allow for gender self-identification.

Prompted by the paper’s reports of rocketing numbers of under-18s starting radical (hormonal and surgical) sex change treatment, Ms Truss had decided to put plans for the reform of the Gender Recognition Act on ice, they reported.

But reading on, whether she had yet grasped the wider concerns about transgenderism voiced by writers like Rod Liddle, regarding the widespread imposition of the trans pretence, becomes less clear. Someone ‘close to’ her, has assured the MoS that the Secretary of State’s belief remains that ‘adults should be given full freedom to decide how they want to live their lives and should not face barriers to doing so’.

It is when children are growing up and ‘are still developing those decision-making capabilities’ where there is ‘a role to be played in protecting them and making sure that the implications of decisions are fully understood’.

It is a worrying comment, as though how we treat adults’ presumed rights and what children come to understand might be theirs are entirely unrelated. What exactly too are the barriers referred to?  And where does Ms Truss think this surge in demand for under-age gender reassignment comes from, if not from the encouragement of her well-meaning but foolish former colleagues, who began their Government meddling in the nightmare world of transgenderism back in 2015.

We reported then how, thanks to the Department of Education, a radical ‘trans’ agenda was being introduced to both primary and secondary schools; how Ofsted had castigated schools that were not sufficiently on message about ‘the protected characteristics as set out in the Equality Act 2010, particularly those relating to gender re-assignment and sexual orientation’.

Was Ms Truss, I wonder, aware of any of this at the time, of her own government’s education department, of Justine Greening’s role as Secretary of State, in encouraging transgenderism?  Is she now? We warned then how Greening’s Children and Social Work Bill would make sex education, along with ‘personal, social and health education’, compulsory in all primary schools in Britain; and that Miller’s Women and Equalities Committee advice was that this meant teaching ‘trans issues’.

And so it has transpired while the majority of Conservative MPs, with an honourable exception in David Davies, have turned a blind eye or worse welcomed it.

In these intervening years trans activist teacher groups have successfully introduced their teaching materials, while parents and children have been made to comply with this new orthodoxy – whether with respect to school uniform or modes of address.

And now, as Belinda Brown recently observed, it is the parents protesting at this indoctrination who are regarded as the extremists by government advisors and the media not the teachers pushing their ‘transformative’ agenda on small children.

Not even toddlers are immune from this ‘ABC of Equality’ indoctrination, another TCW writer, Caroline ffiske, discovered: ‘My heart goes out to all the kids who will become part of the collateral damage along the way. The girls who, a few decades from now, with their breasts lopped off, perhaps sterile, will ask: “Who did this to us?”’.

It is a question Liz Truss needs urgently to address.

Shelving ‘reform’ of the Gender Recognition Act is very welcome of course. But so much else has been lost – or ceded – in this short time. A doctor’s dismissal for refusing to kowtow to a scientific lie has been upheld in the courts in a ruling which compels belief in transgenderism but makes no concession for freedom of conscience based on Christian faith.

Whether it’s over women’s sport, whose end is presaged by the McKinnon case, women-only NHS wards, or regarding further EHRC plans for schools, or an end to girls-only toilets, oppressive trans-madness rules. News that the next census is to allow ‘trans’ people to choose their own gender is the latest politically correct capitulation to this madness. Academics’ warnings that our national survey ‘does not exist to validate people’s identities’ have fallen on stony Parliamentary ground. The new Census bill is due to receive Royal Assent and become law.

This has all happened on the Tories’ watch.

At last we have a Minister who seems to be seeing sense. Let’s pray that her announcement is but the start to stemming this folly.