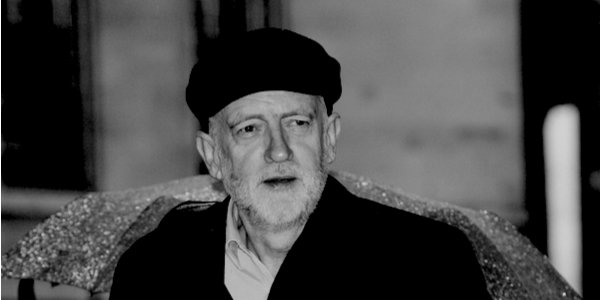 LANGUAGE is fluid, certainly in the English-speaking world. The meanings of words change through the ages, driven by cultural change, necessity and commerce. The word ‘Jordan’ has reverted to referring to the Hashemite kingdom bordering Israel after being appropriated for a couple of decades by a surgically altered and highly pneumatic media personality. However, the word ‘momentum’ describing the physical property of an object that has been subject to a force has been hijacked by communists. Here are some other words that have found new uses, and not for the better:

Problematic: The word could be used for a device in a Robert Sheckley science-fiction story, set in a future of comfort and luxury, designed to provide otherwise indolent citizens of an automated utopia with personal challenges to overcome lest they get too bored. Why it has come to replace the words ‘causing a problem’ is not clear, except that it does appeal to unashamed sesquipedalians even though it uses one syllable fewer than the words it replaces. The definition of a problematic idea is no longer restricted to the thoughts and expressions of unreformed National Socialists and their ilk, but has been extended to other heretical ideas, such as a woman being an adult female who was born with female genitalia and a womb, and that transwomen do not need tampons or smear tests for cervical cancer. This new meaning is already widely known. A person who expresses problematic ideas is socially deviant beyond the limits of acceptable diversity, pitchforks-and-firebrands-burn-them-at-the-stake kind of stuff. Any problematic expressions made by such a person will be career-limiting. If the expresser of problematic ideas is a public speaker, he or she will be banned from speaking in public at liberal institutions for ever, no matter how liberal their previous public speaking career. It is interesting to note that while National Socialist ideas are always defined as problematic, Soviet Socialist ideas never are, not even those expressed by overt and covert Stalinists. This explains why Jeremy Corbyn has had such an easy ride in interviews on broadcast television.  Or it may be that any editorial decision to challenge Corbyn on live television runs the risk of being exceptionally problematic for all involved after the General Election, should Corbyn win somehow.

Committed: To do the precise opposite, as in ‘the Labour Party is committed to rooting out anti-Semitism’. Being committed to do something does not mean actually doing it in socialist-speak. A person with a 20-a-day high-tar cigarette habit may well be committed to giving up, but it does not mean binning the Capstan Full Strength right at that moment, if ever. When the BBC’s Panorama exposed Labour’s inner workings over anti-Semitism, Labour could have pointed out case studies where these workings actually worked and anti-Semites were purged in a timely and efficient manner. They didn’t because they couldn’t. But they remain committed to doing so, which means doing absolutely nothing, if not tacitly or covertly encouraging anti-Semitism in the party. More recently, Nia Griffith, the shadow defence secretary (which I guess you did not already know), stated on Sky News that Labour were committed to retaining the Trident nuclear deterrent, which obviously means that Day 1 of a Corbyn government will see all the missile-carrying submarines recalled to base, where they will be disarmed and sold for scrap. Labour did not, for example, say they were committed to providing free broadband, they said they were flat-out going to do it if elected, and showed how it would be done by destroying the British telecommunications industry. No bandying around the word ‘committed’ there for the comrades.

Anti-fascist: Anti-Semite. Most people in the UK are anti-fascist in the classical version of the term. We do not want a corporatist state based on the leadership principle that leans towards sadism. Goose-stepping and jackboots have an unhealthy continental quality about them. However the use of the word ‘fascist’ has become rather flexible in the last four decades, and now refers to any mode of political or economic thought or action that deviates from the notions of a planned command-based economy where interests are represented by, well, corporatist elements, rather like the way that affiliated organisations are involved in the decision-making process in the Labour Party. This does not mean that the Labour Party practise fascism, well, not openly, so far, touch wood. However the modern use of anti-fascist refers to a person who broadcasts his or her anti-fascism, with all its modern flexibility, all the live-long day to anyone who will listen and to many more who do not want to. Since these loud anti-fascists also hate the State of Israel, which they probably regard as fascist, they see it acceptable to hate Jewish people by extension, finding the kind of fascist anti-Semitic tropes acceptable, but without appreciating the irony. Real, proper, decent people are inherently anti-fascist, and do not need to tell everybody about it, still less to demand of people to state whether or not they are anti-fascist. Overt anti-fascism is seen by its practitioners as virtuous. Ordinary people see it as little different from fascism.

Anti-racist: Anti-Semite. As above, most people in the UK find racism unpleasant and boorish, and do not feel the need to march though the streets behind gaudy banners to advertise this in the manner of a loud anti-racist. The irony of these socially redundant vocal protesters is that they believe that expressing directed hate is a good way to combat racism. As with the anti-fascists above, their definition of racism is rather widely drawn, and as such their hatred is also as broad. Vocal anti-racism of the kind trumpeted by the Left contributed to the persistence of a culture of organised gang rape. Unable to recognise the consequence of their rhetoric, these loud anti-racists have never acknowledged their part in ruining the lives of hundreds of vulnerable girls who were violated thousands of times in numerous provincial towns. The vocal anti-racist typically also exhibits antipathy towards Israel, and thus also Jewish people by extension. Anti-racists do not regard anti-Semitism as racism, seeing it instead as part of the struggle to promote the interests of terrorist groups dedicated to the destruction of Israel and its people, a dedication which for some reason they do not see as problematic (qv). Apart from being very loud about their anti-racism, it is not clear precisely what most noisy anti-racists have achieved apart from inhibiting the state from performing its prime function to protect Her Majesty’s subjects from harm. Anything other than a complete open-door immigration policy is seen by these people as racist.

While the Oxford English Dictionary continuously updates the use of language, it probably will not use the above definitions. But that does not stop them from being true. I hope the above clarifications will make listening to socialists being interviewed more understandable when they talk in their code.