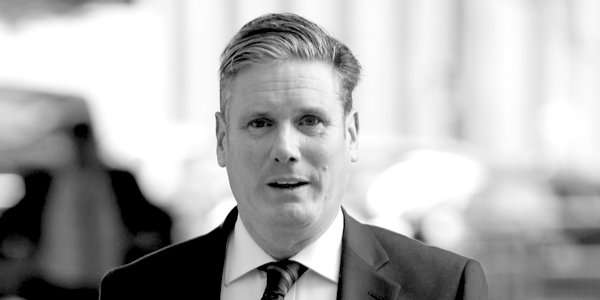 THERE has been so much focus on what the Conservatives, DUP etc have been doing that the media seem to have missed a cunning conspirator in the ‘kill Brexit’ camp – Keir Starmer. He is an intelligent man, respected by his colleagues, who has cleverly managed the Labour response to ensure maximum damage.

When Brexit was first brought to the Commons after the vote, he invented ‘Six Tests’ and persuaded his colleagues to adopt them. The cunning plan enabled the Labour spokespeople to claim repeatedly that they were in favour of Brexit, but that they would agree only to a deal which included their ‘very modest’ Six Tests:

Starmer’s Six Tests for the Brexit deal are:

1. Does it ensure a strong and collaborative future relationship with the EU?

2. Does it deliver the ‘exact same benefits’ as we currently have as members of the Single Market and Customs Union?

3. Does it ensure the fair management of migration in the interests of the economy and communities?

4. Does it defend rights and protections and prevent a race to the bottom?

5. Does it protect national security and our capacity to tackle cross-border crime?

6. Does it deliver for all regions and nations of the UK?

Note that No 2 means that we do not leave the EU in anything but name. It’s a bit like a family voting narrowly to go vegetarian and the meat-eaters saying they are happy with that decision so long as meals contained the exact same ingredients as before. This trick enabled Labour to vote against May’s deal while at the same time claiming they were in favour of Brexit so keeping both parts of their electorate happy to some extent. Note that Starmer led the Labour delegation to the cross-party talks in May, but, having created the illusion that Labour was ‘negotiating’, he insisted on a second referendum – and the talks collapsed.

For hard Brexiteers this is all irrelevant, but for those Brexiteers who wanted the UK government to negotiate the best deal and then leave in March this year, Starmer’s antics have been devastating.

Sure Theresa could have done a better job, driven a harder bargain, but any negotiator would have achieved only marginal improvements on her deal. At any point it would have required only 30 Labour MPs to support the deal and we would now be negotiating the terms of trade etc rather than the logjam fiasco we see today.

The current Labour strategy for Brexit is also ‘smoke and mirrors’ with talk of a renegotiation and then a second referendum. Has Starmer let slip the façade and shown his true colours? He has claimed that Labour is the party of Remain and that the party should campaign for Remain in any referendum.

Far too much focus has been put on disunity in the Conservative Party and too little responsibility for the current impasse on the way Labour has acted. We must ask why the mainstream media have let Labour off the hook like this. It cannot be the case, surely, that they secretly support the subterfuge?

Mike Bell
Mike Bell is a former teacher who now campaigns on boy’s underachievement in education, male suicide and other issues where boys and men are at a disadvantage.