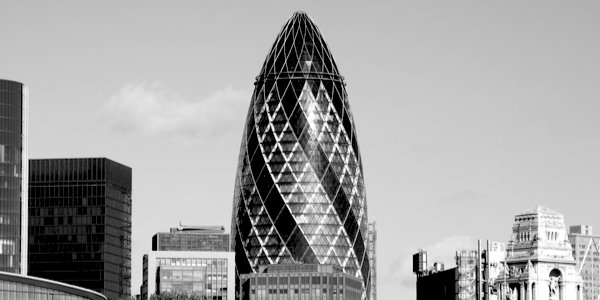 MOST normal adults don’t see penises everywhere. But ever since Sigmund Freud kick-started the psychoanalytic movement at the end of the 19th century and introduced the idea of phallic symbolism, that hasn’t been true of everyone.

Now, more than 80 years after his death, his odd obsessions still have resonance in radical feminism.

Freud was an important thinker who made valuable contributions to psychology, yet he was also often very wrong. His over-emphasis on sex and ability to see hidden eroticism in surprising places attracted much deserved derision and today his influence is limited. You can only find so many phallic symbols before the world laughs you into irrelevance.

Feminism once provided some of Freud’s strongest critics. His bizarre theory of ‘penis envy’ – that little girls develop a pathological sense of inferiority on realising their anatomical differences from little boys – made him a feminist hate figure. He was considered part of the oppressive patriarchy for interpreting all psychology from a masculine perspective.

Yet today, you can see Freud’s influence, even if unacknowledged, in the half-baked and semi-magical thinking of modern identity politics. His accidentally comic ability to find representations of the penis almost anywhere lives on.

Leslie Kern, Associate Professor of Urban Geography and author of a new book, Feminist City, tells us that in our built world, urban skylines contain a monstrous display of male power.

It seems that the skyscraper is nothing but a concrete, steel and glass phallus. An exaltation of ‘toxic masculinity’.

Professor Kern explains this in a recent Guardian article, which has a headline almost impossible to parody: ‘Upward-thrusting buildings ejaculating into the sky’ – do cities have to be so sexist?’

In it, she approvingly describes the ideas of American poet and professor of architecture Dolores Hayden, who once wrote an essay with the even more startling title of ‘Skyscraper Seduction, Skyscraper Rape.’

Kern describes Hayden tearing ‘into the male power fantasies embodied in this celebrated urban form’, with the office tower being part of ‘the procession of phallic monuments in history – including poles, obelisks, spires, columns and watchtowers’.

Hayden cites as evidence of male oppression, how in discussing their ghastly phallic creations, male architects ‘un-ironically use the language of “base, shaft and tip” while drawing upward-thrusting buildings ejaculating light into the night sky’.

Although Freud might well have agreed with such language, others might find duller explanations for the shapes and proportions of the offending constructions. Being neither an urban geographer nor a feminist architect, I would have assumed, perhaps naively, that in areas where land is prohibitively expensive, like the business districts of major cities, you might want to build upwards. Thus creating a tower, rather than spreading your construction outwards.

Surely occupying horizontally the amount of space a skyscraper does vertically would increase your costs exponentially?

The financiers and the managers of pension funds and hedge funds, the people who pay for these projects, might be disproportionately male. But I doubt that their major shareholders or accountants would allow very much damage to the bottom line just to celebrate ‘ejaculations’ into the sky.

As for watchtowers, again perhaps I’m naïve, but a single-storey watchtower doesn’t strike me as being of much use. While poles, whether for stringing cables or supporting lights, or any other purpose, seem strictly utilitarian.

Spires of course have little practical value, but I’m inclined to believe the traditional explanation. That those who built our churches and cathedrals were more concerned with symbolically pointing to Heaven than anything more profane. And what use would a horizontal obelisk be? Any status symbol, gendered or otherwise, needs to be striking and visible.

I’m not especially shocked that male architects might ‘un-ironically’ refer to ‘base, shaft and tip’. Being neither a radical feminist nor a Freudian ideologue, I don’t automatically think about penises if I hear these rather innocuous words. Is that my toxic masculinity exposing itself? Or am I just a more-or-less rational adult?

Professor Kern’s article raises various practical issues about how our cities are laid out and how poor or thoughtless design might disproportionately affect different groups. Even if you disagree with her perspectives, these are very reasonable subjects for debate.

And I agree with her: cities should be for everyone. But I will always struggle to take seriously anyone who needs telling that however dim the lighting neither Canary Wharf or the Shard actually resemble anyone’s genitalia.

No, really, professor, metaphorically or literally, they simply don’t.