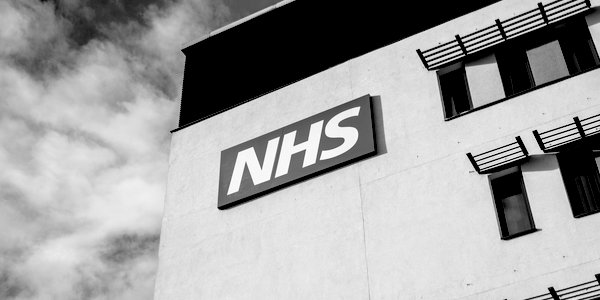 When Laura Perrins asked how Generation Rent would pay for the NHS, she was thinking the same as I and many others have been thinking for some time.

The answer of course is that something has to change. The question is will it be planned change or a Venezuelan-style meltdown? Unfortunately most governments are incapable of making the type of decisions needed and change only comes when there is total crisis, the EU being a perfect example of this.

So how about working within the existing £122billion NHS budget or £2,200 per man, woman and child per year?

Here are some ideas, none of which is likely to be implemented in our politically correct, socialist country.

The first is to stop litigation and ambulance-chasing lawyers. As much as £1.5billion is spent each year on litigation and this is expected to double by 2023. Like all humans, doctors make mistakes but they almost never do it maliciously. If you want a free service, accept the risk yourself and sign that you waive all rights to sue the NHS. There is your first 1.2 per cent saving.

A small anecdote: there is a volunteer medical centre high up in the Himalayas in Nepal to help trekkers and climbers suffering from altitude sickness. Things got so bad with the fear of litigation that the centre stopped offering help to American climbers. Would you rather be able to sue or survive?

Next, end the use of translators: Cost £100million a year.

If you are living in this country, how is it that you need a translator and cannot bring a friend or relative with you? This might only be another 0.1 per cent of the total budget but it all adds up.

Health tourism: This the one brought up all the time in relation to the immigration debate. Here is your next 0.1 per cent to 0.3 per cent saving.

Is the NHS offering hospitals or hotels? If you go into hospital in Nepal, you get a bed but no sheets, no food, and no care except medical care. The doctor sticks a prescription on the end of the bed and your relatives have to go and buy the drugs and bring them back for administering. Your family bring in your food. That is how Nepal manages to spend £100 per year per head on healthcare. Obviously such a scheme is ‘unthinkable’ here, but why? Why shouldn’t people pay for food that they would obviously pay for if they were not in hospital? The cost saving on food provision would be another 0.1 per cent at £10 per patient day.

Cosmetic surgery, breast augmentation, transgender operations, fertility treatment, the list goes on: all these are essentially optional. How about paying for them personally rather than asking the taxpayer to foot the bill? At least another 0.1 per cent saving here.

Waste and bad provisioning: ever been to the doctor’s for an abscess or a minor wound? I was given bundles of tape, bandages, syringes etc – so many in fact that five years later, I am still using them. This is madness. But when neither the patient nor the staff pay for the items, and the staff are more worried about litigation than efficiency, this is the result. Numbers here suggest that £7.6billion could be saved, a staggering 5 per cent of the budget.

And now the biggest one of all: bureaucracy. It is quite difficult to get accurate numbers on the proportion of front-line medical staff to bureaucrats historically, but there is no doubt that the number of office staff continues to increase. Even this year, we find that whilst numbers of nurses are cut, managers go up by 7 per cent. And this has been continuing year after year. Whilst we lose GPs, we add managers.

Only 37 per cent of NHS staff are any kind of medic. Again, litigation is a driving force of this. Historic numbers in GP surgeries suggest the traditional ratio of medical staff to administration was about 70:30, not 30:70 as now. Could not another 5 to 20 per cent of budget be saved here?

Who do we train to become doctors? If we continue to accept a disproportionate number of women as medical students and have 90 per cent of our current GPs in training planning to work part-time, we have another enormous burden that the country can ill afford, as I wrote about here. About 75 per cent of paediatricians are women and, guess what, they like babies so they have them just as they finish training at the age of 28. The NHS spends millions training people who never work for the system. If people are trained by the taxpayer, we need to tie them into contracts as with the Army.

There are so many other things the NHS could do if properly run, and this is a short summary:

Deal with IR35 (the self-employment tax issue) – the NHS fired people then re-employed them as consultants. Another own goal that is causing chaos to its staff.

Reduce missed appointments which cost the NHS millions. ‘Free’ services are not valued. The aid business knows this well. In Nepal, we charge everyone 50p so they value our service. (I founded and chair a healthcare charity run entirely by volunteers. www.nepalinneed.org)

Irrespective of income, a £5 charge taken when the appointment is booked would save millions.

Of course, what will actually happen is none of the above. We will lurch from crisis to crisis until we end up with a destroyed system.

But we have to get off the argument that it is just immigrants causing the problems in the NHS and that we can’t do anything about it. The truth is that the NHS, as it is run now, will inevitably collapse even if immigration was stopped tomorrow.