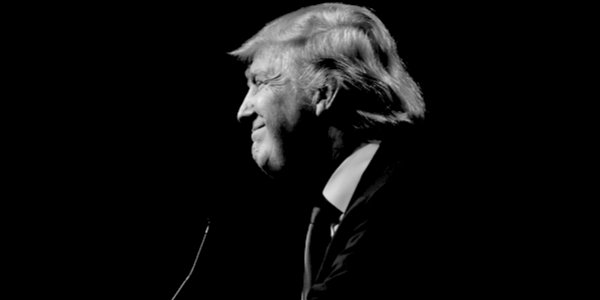 This is the last in our series of the best conservative speeches from the last century to the present day.

Donald Trump does not have a natural way with words like Ronald Reagan. He is not an ideologue like Margaret Thatcher. He does not have the intellect or the prodigious grasp of history that Churchill had. Yet in the last year he has delivered the two most significant conservative speeches of this century.

The first was in Warsaw last July, and the second was two months later in New York to the United Nations which you can see here:

He gave an uncompromising message to a chamber that ‘has been filled with decades of lies, hypocrisy and globaloney’ that spelt out the Trump doctrine (for anyone daft enough not to understand the coherence of his national and global policy). Described as explosive and a game changer, it was both. In this ‘Rocket Man’ speech he called time on Korea and Iran, asserted the importance of national sovereignty while defending an American centred world order.

But it is his tour de force in defence of Western civilisation that he gave to the Polish people that I have singled out for my seventh great conservative speech. It is great just because he is not a natural orator, because the subject matter demanded an oratory that is simply not his style. And yet, he still did it. Starting hesitantly it built gradually, rising finally to an impassioned crescendo. It was authentic, and articulated what so many of us care about that most politicians are so cavalier about – the defence of our civilisation and our hard-won democracy and freedoms.

We have to remember that our defense is not just a commitment of money, it is a commitment of will. Because as the Polish experience reminds us, the defense of the West ultimately rests not only on means but also on the will of its people to prevail and be successful and get what you have to have. The fundamental question of our time is whether the West has the will to survive. Do we have the confidence in our values to defend them at any cost? Do we have enough respect for our citizens to protect our borders? Do we have the desire and the courage to preserve our civilization in the face of those who would subvert and destroy it? We can have the largest economies and the most lethal weapons anywhere else on earth but if we do not have strong families and strong values than we will be weak and we will not survive.

Simply, he is right. You can see it here (including the First Lady’s introduction).

This analysis of how and why this speech marks him and his policies out is worth reading.

It’s ironic. The man reviled for his character is proving to be a politician of his word. Revisit his speech to the UN to see how he keeps the political promises he makes; already good on Korea and Iran – and how long has he been office? Not yet 18 months. When, I wonder, will the transatlantic establishment realise how much they have underestimated him and start to take him for the determined man he is?