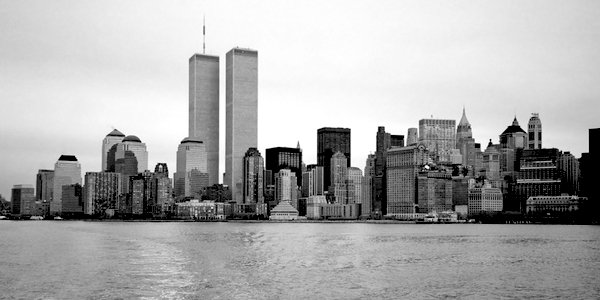 Eighteen years ago on this day, nearly 3,000 people were killed and more than 6,000 injured in the 9/11 terror attacks that targeted one of the most secure cities in the most powerful country, the United States of America. It is hard perhaps to commemorate 9/11 if you don’t understand it.  One of our American readers, Audre Myers, does.

EIGHTEEN years ago today, I was at work. Every radio in the building was tuned to news. All work had stopped, people were sitting and standing around the radios.

My office phone rang. When I picked it up, the voice said, ‘Have you heard what’s happening?’ I almost didn’t recognize the voice of my own son. Because his voice was thick with fear. He was 31 then, a husband and a father of two small boys. I said, ‘Yes . . .’ and before I could say another word, he said, ‘Ma! They got the Pentagon!’ I’m crying as I’m writing this. Fear. In all his 31 years he had never been afraid of anything. Anything! This conversation plays over and over again in my brain every September 11. When America, and my beloved son, knew fear.

The young woman in charge of the company for the day, a young woman with ambition, got on the public address system in the building and announced, ‘Everyone back to work. None of this has anything to do with us. Back to work.’ And that, too, plays over and over again in my head. We live in Florida, you see, so how could what happened in New York, Virginia, Pennsylvania have any bearing on us? Oh, my God.

When the news broke about the first plane hitting the first tower, I spun around in my desk chair and said to the department manager, a young, college educated woman, ‘Oh, my God! All those people!’ She stopped what she was doing and said, ‘There’s a lot of people there?’ What tiny little lives people lead. I had to try to explain to her why it was called the World Trade Center! The WORLD Trade Center. Of course just then, we all thought it was just an accident. When the news came that the second tower had been hit, the manager turned to me, speechless, and tears started welling up in her eyes. She got it.

It’s an open wound that never goes away.

Editor’s note: 9/11 marked the beginning of terrorism as a global phenomenon. Sadly, we cannot say we now live in a safer world, as this analysis of global terrorism data sets out. The world has witnessed significantly more terror-related acts in the 16 years (2001-2017) after 9/11 than in the 31 years before it.