NewsPaperthe art of publishing
Home News Scruton on a shared identity, the bedrock of political trust
0

Scruton on a shared identity, the bedrock of political trust 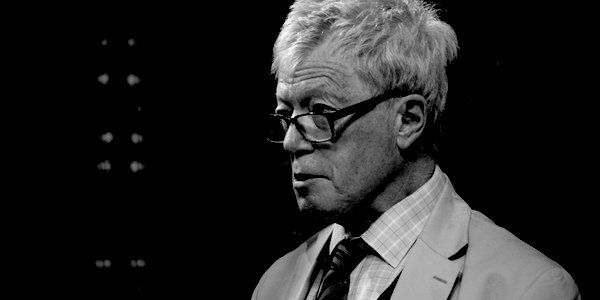 This is the eighth in our series dedicated to the memory and works of the conservative philosopher Sir Roger Scruton, and our eighth lesson for the Conservative Government drawn from his writing.

This week we are republishing the keynote speech Sir Roger gave on the future of Europe, national identity and the virtues of patriotism and nationalism, to the ‘Europe at a Crossroads’ conference last May.

The lesson from the third section of speech is this: Politics presupposes a shared identity – it is the foundation of trust.

ALL across Europe people are beginning to ask it. Identities are many and often compete with each other. I have an identity as a writer, as a philosopher, as a husband and as a father. In the various spheres within which I live and act, I recognise the constraints, norms, duties and freedoms that belong to those spheres and provide them with their meaning.

In a sense an identity assigns me to a group. Some groups also act as groups, taking decisions on behalf of their members and requiring the members to accept what is undertaken in their name. Hence when we act collectively, as in a committee, a team or a club, we need a clear conception of who belongs with us and why.

This conception will define what the members owe to each other and why they are included in the deal. It will be the foundation of the trust on which the collective is built. It is in this sense that politics presupposes a shared identity, a definition of who is included that enables each of us to adopt the decisions made in our name.

But what happens when trust disintegrates, when the issues that are the closest to people’s hearts are neither discussed nor mentioned by their representatives and when these issues are precisely issues of identity of who we are, who is included and who is not?

This seems to me where we have got to in Western democracies – in the United States just as much as in Europe – and recent events on both continents would be less surprising if the media and the politicians had woken up earlier to the fact that Western democracies are suffering a crisis of identity.

The ‘we’ that is the foundation of trust and the sine qua non of representative government has been jeopardised, not only by the global economy and the rapid decline of indigenous ways of life, but also by unprecedented migration, with other languages, other customs, other religions and other loyalties.

Moreover, people cannot question this publicly without risking the charge of racism and xenophobia. Therefore they cannot begin the process of coming to terms with it by discussing what the costs and benefits might be. Every kind of intimidation is used in the effort to silence the conservative voice.

Traditional conservatism has been hostile to intellectuals, but not always hostile to ideas. The one idea about which it was always absolutely clear was this idea of identity. The point was made at the outset by Burke and Hume. A political community is not a business partnership or a contractual deal. It is a historical settlement bound by loyalty and sense of belonging of a kind that finds its highest expression in a national culture.

It depends upon neighbourliness and what Burke called the ‘little platoons’, and upon the love between generations that only the family can properly sustain. As to what else it requires – for example in the way of religion, schooling, legal order and sovereignty – this has been the topic of conservative philosophy ever since.

Powerful considerations were given for that conception of political identity not only by Burke and Hume, but by continental thinkers like Maistre and Hegel. Our political class today, however, has fallen under the goal of globalism, according to which the old idea of self-contained nations within definite borders and subject to territorial rule of law is seen as a kind of anachronism.

If people cling to that idea as a guarantee of identity, then a new and global identity is needed to win them over from their alien habits. The Brexit vote was an expression, however, of another kind of alienation.

We continue Sir Roger’s lecture tomorrow. It can be seen and heard in full here.