Sarah Smith: Mrs May puts crook Clinton in the shade 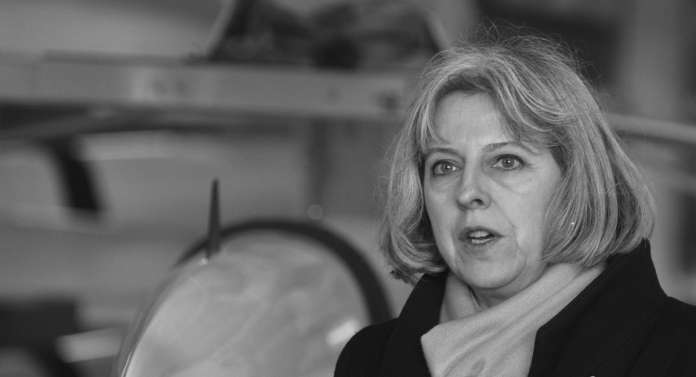 This blog was originally posted on Bold.

Last week, the United Kingdom welcomed its second female prime minister, Theresa May, since the late great Baroness Margaret Thatcher stepped down in 1990. History was made once again in what is becoming a rather historic summer in the U.K. On the heels of a very passionate and divisive E.U. referendum, Theresa May is now set to join global leaders on the world stage, and lead the U.K. out of the E.U.

But the big question remains whether or not the United States will put forward a female president in November to join Mrs. May on the world stage? It would be a quite shattered glass ceiling if there was a female U.S. president alongside a female U.K. prime minister, but also next to the female German Chancellor (Angela Merkel), First Minister of Scotland (Nicola Sturgeon), and perhaps even a first female president of France (who is very controversial in her own right), all at the same time!

Yes, it’s a massive achievement to get to the point in our politics where “the special relationship” between the United Kingdom and the United States would be preserved by two women. (You can almost imagine them having a girl’s day out at Harrod’s and tea at the Ritz.) Two women from the baby-boomer generation who developed their world views during the feminist movement, and who both have Ivy League educations respectively: Hillary at Wellesley College and Yale, and Theresa at Oxford. Both of them married their college sweethearts and had great ambitions in politics from a young age; however, this is where their similarities end.

May has a most loving marriage of almost 35 years with her ever-supportive husband Phillip May. They have no children as they were unable to conceive. She is the longest serving Home Secretary of the last 60 years, which is almost the equivalent of being the head of Homeland Security in the United States. Her time as Home Secretary was never mired in scandal, misuse of funds (or that of emails), and she has been widely regarded as a “safe pair of hands.”

May is known for not being too open or warm, but she gets on with the job at hand with no fuss or publicity stunts. Her most notable achievements were extraditing radical cleric Abu Qataba to Jordan and taking on the police union, all the while keeping crime down. Even May’s detractors say that she was one of the few women in David Cameron’s cabinet who belonged there due to her own merit and work ethic. She’s a feminist’s dream.

So, does this conservative, female U.K. prime minster help, hinder or have no effect on Hillary’s presidential aims across the pond?

To the extent that Americans will even know who the prime minister of the United Kingdom is, I think it will have no effect, or at best it could hinder Hillary’s chances.

Putting Theresa May next to Hillary Clinton only magnifies Hillary’s ineptitude and lack of accomplishments. The difference between the two women couldn’t be starker. Hillary hanging onto the coattails of her philandering, if not worse, husband for political expediency. Holding an array of impressive titles, First Lady, U.S. Senator, Secretary of State, but yet having no tangible achievement to show except failed revolutions throughout the Middle East, an Ambassador and several other Americans dead in Benghazi, no improved relations with Russia, mishandling of emails and classified information, as well as possible bribery and corruption through the Clinton Foundation. And this is only in the last eight years! There are thirty years of controversy and scandal following her.  She’s a feminist’s nightmare.

Every time I meet a Hillary supporter, I ask them, what have been her positive contributions in public life? All I see are perplexed faces and the sound of silence.

Compare her to the self-made woman, Theresa, who has dedicated herself to public service in multiple government departments, diligently worked her way to the top, battling against “the good ole boys” (or otherwise known as “the Bullingdon Boys”), and beating them at their own game. She’s been able to maintain a good marriage, a good reputation, and extend her majority in her own constituency.

Theresa May is the type of feminist we should be celebrating, and not Hillary’s feminism of “vote for me because I am a woman.” Heaven forbid we vote for a woman because she is qualified, trustworthy, and has a record of achievement, and not just because of her sex.

I quite frankly cannot wait until it is no longer historic to have a woman anything, but that it is considered normal. Her merits alone will be judged worthy enough. There is no longer commentary on her leopard kitten heels as in the case of Theresa May or the sisterhood of the traveling pantsuit as in the case of Hillary.

The first female U.S. president should be chosen because of her leadership abilities to lead the world to a more peaceful and more prosperous place. My hope this election cycle is for Americans to look at the example of Theresa May and say, “Yes, that’s the kind of first female president we should have. Qualified.”