NewsPaperthe art of publishing
Home News Sadiq Khan’s ‘race pay gap’ will disappear without the help of the...
0 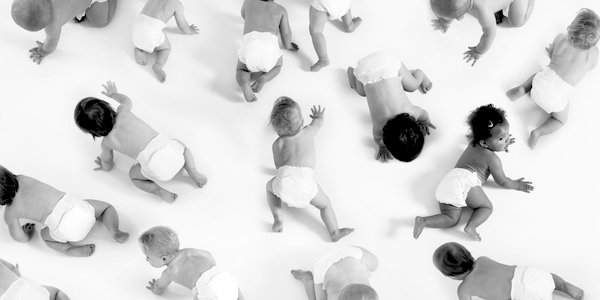 London’s Mayor Sadiq Khan has found a new way to virtue-signal about the non-existent problem of institutional oppression: a ‘race pay audit’, which has found that there is ‘race pay gap’. The evidence for such a gap, however, is flimsy and falls apart on a cursory inspection.

The Mayor himself found there was no race pay gap in the London Fire Brigade, but in the Metropolitan Police, Transport for London, London’s two money-quaffing pork-barrelling ‘Development Corporations’ and his own army of civil servants at London City Hall, ‘BAME’ (black, Asian and minority ethnic) staff earned less on average than privileged white people.

This was not because there was different pay for the same or similar jobs. The principle of the 1970 Equal Pay Act – equal pay for equal work – is upheld so magnificently that no evidence of a difference was found among the rank-and-file pay grades, earning under about £50,000. The Mayor’s report admits that.

The ‘problem’ is that there are too many white people in the top rungs of the management ladder, with earnings of more than £50,000, because BAME people are under-represented at the top of the pay pyramid. This is arguably reflected in the Mayor’s bountiful and gracious appointments of not one but NINE deputy mayors on salaries of £127,513 and FIVE special advisers. Eleven of these fourteen people are white.

The race pay gap is the latest attempt by Leftists desperately seeking evidence to hold together their collapsing narrative that British society is institutionally racist, sexist, homophobic, transphobic and Islamophobic, and that classes of millions of oppressed victims need their help. Khan the Social Justice Warrior is ready to jump into the breach declaring: ‘This sort of injustice takes many years to develop and it becomes deeply entrenched!’ and he is ‘determined to confront this inequality!’

The financial beneficiaries are likely to be in the ‘Equality, Diversity and Inclusion’ industry. There is an army of outfits which run courses on this theme and will very happily train your staff, school, university or church about how they are all subconscious racists or sexists and how they need to change their attitudes and speech to deal with the greatest sin of anyone belonging to a privileged class such as men or white people: ‘unconscious bias’.

Heaven forbid that you have intersectional privilege and are, for example, a straight, white, Christian male. If so, you are an oppressor on multiple levels, even if you didn’t know it and think kindly of everyone, and you need urgent re-programming which equality, diversity and inclusion officers will carry out for a handsome fee paid ultimately by taxpayers and consumers – you and me.

The reasons for the under-representation of BAME people at the top are, in truth, much more benign. Just as the gender pay gap is a myth and is known to be a function of fewer women wanting to work in high-pressure top-level management jobs which require 80+ hours a week at the office, so the race pay gap is nothing to do with institutional racism. If it were, there would be a difference in pay all through the ranks.

Firstly, there are cultural reasons. It is as wrong to lump all BAMEs together in one homogenous group as it is for white people. Among the majority of white people in top management positions, how many are from working-class backgrounds and communities? Research into the abandoned white working class is likely to show a far bigger pay gap than the gender and race pay gaps. There is no such study, but for some reason known only to themselves, the Left have taken on one class of white people as a cause célèbre: gypsies and travellers. Among this group there is virtually no representation at City Hall, proving that pay gaps are as much, if not more, of a function of culture as skin colour.

There is known to be a huge difference in education, employment and financial outcomes for disparate groups with vastly different cultures and attitudes under the largely useless BAME umbrella. Chinese and Indians, for example, have much greater success than white people as a whole. Afro-Caribbean males including Somalis have much less success.

Yet even within sub-groups there are huge differences. Among Pakistanis, for example, there are Christian conservatives such as Bishop Michael Nazir Ali, peaceful and patriotic Ahmadiyya Muslims, Islamist Deobandi Muslims and militant Tablighis. Members of the latter group would be most unlikely to be interested in thirty years of career progression in a Western business or government administration.

The ‘race pay gap’ also has demographic factors. It takes years of promotion, success and networking to climb the career ladder if you wish to achieve a high-level high-paying management position.

Unlike lower government employment grades, where progression is almost automatic, there is rightfully a lot of competition to get to the top. People in top positions need skill, talent and experience – the kind of experience which they normally don’t have until they are in their 40s or 50s.

There simply are fewer BAME people in the UK of that age, but many more who are younger. Therefore it is natural at this time for there to be more white people in top management roles because they are a large majority among people in their 40s and 50s from whom experienced, talented people are drawn.

If current demographic trends continue, this will change. Oxford Professor David Coleman predicts that white British people will be in a minority in the UK by the 2060s.

Current figures suggest that he may be correct, and the change in demographics is notable among younger people. According to the Department for Education School Census, in the ten years to 2017 non-white British ethnic groups increased from 21 per cent to 32 per cent in primary schools.

According to the Office for National Statistics, 39 per cent of births in 2017 in England and Wales were non-white British, a figure that is increasing year on year.

On current trends, white British will be a minority of births by 2030, and therefore a minority in every working group under 70 by the end of the century. When there is a majority of BAME in all age groups, including among people in their 40s and 50s, there will be many more BAME people with skills and experience from whom top talent is drawn.

At that point Sadiq Khan’s imaginary race pay gap will disappear naturally. Let us also hope that the vampires of the Equality, Diversity and Inclusion industry will also disappear. If not, they will almost certainly abandon BAMEs as they have abandoned the white working class, and move on to find new classes of oppressed victims who need their help – for a fee.