Runners and riders in the Westminster Donkey Derby 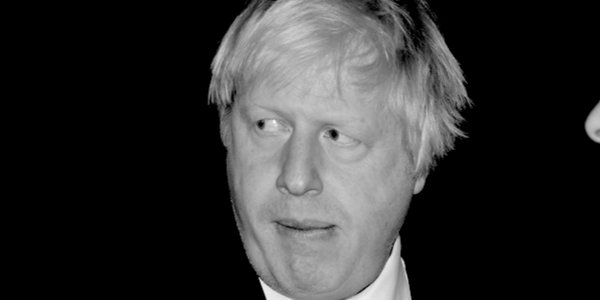 THIS year’s annual parliamentary pancake race between MPs, peers and political journalists in aid of charity was cancelled because of the level of bad feeling connected to Brexit.

Perhaps an annual Donkey Derby would be a fitting alternative? Let’s face it, some potential parliamentary pancake tossers could learn a thing of two from these noble beasts of burden. Most importantly they are determined and stubborn. They have a unique way of communication by braying, more commonly known as the hee-haw, as anyone knows who has suffered watching and listening to any of the parliamentary ‘debates’ on Brexit presided over with impeccable impartiality by chief ‘brayer’, Speaker John Bercow.

Under starter’s orders, with Gina Miller holding the white flag, here he comes on ‘Pipsqueak’, positively revelling in his role as a controversial figure, preening and bobbing his head like one of those irritating nodding dogs in the back of cars. Seemingly he’s unconcerned that not only has he become embroiled in accusations of bullying (which he has always strenuously denied) and anti-Brexit bias, as earlier this year he attempted to frustrate the government’s attempts to pass Mrs May’s Brexit deal through the House of Commons by selecting only pro-Remain amendments to be voted on. Even Mrs May accused him of ‘making it up as he goes along’. During a recent speech in Edinburgh, he vowed to ‘fight with every breath in my body’ to stop any attempt by Prime Minister Boris Johnson to suspend Parliament. When an audience member asked if Parliament could stop Brexit he replied that it could. Despite this, prorogation of parliament is one of the few things that remains one of the Crown’s prerogatives, exercised by the government on behalf of the Queen. In any event, Mr Bercow is comfortable in the knowledge that there is no formal procedure to remove him during the course of a parliament, and the country waits with bated breath on whether he will be elevated to that higher place with a majority of Uriah Heeps when eventually the House of Commons is relieved of his services.

Meanwhile, Diane Abbott on ‘Abacus’ can’t work out what number she is. She was starting to worry about Labour’s Brexit strategy, until her party leader Jeremy Corbyn on ‘Hammer and Sickle’ extended an offer to other opposition parties to back him leading a caretaker government to ask the EU for an extension to the Brexit deadline of 31 October. His party remains riven so Mr Corbyn believes that the best way ahead is to delay our exit and create even more confusion about what the country might do, keeping him in Downing Street whilst his Marxist cronies busy themselves destroying the economy.

Joining them is the leader of the Lib Dems, Jo Swinson, and her charge ‘Opportunity Knocks’. Ms Swinson’s anxieties regarding equal power for the benefit of all were given in an interview with Liberal Democrat Voice in February 2018. She worried about the polarisation of society, presumably over the way the ignorant masses had voted the wrong way in the EU Referendum two years previously, but once she had read Reni Eddo-Lodge’s book Why I’m No Longer talking to White People About Race, the leader of the party of Gladstone, Asquith and Lloyd George experienced a eureka moment: ‘Oh my goodness, have I been blind to injustice!’

She elaborated her views in her recent blockbuster Equal Power: Gender Equality and How to Achieve It, especially as the Lib Dems are determined to ‘build and safeguard a fair, free and open society’. Except not for 17.4million Leave voters. After initially dismissing Mr Corbyn’s offer as ‘nonsense’ she has backtracked and is considering meeting the great man to concoct a parliamentary coup to replace Mr Johnson. Kingmaker Ms Swinson and her fourteen MPs, combined with an assortment of anti-democrats from other opposition parties, will sanction either Harriet Harman or Ken Clarke to lead the country.

Dr Sarah Wollaston on ‘Chameleon’ trots on closely behind. Her latest defection to the Lib Dems from the ‘whatever their name is’ party can’t have come to much surprise to her constituents, 54 per cent of whom voted for a Conservative MP. She has settled for the orange colours for the time being, but may just have to change her mind again, depending on the preservation of her political career.

Other riders are milling around too, amongst them Anna Soubry on ‘A Bit Miffed’. As leader of the Independent Group of five MPs she has argued for a ‘genuine Government of National Unity led by someone who commands the respect and support not just in his or her own party’. Dear old Magic Grandpa forgot to send his missive to Ms Soubry, and anyway she doesn’t trust him, believing that he is a Brexiteer given his longstanding views; anyone would have thought Ms Soubry was a Tory in 2017.

Caroline Lucas on ‘Space Cadet’ is temporarily on earth and covering a lot of ground up and down the starting line, maintaining a good speed without having to cross it. She can sustain this for a long time to avoid any male donkeys and their riders. Ms Lucas believes that ‘democracy is a process and not a one-off event, and the public must have a vote on the Brexit deal, with the option to remain in the EU if they wish.’ Negative and painful experiences like losing the EU Referendum have affected her behaviour, as she chooses to ignore 17.4million voters but not those who conveniently put her into parliament.

Other runners and riders include Ian Blackford on ‘Little Scotlander’. His party’s ideas for Scottish independence are to cede it to Brussels and presumably build a hard border between Scotland and its nearest neighbour.

Bringing up the rear is a very grumpy donkey called ‘Bitter and Twisted’ ridden by Michael Heseltine. Ears back and baring his teeth, best approached from the side as he has a tendency to react strongly to the surprise presence of anybody with the temerity to disagree with him unless from the BBC.

These MPs voted for Article 50 and the Withdrawal Act, which provide for the no deal they are opposing. The donkey has large ears which have added sound-gathering advantage and can move them to locate the source of a sound: what a pity that these parliamentarians choose to be deaf to democracy. So off they go, clip-clopping into the sunset. Perhaps another donkey will come up on the inside rail – Boris Johnson on ‘Blond Bombshell’.

Victoria Baillon
Victoria is a water colour artist and housewife.