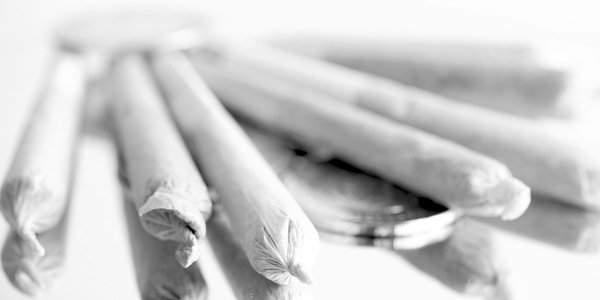 Alex Berenson’s seminal book about the dangers of cannabis and the growing strength of the legalisation lobby, Tell Your Children: The Truth About Marijuana, Mental Illness, and Violence was reviewed by Ollie Wright for TCW on February 12, 2019. We are publishing his review again today.

Berenson gives short shrift to the negative, spurious and pro-legalisation commentary (as that written with repetitive predictability in response to TCW’s warnings) about so called medical cannabis: the medical benefits of cannabis are negligible and largely imaginary whilst the growing evidence that cannabis triggers psychosis is undeniable.

ALEX Berenson’s book, Tell Your Children: The Truth About Marijuana, Mental Illness and Violence, opens with a horror story. A mentally ill Australian woman, Raina Thaiday, stabbed to death her seven children and an eighth child, her niece. According to health professionals who examined Thaiday, her use of cannabis was almost certainly a major factor in her illness and therefore in the ghastly tragedy of the killings.

Thaiday’s case is an extreme example, but not unique. Using a wide range of evidence from around the world, Berenson demonstrates a strong and clear relationship between cannabis and various psychiatric conditions, including psychosis and, all too often, the use of violence.

He debunks old ideas of earlier generations that cannabis was almost benign and a simple feel-good relaxant: a highly disputable claim eagerly used by its adherents over the last four decades to justify the legalisation of this drug. In the last two decades, the potency of the vast bulk of cannabis being consumed has increased significantly, with the harm cannabis has always been capable of causing increasing proportionately. Not just in America, as dramatically described in the Atlantic last summer, but in Britain too. A study in 2016 by researchers from King’s College London, who analysed cannabis from 1,000 police seizures, showed that 94 per cent had a ‘dangerously high’ potency.

The argument has been made ad nauseam that people should be free to make their own decisions, even if stupid and even at the risk of self-harm. John Stuart Mill has been invoked to argue that it is not a good thing when the state interferes with private pleasures. But as Theodore Dalrymple so brilliantly countered all the way back in 1997, this is a selective interpretation of Mill. When the harm caused radiates outwards, damaging and causing cost to others and infringing on their liberty, society is entitled to protect itself, even if that means restricting people’s liberty. It is ironic that though cannabis passed that threshold long ago, legalisation has proceeded apace in the USA. This is what Berenson argues, and when you read his book it seems very hard to disagree. The levels of mental illness and problem behaviours that cannabis users exhibit are a substantial and destructive cost to society and a huge lifetime and intergenerational cost and source of pain to families. In general, cannabis users don’t make happy, healthy citizens.

Berenson describes the famous ‘Dunedin Study’, a multi-disciplinary look over decades at the development of children into adulthood in New Zealand. The study showed that people who had used cannabis at fifteen were four times more likely to develop schizophrenia or schizophrenic symptoms, as well as other psychiatric conditions including depression. They would also typically suffer a long-term decline in cognitive ability, or put more crudely, lose IQ points.

Equally disturbing is the strong evidence Berenson cites that cannabis is a ‘gateway’ leading to the abuse of other more powerful drugs. American studies have shown increases in cocaine and opioid use that closely track regional increases in cannabis use. There is similar evidence from the UK, such as the study (not cited by Berenson but previously reported on in TCW) that police policy in Lambeth in South London in the early 2000s not to arrest people for cannabis possession led to a substantial increase in hospital admissions for problems stemming from the use of Class A drugs such as heroin and cocaine.

Berenson describes how America is experiencing a boom in legal cannabis use. Ten states have legalised it and many others have decriminalised it to various degrees.

As a consequence, there have been sharp increases in the numbers of people turning up in the emergency departments of American hospitals with psychotic symptoms, or crashing into the attention of the police – not for consuming cannabis but for the violent or dangerous consequences of its use. Since police in Britain have more or less stopped arresting people for the possession of cannabis, we have also seen a huge number of British hospital admissions related to cannabis. In the five years up to 2018, they averaged roughly 25,000 per year. That represents an awful lot of human misery, disrupted lives and precious social resources consumed.

But there is still a huge level of denial about the effects of the drug: from users, from those who make money from supplying it and from the lobbyists on both sides of the Atlantic who push ever harder for its more widespread legal acceptance. Berenson quotes psychiatrist Dr Melanie Rylander who says that typically cannabis users are quite incapable of recognising the harm it is causing them, while America’s rapidly expanding cannabis industry pretends that its product is safe and life-enhancing. There are some very powerful commercial interests involved. This is an industry that is worth billions.

The greedy and cynical who have a simple cash interest in cannabis, free of concerns about any damage caused, have allies in those who see supporting legalisation as a symbol of progressiveness or broad-mindedness. But there is nothing liberal or liberating about this malign substance, especially in the high-strength forms in common use today.

Users, especially the new or occasional, may well have a heightened enjoyment of all sorts of experiences, even euphoria. But the pleasures fade and even for those who don’t spiral into full mental illness there is impact on cognitive functioning and relationships, and the costs mount up quickly. It’s decades since I last touched it; I well remember its seductive qualities but also remember the numbing, life-sapping effects of constant use. The mental and physical inertia, paranoia, introspection, anxiety and irritability, the fogginess in the head and lack of focus.

Of course some people can go through the riskiest experiences and come out unscathed, or think they have. But no user I ever knew became happier, healthier, cleverer, more productive or creative through its use.

My own use dates back to when most cannabis available was far weaker and ‘skunk,’ the high-strength variety that dominates today’s market, was rare. But there were still, among my friends and contemporaries, smash-ups, break-downs, wasted opportunities and teenage suicide that could all be linked to this nasty and dangerous substance.

As Berenson’s title suggests, there is a great deal we should be telling our children about cannabis. It is a horrible drug and society is entitled to prevent its use as far as possible.