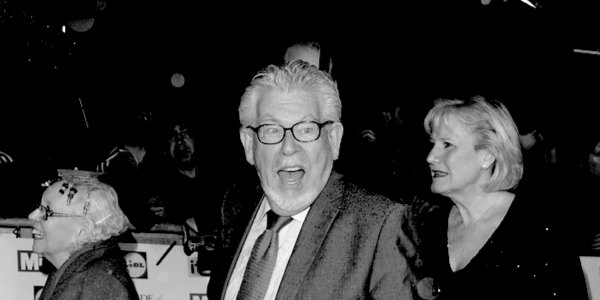 THE Left is going demented with another racism scandal. That evil Tory government has demonstrated its deep racism again. (The fact that it’s given us an Asian Home Secretary, not one but two Asian Chancellors and a party chair with an African mother is just clever camouflage). Its white supremacist tendencies have been exposed by a decision to deport a planeload of criminals to Jamaica. They have all served prison sentences and some are very nasty indeed. Among them are people convicted of rape, gun crime and violent involvement in the drug trade.

But obviously to the Left, the government chose to deport these undesirables because of racism. Jeremy Corbyn has jumped in, claiming that the government is ‘applying different rules to black people’ and accusing the Prime Minister of ‘cruel and callous’ behaviour over the issue.

Of course, Mr Corbyn knows quite a bit about racism, given that his party is being formally investigated by the Equalities and Human Rights Commission for its own racist transgressions.

The Left are loudly proclaiming that they have absolute proof of Tory racism, pointing on social media to the treatment of Rolf Harris.

The disgraced Australian entertainer, who is of course white, has also served prison time for some unpleasant offences but wasn’t deported after finishing his sentence despite being a foreign national.

Clearly it’s one rule for white foreign offenders and another for black Jamaicans. Leftie Twitter and Facebook have been clogged with posts demanding to know why Harris can stay when Jamaican rapists and gunmen, doubtless all reformed model citizens, get kicked out.

Unfortunately for those who want to find racism everywhere, Rolf Harris’s ability to stay has nothing to do with his colour. Under the immigration law we have, Harris cannot be deported. The rules applying in his case are simple. It comes down to his ‘right of abode’, the possession of which means that whatever happens you cannot be forced to leave.

You have right of abode if the following factors apply: one of your parents was born in the UK and was a UK citizen when you were born; you were a Commonwealth citizen on 31 December 1982 and have been one continuously ever since.

As an Australian, who’s lived in England since 1952, Harris is a   Commonwealth citizen and a quick check of his Wikipedia biography confirms his parents were British citizens.

(I wouldn’t normally cite Wikipedia as evidence but it’s probably allowable here). So whether we like it or not, he can stay. The rules for people born after 1982 are different but irrelevant in this case.

If the anti-racist witch-hunters are right, surely there would be no deportations of white people? But there are. Our government deports people to just about every country on earth. Three of the top ten countries to which we deport prisoners after their sentences are inhabited almost exclusively by white Europeans: Albania, Poland and Ukraine.

However, truth never gets in the way of a Leftie meme. In their tweets and Facebook posts, the comrades don’t stop to consider the law or mention of any of the complexities. Just the inevitable accusation of racism. No other explanation is possible. How could there be when it’s those wicked Tories?