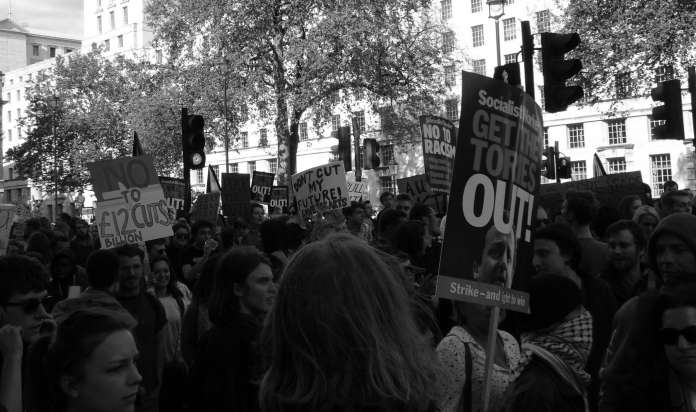 I still can’t believe that so many people could be THAT STUPID to vote us out and ruin the country I mean it’s a TOTAL MOCKERY OF DEMOCRACY that so many people who were so ill informed and so full of bigotry and hate could even be allowed to vote about MY FUTURE I tell you I’m so ANGRY about it now that I can’t even tell you how ANGRY I am that’s how ANGRY I am and of course what really cheeses me off about it the most is that it all comes down to a bunch of stupid old racist white people who are full of hate and bigotry stealing the future of all the good people like me who HATE HATE and HATE BIGOTRY and HATE INTOLERANCE with every fibre of our beings and do everything we can to fight against it but what can we do when there are over 17 million of them still around to peddle their hate and bigotry???

I’ll tell you what we need to do we need to MOBILISE NOW and sign that petition to get another referendum and then all those haters and bigots will have to listen and will have to give it to us so that finally a PROPER DEMOCRATIC vote can take place and this time we’ll beat the ESTABLISHMENT at their own game and the CORPORATIONS and the BANKS and the FILTHY RICH who all want us out to ruin our futures and the people can finally have their voice and not let the stupid old white haters and bigots steal our future from us!!!

And this time it mustn’t be a secret ballot but every vote should have the person’s name on it so that the authorities can see who votes Leave so that they have a record of who the EXTREMISTS are and then we’ll all need to #uniteagainsthate and #uniteagainstbigotry and #uniteagainsttheestablishment and #uniteagainstotherstuff to make sure that these racists are NEVER AGAIN  allowed to HIJACK OUR DEMOCRACY and hold the country to ransom with their INTOLERANT and ill informed views which they were manipulated and brainwashed into holding and then we need to start another petition calling for an upper age limit on voting so that no one over the age of 60 is allowed to vote because the right to vote should only be given to those who have a future and that’s not old people!!!

And then we need another petition calling for a weighted voting system where votes from people like me with a degree count double or triple because we’re more likely to be well informed and reasonable and much less likely to be MANIPULATED by ESTABLISHMENT TOFFS like Cameron and Osborne and that way we can get our DEMOCRACY back and our COUNTRY back and destroy hate and intolerance and bigotry once and for all!!!