NewsPaperthe art of publishing
Home News Rev Julian Mann: The return of the Prince of Peace will mean...
6

Rev Julian Mann: The return of the Prince of Peace will mean no more Aleppos 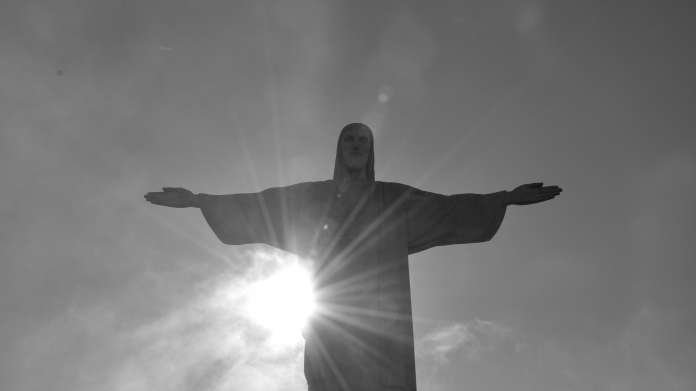 (This is an edited version of the sermon at the Carols by Candlelight at the Parish Church of the Ascension, Oughtibridge)

I am notorious in our family for getting my predictions wrong. On one occasion about 12 or so years ago, our then young sons were watching a football match on the television and Dad came in and pronounced that Wayne Rooney had lost a yard of pace. Five seconds later he scored.

The prophets of the Old Testament who predicted the coming of the Christ, the King from God who would one day come to save the people of God, got their predictions right. The prophet Micah, who preached in Israel about 700 years before the birth of Jesus Christ, predicted that from Bethlehem, a city in ancient Israel which had been the birthplace of David, Israel’s greatest King, a ruler would come.

This ruler would be a great ruler of God’s people and a good ruler over them and would gain international acclaim. ‘He will stand,’ Micah predicted, ‘and shepherd his flock in the strength of the Lord, in the majesty of the name of the Lord his God. And they will live securely, for then his greatness will reach to the ends of the earth. And he will be their peace’ (Micah 5v4-5a – NIV).

A ruler who will be a shepherd of God’s people. Only last week I read a review of a book by a working shepherd, James Rebanks, called The Shepherd’s Life, A tale of the Lake District and the reviewer quotes the author as follows: ‘My job is simple: get around the fields and feed and shepherd the different flocks of ewes – dealing with any issues that arise. First rule of shepherding: it’s not about you, it’s about the sheep and the land’ (Oak Hill Commentary, Winter 2016-2017, p46).

A shepherd: this is a ruler who looks after people. He is not in it for the power kick or to make money for himself by piling up non-executive directorships or fiddling his expenses. He will be a caring, loving ruler of God’s people.

‘And he will be their peace.’

Peace is a wonderful word in the Bible. It means a lot more than just the cessation of hostilities.  Peace may come to Aleppo in that sense but the problem with that kind of peace as we know is that it tends to be rather short-lived and the misery resumes.

The peace Micah is talking about here is God’s peace, God’s permanent peace, God’s irreversible restoration of his good and loving order to a disordered, violent, death-ridden world.

How did he do it and how will he do it?

He did it first by dying on the Cross to deal with our human sin and rebellion against the God who made us. By dying in our place on the Cross taking the just punishment we deserve for our wrong-doing, God’s one and only Jesus Christ, God come down to earth, made peace between God and any and every person who becomes one of God’s people by putting their personal faith in the Prince of Peace. Jesus brought the peace of God’s forgiveness for God’s people by dying on the Cross.

And one day in the future he will bring God’s peace to the world when he returns personally at the end of history in power and great glory. He will banish evil, he banish death, he will abolish war. No more Isils, no more Aleppos, no more grief.

So may I invite us this Christmas time to give serious thought to what might be ruling us, what might be firing our souls? And if it is not the Prince of peace, the wonderful, loving, shepherding King Micah predicted, then may I invite us to think carefully about a change of regime in our lives, a change of ruler, a change of guiding force because the Prince of Peace is the King you and I truly need this Christmas and for evermore?