NewsPaperthe art of publishing
Home News Rev Jules Gomes: Obama is blind to the link between Islam and...
20

Rev Jules Gomes: Obama is blind to the link between Islam and terrorism 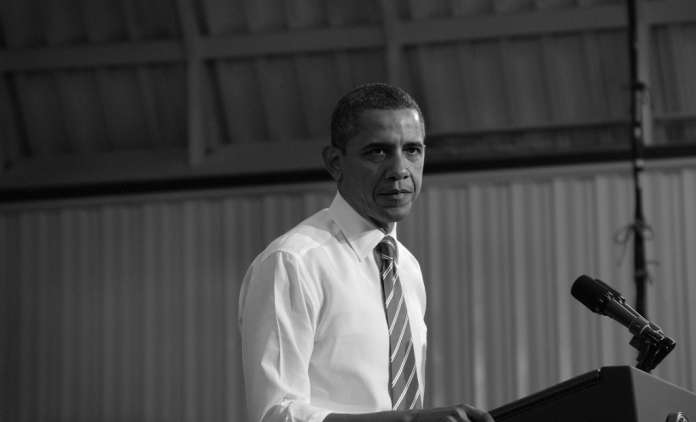 Islamic Terrorist. A bogeyman! A figment of a fertile and febrile imagination! Such a figure does not exist! There are Muslims and there are terrorists. There is Islam and there is terrorism. East is east and West is west and ne’er the twain shall meet. Islam is a religion of peace and terrorism is an instrument of fear and ne’er the twain shall meet. They certainly don’t meet in the lexicon of tolerance edited by the chief lexicographer of the White House, Barack Hussein Obama.

The President of the USA refuses to use the term “radical Islamic terrorist” to describe Islamic State, Al-Qaeda and similar organisations. When challenged by a Gold Star mother at a CNN town hall event last month, Obama responded by claiming that the issue of “Islamic Terrorism” had been ‘sort of manufactured.’

‘My son gave his life for acts of terrorism,’ Tina Houchins told Obama. ‘Do you still believe that the acts of terrorism are done for the self-proclaimed Islamic religious motive? And if you do, why do you still refuse to use the term … Islamic terrorist?’ she asked the most powerful man in the world. The questioner even moderated the term “Islamic” with the qualifying prefix “self-proclaimed.”

Obama parroted the politically correct mantra. ‘There is no doubt, and I’ve repeatedly said, where we see terrorist organizations like al Qaeda or ISIL—they have perverted and distorted and tried to claim the mantle of Islam as an excuse for basically barbarism and death,’ he said. ‘Call these folks what they are, which is killers and terrorists,’ he added.

So what do you call them, Mr President? Freedom fighters? After all, one man’s terrorist is another man’s freedom fighter, isn’t he? If Muslims attack the Twin Towers shouting “Allahu Akbar” what do you call them? Obama does not want to offend Muslims or the “religion of peace.” However, he doesn’t mind offending Tina Houchins and parents of young soldiers who die fighting Muslim militants.

Perhaps, for once, President Obama is right! Perhaps we shouldn’t be calling Islamic extremists “terrorists.” Perhaps not for the reasons Obama gives. Here are four reasons for not using the term “Islamic terrorism.”

First, terrorism is a value-neutral term. Neumann and Smith emphasise this in their book The Strategy of Terrorism: How it works, and why it fails. “Terror” is extreme fear. “Terrorism” is the use of extreme fear to intimidate.

Second, terrorism is portrayed as irrational or nihilistic behaviour bordering on the pathological. Terrorists are people who have lost meaning and purpose. Rational actors do not engage in terrorist activities. It is a mental dysfunction rather than a moral choice. That’s academic spin the Left puts on terrorism.

Third, terrorism as a doctrine is a recent development. It is around 200 years old if we take the Terreur phase of the French revolution as a point of departure.

Islamic violence is not value-neutral, not irrational or nihilistic, not a recent development and not triggered primarily by Marxist causes. ‘The primary motivation of terrorists and suicide bombers is theological, compounded mainly of duty and reward,’ writes Patrick Sookhdeo in his magisterial Global Jihad: The Future in the Face of Militant Islam. So shouldn’t we be calling militant Muslims “Islamic Jihadists” rather than “Islamic terrorists”?

After all, if we define “terrorism” as the use of extreme fear to intimidate, do jihadists seek to strike fear in order to intimidate their targets? Is fear or terror the stated goal of Islamic militants? Actually, in some cases it is! If terrorists terrorise media outlets like Charlie Hebdo and Jyllands-Posten they will not dare to publish cartoons of Mohammed or write articles that might be construed as blasphemous to Muslims.

The Koran explicitly speaks of casting “terror into the hearts of those who have denied God by associating partners with him….” (Surah 3:151). This is a verse addressed to Christians and Jews. When Mohammed, the Prophet of Islam, orders the killing of around 700 Jews of the Banu Qurayza tribe, the Koran records how ‘he brought down those of the People of the Book who supported them from their fortresses and cast terror in their hearts; some you slew, some you made captive.’ ‘How many a township have we destroyed! As a raid by night, or while they slept at noon, our terror came unto them. No plea had they, when our terror came unto them, save that they said: Lo! We were wrongdoers’ (Surah 7:4-5). “Allah’s Apostle said, ‘I have been sent with the shortest expressions bearing the widest meanings, and I have been made victorious with terror’” (Sahih Bukhari).

One could go on citing references and making the point that using terror to intimidate was the stated goal of Mohammed and his followers. This, of course, completely belies Obama’s claim that ‘terrorists’ have ‘perverted and distorted’ the teachings of Islam and hence should not be called “Islamic” terrorists.

Perhaps, as usual, the President is wrong! Obama’s understanding of Islam is either completely naïve or utterly disingenuous. Even worse, it is dangerous. Barack Obama reminds me of the Italian criminologist, Cesare Lombroso, who in the 19th century argued that there was a causal connection between terrorism and vitamin deficiencies. The lack of vitamins was associated with the corn-eating peoples of Southern Europe. This explained why there was more violence in Southern Europe and less violence in Northern Europe! Lombroso would hardly imagine that the President of the United Stated would revive his “corny” analysis of terrorism a hundred years later.