Rev Jules Gomes: Diversity and inclusion have trumped the truth 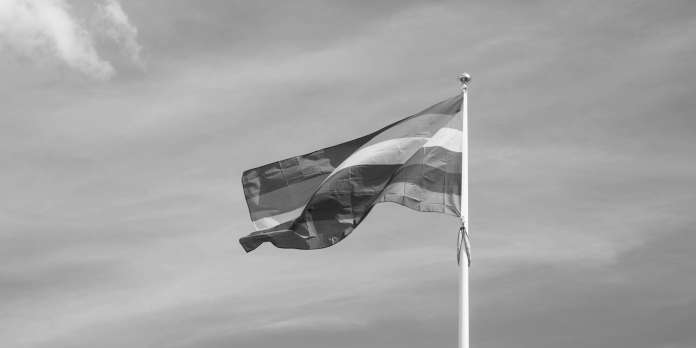 Irrational philosopher? Isn’t that an oxymoron? Well, it used to be. Not anymore. The new discipline of Irrational Philosophy was born last week at the annual conference of the Society for Christian Philosophers (SCP). Its chief exponent is the world’s first irrational philosopher—Michael Rea, Professor of Philosophy at the Catholic University of Notre Dame.

Here is what happened. Prof Swinburne was invited to give the keynote address on September 23, 2016, at the SCP conference. He said homosexuality was a ‘disability’ and Christianity ‘prohibited’ homosexual relationships. Swinburne lamented a culture where homosexual behaviour was ‘presented as an option for young people.’ Suddenly the world ended. The four horsemen of the apocalypse came thundering into the conference hall. The faecal matter collided with the rotary oscillator. The tumbrels of the Twitter sphere were wheeled in. The Facebook mob began baying for his blood. His rational head was placed on the guillotine. Liberté, égalité, fraternité and irrationalité! Vive la revolution!

The philosopher leading the Charge of the Leftist Brigade, half a brain, half a brain, half a brain, onward, into the valley of Political Correctness… was Michael Rea, President of the SCP. À la Martin Luther, Rea posted his Wittenberg declaration on Facebook. ‘I want to express my regret regarding the hurt caused by the recent Midwest meeting of the Society for Christian Philosophers. The views expressed in Professor Swinburne’s keynote are not those of the SCP itself. Though our membership is broadly united by way of religious faith, the views of our members are otherwise diverse. As President of the SCP, I am committed to promoting the intellectual life of our philosophical community. Consequently (among other reasons), I am committed to the values of diversity and inclusion. As an organisation, we have fallen short of those ideals before, and surely we will again. Nonetheless, I will strive for them going forward.’

That is how Michael Rea published his Idiot’s Guide to Irrational Philosophy on his Facebook post. These are its guiding principles:

First, philosophy shall not hurt thy neighbour’s feelings. Irrational philosophy is not based on reason, but on feelings. I wonder what the eminent philosopher Louis Pojman would have to say were he still alive. In one of the best anthologies of philosophy—a standard university textbook—he explains how philosophy longs for ‘deeper truth, better and new evidence that disturbs the status quo and that forces us to revise or reject some of our beliefs. This experience can be painful as it is exciting. The pain may lead us to give up philosophical inquiry and may require a good deal of emotional health to persevere in it.’ The new irrational philosophy offers as its texts a Manual of Feelings, Nothing more than Feelings, safe spaces, trigger warnings, a box of tissues and a therapist standing by.

Second, philosophy shall not have any other gods before the gods of diversity and inclusion. Thou shall worship them alone. They are jealous gods who visit the iniquity of those who violate their sacred statues on all future publications, university positions and invitations to speak at prestigious conferences. Above all, thou shall not worship or carve for thyself the graven image of Truth.

Irrational philosophy is based on diversity and inclusion. Diversity is defined as the beliefs of people who agree with Michael Rea. Inclusion is defined as the beliefs that can be included within the politically correct orthodoxy of the day. No doubt, diversity ends where orthodox Christianity or carefully reasoned argumentation begins when it comes to homosexual behaviour.

In Philosophy: The Quest for Truth, Polman argues that ‘philosophy usually goes against the stream or the majority because the majority opinion is often a composite of past intellectual struggles or “useful” biases.’ Truth ‘may not always be edifying’ but ‘in the end, the philosopher’s faith is that truth is good and worth pursuing for its own sake and for its secondary benefits,’ he writes. For irrational philosophers like Rea, diversity and inclusion have trumped the truth.

Third, philosophers may not preach what they write. Irrational philosophy divorces the spoken lecture from the printed textbook. How irrational is it to invite Prof. Swinburne to give a talk on ‘Christian Moral Teaching on Sex, Family, and Life,’ after knowing that his book clearly condemns homosexual practice and then expect him to say something that contradicts what he has written?

In the 2nd edition of his book, Revelation: From Metaphor to Analogy published by Oxford University Press, Prof. Swinburne expresses exactly the same views as in his keynote address. ‘The first thing to recognize is that homosexuality is a disability,’ he writes. Why? ‘For a homosexual is unable to enter into a loving relationship in which the love is as such procreative,’ he answers. That is what he means by ‘disability’. ‘Disabilities need to be prevented and cured, so we need first to discover their cause. What causes homosexuality? The consensus of the scientific community is that both genetic constitution and social factors interact to produce homosexuality.’ What is so controversial about this in the academy?

‘Homosexuals can help to prevent the spread of homosexuality and help to cure others by setting an example of not indulging their inclinations and of seeking a cure,’ he explains. Even if this is controversial, so what? If philosophers cannot provoke debate and controversy, what else are they supposed to do? Grow ponytails, smoke pot, and sing Bob Dylan anthems at academic seminars?

Maybe if they are committed to truth and reason and not to diversity and inclusion they could learn to drink hemlock in small doses. Because, one day, like Socrates, they may be found guilty of “refusing to recognise the gods recognised by the State” and of “corrupting the youth.” That would be the end, not just of Socrates, but of every philosopher who dared to stand for Truth and Reason.