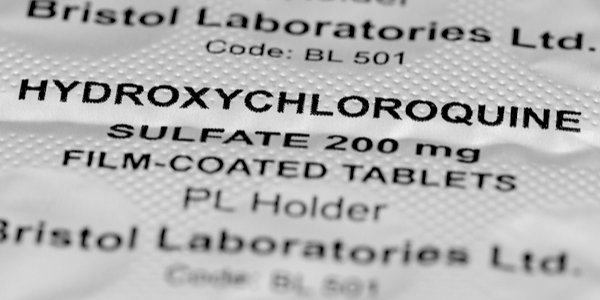 MY last article on the termination of one ‘arm’ of theUK’s ‘RECOVERY’ clinical trials of Covid-19 treatments reported the car-crash interview given to France Soir by Professor Martin Landray, deputy chief investigator of the Oxford University project, which raised questions on the dosage of hydroxychloroquine used. These dosages were widely suspected to be toxic. The story did not end there.

Stung by charges that Landray thought that hydroxychloroquine was used in amoebic dysentery, and might have confused hydroxychloroquine with the hydroxyquinolines – totally different drugs – chief investigator Professor Peter Horby swung into action. He chose to brief the French Communist paper Liberation, vehemently denying any confusion. France Soir was mis-reporting: Landray had meant amoebic hepatic abscess (AHA) for which the older chloroquine has been used, at heavy doses, citing WHO guidance from 1995. France Soir stuck to its guns: Landray had said amoebic dysentery, twice. An audio clip of the interview was released on Monday; judge for yourself.

Horby’s protestations about AHA begin to look like weaving a tangled web. Nor did Horby explain Landray’s guess at the lethal dose. A 2017 article estimates lethality from overdose at around 4 grams; against this, even the actual trial dose of 2.4 grams in the first 24 hours appears to sail close to the wind.

Worse followed: on Monday France Soir led on its front page with a bombshell article headed ‘RECOVERY: Incompetence, Lying, Manipulation and Big Bucks’. This rehearsed the confusion between drugs, the misremembered lethal dose, inconsistencies between protocol and analysis plan, the lack of information on death (Covid or overdose?) in the hydroxychloroquine ‘arm’ of the trial, the inclusion of the experimental anti-viral remdesivir into the treatments, the backgrounds and networks of the chief investigators and their funding sources.

The inclusion of remdesivir, the experimental anti-viral from Gilead Sciences, into RECOVERY is odd. It was not originally on the list. Yet on May 27 it was suddenly included, but not in a separate ‘arm’ of the study. ‘Patients who are already receiving remdesivir can still be recruited into RECOVERY . . . Similarly, participants can receive remdesivir and continue their assigned treatment(s)’. This makes a nonsense of the trial’s claim to be a randomised controlled trial, with clear separation between treatments given to patients. The study mixes patients receiving one trial drug and remdesivir with those receiving the trial drug alone. The design is now hopelessly compromised.

Probing alleged conflicts of interest, France Soir notes the co-authorship of Professor Horby on papers reporting trials of Gilead’s remdesivir (there was no benefit in mortality), an agreement between his department and Astra-Zeneca for development of Oxford’s vaccine candidate, and generous funding from the Gates Foundation. Professor Landray has multiple interests in Big Data, funded by a major Gilead stockholder. Two members of the Medicines and Healthcare products Regulatory Agency board (MHRA) have declared stockholder interests in Astra-Zeneca, the company with a deal to supply France and Germany with 400million doses of a vaccine that doesn’t yet exist and which is in merger talks with Gilead in a plan to create the world’s largest pharmaceutical company.

But as previously noted, the possibility of a cheap and easy treatment for Covid from re-purposed generic drugs, especially hydroxychloroquine, is a mortal threat to these financial interests. As France Soir put it: the trial management must ‘never put low-cost hydroxychloroquine therapy in direct competition with remdesivir’. Or with mass vaccination.

All this wasn’t getting a good press, but things looked up on Tuesday with another Oxford press release, this time on the dexamethasone arm of the trial. This well-known corticosteroid drug reduced fatalities by a third in patients on ventilators, and by one-fifth in patients on oxygen. Patients not requiring respiratory support got no benefit. France Soir wasn’t impressed, but the ever-credulous BBC was ready to headline this great British triumph and Professor Horby was on the podium with the Prime Minister. Johnson seized on the good news and both Landray and Horby were featured on Newsnight. Dexamethasone will be used in NHS hospitals at once. Hooray!

So what has been achieved? The reduction in mortality isn’t wonderful. ‘Reducing deaths of ventilated patients by a third’ actually means (from Oxford’s own press release) that ‘one in around eight’ ventilated patients can be saved with dexamethasone. About five of the eight would have got better anyway, and two will still die. Similarly one death will be prevented in 25 patients on oxygen support. For patients not needing support, no benefit: 13 per cent of those still died, comparable to the case fatality ratio for the country as a whole, now standing at a wretched 14.2 per cent. Compare Turkey, with almost 60 per cent of our cases, but only 2.7 per cent fatal; or the UAE, with comparable cases per million, and a mere 0.7 per cent fatal.

The use of an anti-inflammatory corticosteroid drug in the inflammatory stage of the disease at least makes sense, but is that new? Well, no. Doctors elsewhere realised early that both inflammation and micro-thromboses were grave dangers, and started using both anti-inflammatories and blood thinners in the later disease stages. The so-called ‘MATH+’ protocol is one, used by Dr Joseph Varón in a small hospital in Houston, Texas, with close to 100 per cent success. The ‘M’ stands for methylprednisolone, an industrial-strength corticosteroid, the same drug class as dexamethasone. ‘H’ is for Heparin, an anti-coagulant. Look at his personal protective equipment (PPE)  and be jealous. Look at his recovery rates (100 per cent at 24 May) and weep.

Interviewed by Emily Maitlis on Newsnight, Professor Horby admitted that survival rates had to get better, but we could build on this ‘with other drugs’. Just call Dr Varón, Professor: he will tell you what you need to do. Emily swooped in with hydroxychloroquine, now pulled from RECOVERY: The Lancet had published planted fake news, so where were we now? The Zoom screen froze, and when it came back Horby was fingering his face throughout. They had shown no benefit with hydroxychloroquine in hospitalised patients. And this was with ‘proper trials’, rather than ‘just data from observational studies’ (which RECOVERY has now become, via the back-door introduction of remdesivir). He acknowledged that there might be some help from hydroxychloroquine in mild cases, or in prevention, so some ‘ongoing trials could be continued’, but ‘I must say the future does not look very rosy for this drug.’

So that’s what he ‘must say’. But the objective with hydroxychloroquine isn’t to make a ‘rosy future’ for a drug costing 3p per pill that nobody will ever make a bean from. It’s to keep patients out of hospital altogether, and avoid that hideous 13 per cent mortality even if you don’t need respiratory support (when dexamethasone won’t help). A ‘rosy future’ is what Gilead wants for remdesivir and Astra-Zeneca wants from mass vaccinations.

Hype notwithstanding, this is a bad week indeed for the fight against Covid. The truth will out in the end through unavoidable comparisons with other countries’ strategies. To avoid digging ever-deeper holes, Professors Horby and Landray must fess up with their full clinical data, not just for dexamethasone (paper promised) but also for hydroxychloroquine (publication not mentioned). To sink France Soir’s charge that they must ‘never put low-cost hydroxychloroquine therapy in direct competition with remdesivir’, Horby needs to talk to his colleague Professor Chris Butler, heading the GP-based ‘PRINCIPLE’ trials of Covid-19 treatments, about a trial of the Marseille combination and the related ‘Zelenko protocol’ with zinc supplements.

The radical way forward isn’t just testing and tracing. It is early treatment within days, aiming to knock out the virus with cheap and simple pills, as explained in France Soir (again).

And Boris Johnson needs to recognise that, like Churchill in Darkest Hour, he is surrounded by enemies who will topple him if they can, and is prisoner of advisers incapable of thinking outside their boxes. If they can’t do some of that, he needs some new advisers. This your Darkest Hour, Boris: let’s have some real leadership. Without that, God help us all.

Edmund Fordham
Dr Edmund Fordham is a physicist, and not a physician. He is an experienced patient: a 23-year survivor of Stage 4 lymphoma, cured by a clinical trial in stem-cell transplantation. He was an Independent parliamentary candidate in the General Election. This article is not medical advice. Like his others, it is political advice.