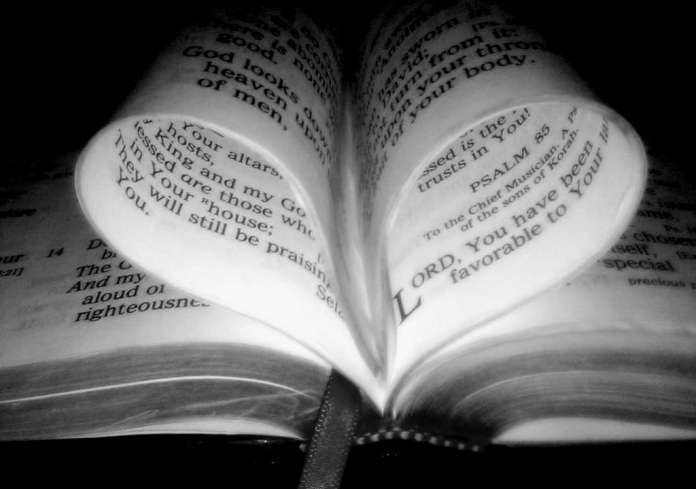 Farhad Tehrani is an Iranian Muslim. He is a student at a London University, where I was Chaplain. ‘I am so grateful I can talk to you. My Imam would kill me if I told him I was attracted to other men. I feel so ashamed of my feelings for other men,’ he confides. ‘You don’t need to,’ I reassure him. ‘God loves you.’ He bursts into tears. ‘I don’t want to have sex with other men. I want to submit my desires to God. I am a Muslim. That is my identity. Will you help me?’ he pleads.

Smita Agarwal is an Indian Jain. She comes to see me because our Chaplaincy brochure says that we love everyone unconditionally. ‘My community would disown me if they knew I had lesbian tendencies,’ she says. ‘As a little girl I always imagined being a mother. My parents have arranged my marriage with a handsome businessman. I want to be a good wife and mother. My dharma (duty, conduct, religion) is more important to me than feelings and sexual attraction. I can’t imagine spending my life with another woman. What should I do?’ she asks.

If LGBTI activist Jayne Ozanne has her way at the CofE’s General Synod in July, any counselling I offer Farhad or Smita, or any therapy I may recommend is to be condemned. For Ozanne, it is ‘spiritual abuse of the worst kind.’ In a private member’s motion, Ozanne is asking Synod to ‘condemn conversion therapy’ (CT) as it ‘is unethical and harmful and not supported by evidence.’ Thirteen professional healthcare bodies have already endorsed the statement. Ozanne wants the CofE (when did it become a professional healthcare body?) to become number fourteen.

Synod’s General Secretary, William Nye, supports Ozanne. He finds ‘conversion therapy intrinsically flawed.’ He advises against supporting it ‘unless new and convincing evidence emerges that indicates conversion therapy is both safe and effective.’ CT covers a range of therapies designed to change sexual orientation, but Ozanne and Nye do not define what they understand by CT. Ozanne asserts that CT ‘assumes the client has a mental disorder’ and describes her own experience of having ‘voluntarily chosen to go through a whole range of prayer ministry—from emotional healing to full scale deliverance ministry—in order to try and “heal ourselves” of our “sinful desires.”’ Is this what she means by CT?

There is a significant body of scientific literature on the topic, but Ozanne does not cite a single study demonstrating the validity of her claims. She is not a scientist. She is a militant LGBTI activist. Ozanne’s blanket condemnation of CT implies twin fallacies. First, sexual orientation can be measured. Second, sexual orientation is fixed rather than fluid.

Sexual orientation cannot be measured. The scholarly article Sexual Orientation, Controversy, and Science, co-authored by six eminent researchers, led by J. Michael Bailey, one of the foremost sex researchers of our time, agree that a ‘major limitation of existing research relates to how sexual orientation is measured.’

The newly elected Primus of the Scottish Episcopal Church, Mark Strange, who is married (to a woman) and father of three children, was once in love with a man. ‘In my teenage years I fell in love with two people—one was a woman and one was a man,’ he confesses. Would Ozanne ban him from therapy if he was, at some point, seeking help in improving sexual relations with his wife?

Ozanne’s claims are seriously flawed. First, she does not tell us that professional healthcare bodies also support ‘diversity in religious expression.’ Hence, if an LGBT individual voluntarily chooses a religious identity over his or her sexual identity it does not mean that they have ‘internalised homophobic doctrine’ and should be denied access to ‘treatment that may facilitate an adaption’ to a style of living more in agreement with their religious beliefs, observes D. C. Haldeman, in Gay Rights, Patient Rights: The Implications of Sexual Orientation Conversion Therapy. Dr Haldeman is a member of the clinical faculty of the Psychology Department at the University of Washington.

‘Thus, both sexual orientation and personal values and attitudes (in this case, religious/spiritual beliefs) are recognized by mental health professional bodies as important domains of personal experience. Further, these domains are to be respected and integrated into therapy as appropriate,’ write Drs Warren Throckmorton and Mark Yarhouse.

Second, Ozanne assumes that in every case an anti-gay, pro-CT “organisation” is taking the initiative in seeking out clients in order to shove CT down their throats. But what if an individual makes a free and informed choice and the form of therapy is mutually agreed upon between two consenting adults, the therapist and the client? If Ozanne is seeking to ban consenting adults from doing what they wish in the privacy of the counselling chamber, is this not ‘unethical’ and ‘harmful’ (to use her own words)—coercive at best, totalitarian at worst?

Third, Ozanne’s attitude is Eurocentric, Western superiorist and racist. Her approach is so suffused with her own white privilege that it is completely oblivious of the concerns of people with same-sex attraction in traditional and Islamic societies. In effect, she is condemning Farhad Tehrani to death in Iran and Smita Agarwal to a life cut-off from her family and community in India. She is also forcing her own political agenda down their throats and depriving them of the freedom to privilege a voluntarily chosen religious identity over their sexual identity (the latter a privileged postmodern luxury available to people like her).

Fourth, is total success the only criteria for evaluating any form of therapy? If so, it should be unethical to provide cancer treatments to patients, since the success rate is often low. Doctors warn patients of the risks and side effects of such treatments. If some treatments have failed, does that mean further research ought to be banned? Do open-mindedness and trial and failure not constitute the very basis of making progress in different scientific fields?

Can Ozanne offer empirical evidence for her claim that CT has failed? She cannot! The area of CT research is fraught with methodological problems. Foremost of these is sampling bias. ‘It is nearly impossible to obtain a random sample of research participants who have been treated for their sexual orientation, and it is equally as difficult to assess outcomes in a way that does not contaminate the scientific process with social bias. This makes it difficult to make meaningful generalisations about these treatments,’ writes Haldeman. Also, ‘few of the CT studies offer any follow-up data,’ he says. Given these limitations, most CT studies report a success rate of 30 per cent in changing sexual orientation. That’s better than the success rate in the cure of certain major diseases, Ozanne!

What about people who have other sexual attractions they wish to be helped with? Pornography? Incest? Paedophilia? Sadomasochism? I am not comparing these with homosexuality, but I am keen to know if Ozanne classifies them as sexual orientations, sexual deviancies or mental disorders (or “sin” for that matter). Many red-blooded heterosexual men would admit that their own sexual orientation is hardly monogamous and sometimes they seek counselling or therapy while struggling with attraction towards other women who are not their wives. Does Ozanne wish to ban therapy for such people? What if a person who is same-sex attracted does not wish to change her sexual orientation, but is seeking therapy to help her remain celibate?

By her own standards, Jayne Ozanne is guilty of spiritual abuse and coercion. She is seeking to use the authority of the established CofE to drive through an absolutist political agenda that will deprive individuals of free will and free choice and prevent them from voluntarily seeking therapy if they choose to.

Ultimately, her real goal is to get churches to stop preaching the offensive doctrine that homosexual practice is sinful. Taken to its logical conclusion, she will have to ban Bible reading—because the biblical texts prohibiting homosexuality can themselves be proscribed as homophobic and spiritually abusive. It is on this basis that police arrested street-preachers Mike Overd and Michael Stockwell for quoting biblical texts on homosexuality. The public prosecutor claimed that publicly quoting parts of the King James Bible in modern Britain should ‘be considered to be abusive and is a criminal matter.’

Of course, the topping irony of July’s General Synod is that another motion will seek to discuss reaffirmation of baptismal vows for transgender people. These transgender people have undergone painful psychological and surgical therapy and treatment in the process of conversion. Why is it ethical for someone to convert from one gender to another but unethical to seek to convert from one sexual orientation to another?

Ed Shaw is an Anglican minister. He is also a member of General Synod. He is gay but celibate. He co-leads Living Out—a ministry which helps Christians ‘who experience same-sex attraction stay faithful to biblical teaching on sexual ethics and flourish at the same time.’ Shaw has responded to Jayne Ozanne in the liberating language of rights: ‘We believe that everyone, gay or straight, has the right to make their own informed choice whether to receive counselling or psychotherapy on any issue they might choose—including their sexuality. Passing this motion could limit that precious freedom.’