‘Rebel Priest’ Rev Jules Gomes: Our most vulnerable girls pay sorely for our surrender to the Islamists 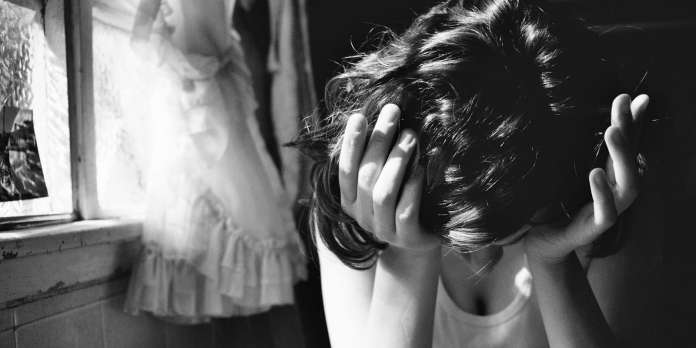 It is rape of the innocents on an industrial scale. First they came for white, teenage, under class girls in Rotherham, and we did not speak out – because we did not want to be called racists.

Next they came for white, teenage, under class girls in Oxford, and we did not speak out – because we did not want to be guilty of cultural imperialism.

Then they came for white, teenage, under class girls in Aylesbury and Bristol and Banbury and Derby and Halifax and Keighley and Peterborough and Rochdale and Telford and we conducted investigations, appointed commissions and published reports – because we did not want to be called Islamophobic.

Now they’ve come for white, teenage, under class girls in Newcastle and we have still not learned our lesson – we are still terrified of being labelled Islamophobic. A blind man in a dark room looking for a black cat can spot the common denominator among these despicable predators and their defenceless targets.

In the latest Newcastle sexual abuse scandal, 17 Muslim men were found guilty of 87 sex and drug offences. The men come from different ethnic backgrounds – Bangladeshi, Pakistani, Indian, Iraqi, Iranian and Turkish. The exception, who proves the rule, is a 22-year-old white woman, Carolann Gallon, who lured younger girls to the groomers.

There is another common factor – the attitude of the abusers towards the “other” – the “other” defined as non-Muslim, woman and white. ‘White women are good for only one thing – for people like me to f*** and use as trash,’ Badrul Hussain, one of the rapists told a white female ticket inspector when caught travelling ticketless in 2014.

Predictably, the chattering classes are in ostrich-headed denial. Home Secretary Amber Rudd insists that sexual predators are ‘not restricted to any single ethnic group, religion or community.’ This has little to do with individual predators, Ms Rudd! This is systemic, organised and methodical sexual abuse perpetrated exclusively by close-knit groups belonging to a particular religion.

Northumbria Police Chief Constable Steve Ashman says the police did not ask about religious background since those arrested were from different cultural backgrounds. If Chief Constable “Sheerluck Holmes” is so stupid or so obtuse as to confuse religion and culture, we are in very deep doo-doo indeed.

The Bishop of Newcastle should know better. She’s allegedly studied theology. But for Christine Hardman, community relations trump protection of white, under class girls. Well they don’t go to her church, which is largely white, elderly, and middle class – so she couldn’t give a flying fig.

If these teenage girls were prevented from gender transitioning to boys, woe betide, every bishop in the CofE would be taking the next Flying Scotsman train to Newcastle. There are now 11 or 12 of these overpaid women-bishops and Rachel Treweek, Bishopess of Gloucester, is into self-esteem for white middle class anorexic girls. But not a peep out of the female mitred gaggle when white under class girls are systemically abused and raped by Muslim men.

Bishopette Hardman has signed a ‘community statement’ (what an obnoxious term!) along with other well meaning but good-for-nothing religious leaders. The weasel words would put Alastair Campbell to shame. ‘We are also conscious that members of all communities are among those who are most disturbed and devastated by these crimes.’ Rubbish! Are Hardman’s Anglicans shattered by the wholesale victimisation of Geordie under class girls?

‘It is important now that we do not compound the profound suffering that victims of these crimes have endured by casting blame on entire communities…’ PC code for don’t blame Muslims. This is post-truth par excellence.

Writing in the wake of the Oxford rape scandal, Dr Hargey admits that the abuse is ‘bound up with religion and race: religion, because all the perpetrators, though they had different nationalities, were Muslim; and race, because they deliberately targeted vulnerable white girls, whom they appeared to regard as ‘easy meat’, to use one of their revealing, racist phrases.’

‘Another sign of the cowardly approach to these horrors is the constant reference to the criminals as “Asians” rather than as “Muslims.” In this context, Asian is a completely meaningless term. The men were not from China, or India or Sri Lanka or even Bangladesh. They were all from either Pakistan or Eritrea, which is, in fact, in East Africa rather than Asia,’ comments Dr Hargey.

Can we ask why is there no Asian rape-gang comprised exclusively of Sri Lankan Buddhists or Korean Presbyterians or Hindu-Indian corner shop owners, or Sikh taxi drivers or Pakistani Pentecostal Christians?

It goes without say that not all Muslims are rapists and not all Asians are predators. Nevertheless, all the evidence points to Muslim men targeting white girls. And yes, although the predators hail from many ethnicities, many happen to be Pakistani. There are at least three religious and cultural issues to confront.

First, rape is endemic in Pakistan. Professor Shahla Haeri, author of No Shame for The Sun: Lives of Professional Pakistani Women, says that rape in Pakistan is ‘often institutionalised and has the tacit and at times the explicit approval of the state.’ A Human Rights Watch study reports a rape every two hours and a gang rape every eight hours. What is particularly significant is the high percentage of Christian, Hindu, Sikh and other women from minorities raped by Muslim men in Pakistan. The British incidents reflect a perilous import from Pakistan.

Second, sexual promiscuity is endemic in Britain. The depressing fact is that the complete breakdown of sexual mores in the West has contributed to the stereotype of white women as ‘worthless trash’. This stereotype is prevalent among men (not just Muslim men) in Asia and Africa. No one is blaming these victims, but why was there no parental oversight or moral stricture that prevented these girls from being preyed on in so many parts of Britain?

Third, Islam views rape as a particular method of humiliation. Islam is centred on the home and family. The primary task of the father and brothers is to safeguard the mother and sisters. If they are sexually assaulted, the honour of the entire family, especially the man, is at stake. So what do you do if you wish to humiliate the Western man and Western society?

You rape their women! This has less to do with sex than with power, domination and humiliation of the ultimate enemy – the kuffar. Last year, Professor Suad Saleh from Al-Azhar University, provoked a storm when she said that ‘Allah allows Muslims to rape non-Muslim women in order to humiliate them,’ particularly during a ‘legitimate war.’

It is a war. We are fighting religious predators who have imported a culture and religion from abroad that is trashing Western civilisation. We are fighting secular Leftist predators who have spawned a culture of self-loathing for Western civilisation and have celebrated what the Cultural Marxist Herbert Marcuse called ‘polymorphous perversity’ – and the most vulnerable of our society are now paying the tragic price.