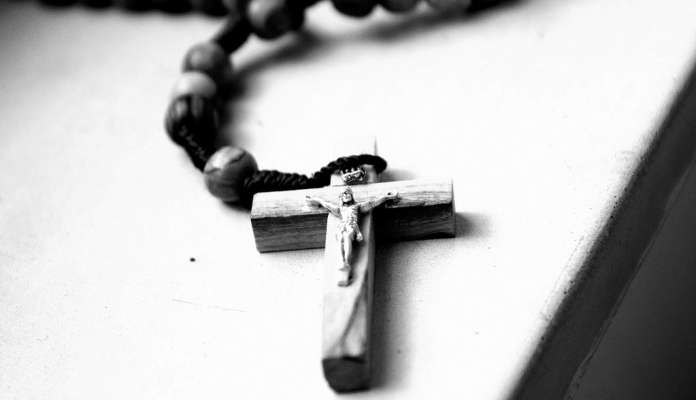 The horrors of the Holocaust haunt us 70 years after Auschwitz. The smell of incinerated Jewish flesh remains a stench in our nostrils. The Nazis had dehumanised, brutalised and cremated six million Jews. No one knew the full horrors of the gas chambers until Allied forces went in to liberate the camps and the first shocking pictures flashed across the world. The Nazis had blinded humanity to the finality of the Final Solution.

The Nazis weren’t uncivilised savages. Germany was the epitome of high culture. The Nazis promoted the works of Bach, Beethoven, Bruckner and Wagner while silencing the music of Mendelssohn and Mahler. The National Socialists weren’t illiterate aborigines. Germany was the embodiment of higher education. Of the 16 signatories to the Final Solution at the Wannsee Conference, eight had PhDs.

But the world slept like Rip Van Winkle, blinkered by the disbelief that the most cultured and educated elite could stoop to the most barbaric behaviour known to mankind. You could count the Davids who dared to challenge the Goliath of the Third Reich on the fingers of one hand. It was slingshots against Panzers and the Luftwaffe. It was Lutheran pastors Niemöller and Bonhöeffer against Hitler and Göring. The established church of Deutschland clicked its heels in a smart Sieg Heil and sang Das Horst-Wessel-Lied in a loyal fortissimo.

Seventy years later the “civilised” world is snoozing, boozing, clubbing, tweeting, and signalling its virtue by clicking “Like” on Facebook, while jihadists are perpetrating genocide against Christians. This time, we cannot say that we do not know the reality of the Jihadi Final Solution. When jihadis behead Christians, they upload the gory scenes on YouTube. When Boko Haram captures Nigerian Christian girls and sells them in slavery, a spokesman trumpets it to the media by releasing a video.

Now she must translate words into action. Today Barnabas Fund releases its pre-election manifesto and is rousing political Rip Van Winkles from their slumber of political appeasement. The message of the manifesto thunders across political parties: The next UK government should recognise that without specific urgent action now there is a very real danger that Christian communities will have ceased to exist in large parts of the Middle East by the time of the next general election in 2022.

Barnabas Fund is warning the West of the ‘very real threat that entire Christian communities, which have existed in large areas of the Middle East since the first century of Christianity, will quite literally have been eliminated by the time of the next UK general election in 2022.’ In Iraq alone, the number of deaths could possibly be in the tens of thousands. ‘There is no question that these deaths constitute evidence of destruction for purposes of the Genocide Convention,’ a research paper in the Case Western Reserve Journal of International Law, one of the world’s oldest and most prestigious international law journals, emphatically states. The truth  that no one wants to know is that the persecution facing Christians is the largest ‘human rights’ violation issue in today’s world.

But it is not only Christians in the Middle East who are at risk. Here, in England where the Church of England is still the religion ‘established by law,’ a new test of ideological orthodoxy is being rammed down the throats of conscientious objectors. What an irony! Once upon a time the UK led the world in abolishing the various “Test Acts” that required anyone holding public office to assent to a particular set of beliefs. The manifesto cites the following examples:

Today, however, politicians like Tim Farron and Conservative MP Andrew Turner, who was forced to resign last week by his party, are required to pass the “test” of the prevailing orthodoxy of identity, gender and sexuality politics—even at the risk of compromising their deeply held Christian beliefs.

The twin tyrannies of Jihadism and leftism are mounting a war on Christians—in the Islamic world and in the UK. In the light of the liberating trajectories of the above acts, the Barnabas Fund manifesto calls upon the next UK government to ‘pass a law stating that no one holding or standing for public office should be required to hold particular beliefs.’ So far, freedom of religion was understood as freedom to practise a religion, worship, build places of worship, choose or change a belief system, and persuade or evangelise others.

As Christians holding public office are humiliated in Stalinist show trials and burnt at the media stake for holding traditional views on sex and marriage, the Barnabas Fund manifesto is insisting that freedom of religion should include ‘the absence of any requirement for people to assent to a particular worldview or set of beliefs to hold public office.’

The situation in the Middle East is dire. The next UK government should recognise that as well as Islamic State other jihadi groups are targeting Christians and other minorities. Citing the 2013 attack on the Christian town of Maaloula in Syria, the manifesto alerts the government to terrorist groups like Ahrar al Sham who carried out the attack and who have not been placed on the Home Office list of banned terrorist organisations.

While leaders of seven Anglican mission societies recently signed a statement opposing Trump’s recent executive orders giving priority to Christians fleeing persecution, the Barnabas Fund manifesto does precisely the opposite. It calls for the next UK government to act decisively and address the disproportionate under-representation of Syrian Christians among refugees referred for resettlement in the UK by the UNHCR. Last year, of 4,175 Syrian refugees resettled in the UK, only 64 were Christians and 18 Yazidis, even though Syrian Christians are singled out for persecution by IS and other jihadi groups.

Most worrying for the civilised world is the threat to free speech. While Tim Farron will lose votes and Andrew Turner lost his seat, Pakistani Christians accused of blasphemy are losing their lives. The Pakistan government wants to introduce a ‘global Islamic blasphemy law’ that prohibits any criticism of Islam on social media. Facebook has agreed to co-operate with this draconian law. It is wooing 27 Muslim majority countries to get international agreement to prosecute anyone who posts online any material deemed to be blasphemous.

The manifesto urges the next UK government to take active steps to combat the global spread of Islamic blasphemy laws and other laws or practices that have similar effects in muzzling free expression.

The Holocaust was the nadir of Western civilisation. When the Jews suffocated to death in the gas chambers of Auschwitz, freedom of thought, speech and religion died. It took years, and the fall of the Berlin Wall, for Europe to begin to recover.

The Reformation was the zenith of Western civilisation. When Martin Luther nailed his 95 Theses to the door of church in Wittenberg, the first hammer blows he struck in favour of freedom of thought, speech and religion echoed throughout Europe.

Now, once again, that hard-earned freedom is being ‘incrementally eroded,’ and in the year of the 500th anniversary of the Reformation the Niemöllers and Bonhöeffers of Barnabas Fund are nailing their manifesto to the doors of the House of Commons. Wachet auf, Europe! Wake up, Britain! One day they will come for you and—and there will be no one left to speak for you.