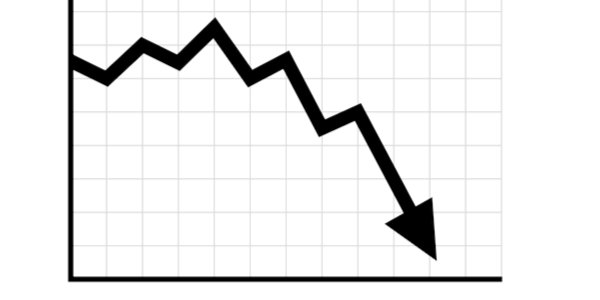 ‘WHAT on earth is going with British productivity?’ asks business jounalist Maggi Pagano.

A very good question. Increasing productivity is one of only two ways that you increase the real, long-term individual prosperity of a country (the other being to have a greater proportion of your population in work), and British productivity lags far behind its competitors, slowing almost to a halt after the 2008 financial crash. As productivity slows, so real wage growth must inevitably follow its decline, and the politics of the zero-sum game start to become more and more attractive. Fail to solve ‘the productivity puzzle’ and Corbyn is right – eventually the socialist day will come, red in tooth and claw.

As Pagano notes, relatively poor productivity growth is by no means a solely British problem: rates throughout the Western world have been declining since the 1960s. Theories to explain this phenomenon range from the deeply alarming, namely that innovation has hit some scientific barrier that may prove impossible to overcome, to the more optimistic outlook that productivity is merely being poorly measured in the digital age.

However, Britain’s performance since the financial crash has been particularly abysmal, and Pagano summarises the various rather technocratic theories as to why we have been so afflicted. No doubt many of these have merit. But what if there are also deeper, cultural reasons for our decline, and indeed that of the West in general? What if, more than any other Western nation, we are now paying the price for the strip-mining of social capital from our society over the past 50 years? To paraphrase James Carville, what if ‘it’s the culture, stupid’?

This is a non-exhaustive list meant to stimulate debate. TCW readers will no doubt contribute many more.

·       The decline of faith. Once, the role of religious culture was absolute centre-stage in the economic debate. Authors such as Max Weber and R H Tawney attributed to Protestantism the quite unprecedented productivity growth that first blossomed in Northern Europe and North America during the industrial revolution when compared with Roman Catholic societies of the same period. Of course, in the West such rigid intra-Christian denominational distinctions certainly don’t hold water today, and the story of our time is instead an increasingly anaemic Christianity being replaced by liberalism. Could the replacement of Christian values of individualism, family, frugality, altruism and self-restraint by liberalism’s permissiveness, self-absorption and adherence to group rights be central to our gradual economic decline?

·       Demography. Britain, like most Western European societies, has an ageing population. You would expect this to lead to a slowdown as the workforce becomes wearier. Although this may explain some of the West’s general productivity shortfall, it cannot explain Britain’s relatively very poor performance, as our demographic situation is considerably less catastrophic than many other European nations.

·       The feminisation of society. The emancipation and rise of women in recent decades has shifted the cultural balance of our society from masculine characteristics towards feminine ones in both good and bad ways. One downside is that society has become much more neurotic towards physical risk, slowing the uptake of productive technologies such as shale fracking.

·       The decline of marriage and family breakdown. Marriage and committed fatherhood is known to be very good for male productivity as men take on the provider role. Conversely, family breakdown is not just economically expensive but a cultural disaster for society, particularly children. The lack of a father figure for young boys, especially, manifests itself in poor educational and life outcomes, with the result that many, particularly from working-class backgrounds, grow up to play no constructive role in society at all.

·       Male alienation. The incessant feminist onslaught against men in recent decades is unprecedented in human history, and yet few seem to care. It is true that there has always been a considerable amount of male alienation from society: men have always disproportionately drunk themselves to death, ended up in jail and so on. However, what if the slow drip, drip, drip of feminist bile and the demonisation of the masculine role is leading to a slow withdrawal of men from society as productive individuals, as Helen Smith argued in her book Men On Strike?

·       British snobbery. An old, old problem, this. Snobbery particularly towards technical skills and education has held this country back for well over a hundred years, when concerns were first raised about how poorly educated our technical workforce was compared with Germany’s. Our establishment continually pays lip service to good technical skills but nothing ever changes, and nor will it.

Culture tends to change at a glacial pace, and for this reason cultural questions are rarely engaged with by politicians fixated on the electoral cycle. However, not just for economic but more importantly social and cultural change, Brexit is a unique chance for reset and debate about our long-term direction. Throughout the last three and a half years, our technocratic political class have shown few signs of being able to rise to the challenge. Now is the time for them to prove those of us who are deeply sceptical they can ever do so wrong.