NewsPaperthe art of publishing
Home News Readers’ Forum: The MSM is part of the ruling class
0

Readers’ Forum: The MSM is part of the ruling class 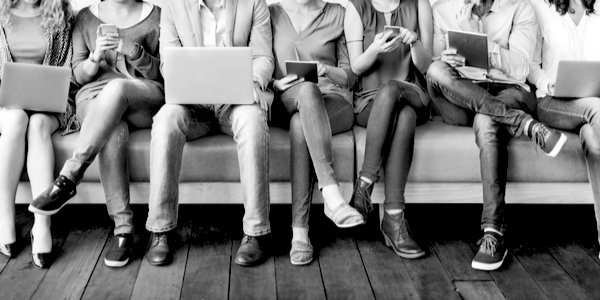 OUR round-up of the best, most pertinent and amusing comments of the week that have caught our eye.

In response to Will Jones: The lockdown myth is exposed, but the mainstream media aren’t interested,

Why do you expect the media to be interested in the truth?

The media are interested in their advertising revenues and any bungs they can get from Governments.

If the aim of lockdowns is to increase the power of powerful corporations who advertise, then the media will say whatever it is that those advertisers want them to say. If the deep state has bunged them, they will sing the Deep State narrative, whatever it is.

The time has clearly been reached when ‘customers’ of the MSM make their own decisions about product quality. They should abandon the MSM in droves, meaning that the MSM advertisers lose the reason to advertise with them.

You treat mass media as merely interested in profit and separate from our ruling classes. I would say they are both part of one ruling class, sharing the same modern university education, the same anti-patriotic, progressive values, the same arrogant elitism and snobbery toward gammons and little Englanders, and often the same beds as well. They are all interested in reforming and controlling the lower orders, not in informing and treating people as equal citizens. Their mission is more about moralising control than money-making. However, they can’t moralise to those ignoring them, so I fully agree with your advice to abandon them totally, and starve them of all funding, respect and credibility. Mockery is fine.

In response to Karen Harradine: Shame of the powerful boss who had a powerless underling sacked,

Perhaps the next person entering the Vogue offices looking like a delivery driver, but not challenged by security, will be the one who runs amok with a knife. The security guard will be sacked for NOT making the challenge. I look forward to experiencing a frisson of schadenfreude.

In response to Anthony Webber: I didn’t wear a mask in Tesco – and I survived!

If governments think widespread mask compliance is an indication of how compliant the public will be over mandated vaccination, they are going to be in for a rude awakening.

It will be mandatory in the sense that you will be denied government services (school, hospitals etc) if you do not have it.

After that ALL vaccines will be mandatory in the future.

All a government needs to do to impose a tyranny is a moral excuse.

In response to Christine Brett: After lockdown, can schools be trusted to handle the return?

What really pisses me off is that the government attempted to buy the teachers off with a pay rise, apparently to no avail. So teachers will be pocketing more money at the expense of the taxpayer, at the same time as refusing to do the job of teaching the children of many people who will be facing the dole queue.

An interesting experiment is about to be played out. A generation of children have been deprived of 6, 8 maybe even 12 months of education. Will GCSE exam results continue their inexorable improvement into the stratosphere for the next ten years? If so, then what good are teachers if children can still achieve such good results having been put a year behind by the lockdown? Alternatively, exam results will take a dive for the next decade which will probably be used as an excuse for more funding. It’s going to be a really difficult time for OFSTED deciding which lever of deceit to pull.

If the stay at home learning with mum and dad has damaged children’s mental health, what will they be like when the compulsory lessons on Stonewall gender start in the new year? At least over the absence parents have been able to weed out the gender bending and climate alarmist bilge. Desks facing the front. Thanks Covid.

The silent majority is alive and well and living in America. We don’t buy campaign signs, we don’t damage the finish on our cars with bumper stickers, we don’t wear the t-shirts or the hats. Long before President Trump, the silent majority watched and voted. While I cannot deny that for some there is fear of openly supporting President Trump, for most of us, that has never been our ‘style’. Who I vote for is my business. We don’t air our dirty laundry in public and we don’t talk about who we support politically. We never have.

We keep a low profile – which is why the world was stunned (like a 2 x 4 to the forehead) when President Trump got elected in 2016. But the world would be greatly remiss to assume that the Left has chased us into our closets. They have heightened and intensified our resolve. This is OUR America; not the Left’s. With the help of Almighty God, my great-granddaughters will grow up in the America I grew up in, not some failed, weakened, inglorious socialist country, begging scraps from around the world.

It is important to remember the sheer size of America. This is a BIG country. We have something along the lines of 330million people living here and the Left represents just a small portion of that population. They are the loudest portion, certainly, but they in no way represent America. And never will.

Stanley underestimates the seriousness of the threat to the US. The Democrats are fomenting unrest, at the cost of many lives either killed by the ‘largely peaceful’ protesters or through skyrocketing murder rates.

In office they would cut a deal with BLM, the outlines of which is that traditional policing will be largely ended, and community-led policing will take over, led by BLM. So, armed groups of state-sanctioned BLM gangs controlling large swathes of US cities. Weapons sales are at all-time highs as citizens arm themselves against this possibility. The danger of this leading to open warfare is huge, with goodness knows what cost or end.

I cannot believe there are enough middle-class liberal fools to vote this into reality. Trust the people.

In response to Henry Getley: Exposed: The culture of ‘spite and venom’ behind the BBC’s trashing of Churchill,

Mangold is mistaken to think the BBC targets marginals. It already owns those among them who watch the BBC. When they attack Churchill, their aim is to sow seeds of doubt in the minds of middle Britain, taught in its stolid way to believe there are two sides to every question and inclined to think there’s no smoke without fire.

Interpretations of history and its actors like Churchill become more imaginative the further we are in time from events and the freer opinion-formers are to impose contemporary morality on the past.

The BBC is probably happy with the reaction to its Newsnight attack on Churchill. It made an impact. A single television segment won’t make a difference. But the more the corporation inserts its counter-worldview into viewers’ consciousness, the more this becomes established as a legitimate point of view.

The BBC is smart enough not to pull a statue down when chipping at it relentlessly gets the job done over time.

There are surely still BBC people who still accept the conventional view of Churchill but as they retire, they will be replaced by woker, more left-wing, more ethnic minority journalists. The Newsnight segment was a forerunner of what they’ll sell us.

The Covid crisis has seen us accept a level of government control of every aspect of our lives which I never thought I would see in Great Britain. From basic civil rights like freedom of association and movement, to the pettifogging details of bans on hymn singing, mask wearing, fathers not able to walk their daughters down the aisle, it feels like we are living under tyranny.

Cancel culture and the censorship of art and history is straight out of the totalitarian playbook – separate people from their past and you can create any future for them that you wish.

It really makes me want to throw something at the radio when BBC Radio 4 Extra announcers pop up before programmes from the 1950s and 60s (such as The Goon Show, The Navy Lark, or Round the Horne) to warn us that ‘the following programme contains dated attitudes and language’ – in a purse-lipped tone that suggests we may need counselling or thought-correction.

Such programmes were – as we all knew at the time – deliberately ironising and laughing at cultural clichés, not inventing them! But then how could the ADHD children now in charge know that? They strain even to remember David Cameron, and they cannot escape their shared, bland mindset and brainwashed semi-education. They have read nothing and had no original thoughts, and modern history is a closed book to them.

In response to Charlie Spedding: We are being fed a diet of lies,

I don’t think I mis-heard. We’re being told we ‘OWE IT TO THE NHS TO LOSE WEIGHT.’

After a lifetime of paying taxes with, thankfully, little need of NHS services I don’t think I owe our health service anything

Seems Nigel Lawson was right. The NHS is now the national secular religion that we must now serve.

In response to Andrew Cadman: The Tories’ surrender in the culture wars will bring them down,

‘Indeed, and it is his and the wider Tory failure to fight for those values . . . ’

The Tories perpetrate the culture war. They are waging war against the historic population.

The Tories think they can get away with the abysmal, Leftist policies they are pursuing because their focus is on neutralising Labour.

The real threat to the Tories is a new mainstream party of the Right. Such a party would peel off Tory voters by the million. Hopefully Farage’s Reform Party will soon be ready for action.

In response to Gary Oliver: Wales treats shoppers as adults on masks – but for how long?

I see that muzzles are to be obligatory in other inside spaces, including cinemas, art galleries and museums.

I haven’t been to a cinema for ages, years probably, but at this rate, it will be years before I go again. Who in their right mind is going to sit through a film, possibly 2 or 3 hours, with a muzzle on? And given that it is dark in there, who is going to be enforcing it anyway?

Or are we going to have Muzzle Monitors patrolling the aisles? I can see them shining their torches along each aisle, then shouting at refuseniks, or even dragging them from their seat and ejecting them bodily from the cinema. Using suitable PPE of course, because ‘safety first’.

I’ve heard some hair-raising stories about the hygiene standards in cinemas. I think you’re more likely to catch something from the seat, rather than a lack of mask.

But honestly, what have we come to? The Government is now like a diseased animal, in my view, and should be put out of its misery before it does more damage.

Readers’ Forum is taking a break and will return in September. But do keep the comments coming!