Radical feminism – a new excuse for being dim 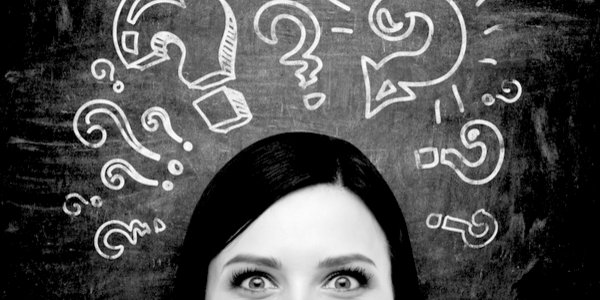 I once knew half of a comedy duo called The Men Who Know. They gave out advice with a satirical bent. I wonder if they’d get booked now as they were both white, middle-class and in the interest of humour went in for what is now called ‘mansplaining’.

Men showing their superior knowledge has recently gone right out of favour. Every day on BBC Radio 4 we are given evidence that whatever men know, women know better, and the patriarchy can best atone for past oppression by shutting up. A female comedian – most women on radio are now called comedians even though they never, ever tell jokes – recently yowled, ‘I want back my piece of pie that you (men) have stolen from me.’

She was referring to equal pay and a lot more: the entitlement to power in the boardrooms and political offices of the state. The most obvious sign of male oppression is of course ‘mansplaining’, when a man flagrantly tells a woman things, from the capital of Botswana to the size of the national debt, which she obviously already knows.

I have been annoyed about this phenomenon for years, long before feminists began to style themselves as comedians in an attempt to subjugate male humour. About twenty years ago at a Royal Academy Summer Exhibition I witnessed the usual scene: a man and a woman standing together in front of a painting, he giving her a lecture, describing its detail, talking about the artist’s approach and the importance and influence of the work. I was so fed up that I told the young man to desist. He was amused and asked me to take him to a painting and explain it to him. None of the paintings exhibited there meant anything to me, but I had made my point and he seemed to accept it.

I’ve never been keen on alpha males who throw their superiority about. I’ve met the type who will repeat the words you’ve just said as if they had just invented them and no one else heard you. There is a particular sort of male vanity on show in art groups. They consider every painter since Titian a failure, apart from Ken Howard and themselves.

I know men can be vile, bullying, unpleasant, pathologically selfish and are often gifted with low cunning, but they can also be brilliant company and very entertaining. As I enter a time of life when I mainly meet women and males are increasingly thin on the ground, I have shifted my stance towards rather than against them. A young woman on Radio 4 was recently ranting about ‘mansplaining’, blaming the men, but surely two people are equally involved: the female assents in her listening instead of interrupting or walking away. She does so because there is a price to pay for asserting your own intelligence.

Girls who put up their hands a lot in class will find that many of the boys will fear them. It’s sadly usually the plainer girl who will take the risk of making a joke when boys are present; pretty girls don’t need to encroach on male turf. At work, if they are assertive, female colleagues will quietly undermine them and men will use the American term ‘ball-breaker’.

Women allow men to talk at them because it’s easier, and I am really sorry to say also because they may be ignorant than men, who often have a very wide range of knowledge. This may be down to education, the necessary preoccupation with young children, the strange helplessness which often overcomes married women who let their husbands deal with all the technical, practical problems, such as where to find the fuse box and how to do the tax return, and who also come to rely on him for general knowledge and map-reading.

Whatever the reason, female conversation is usually duller and more muted than when men are present. There is a horrible familiarity when they start on about their children’s schooling, grandchildren’s prowess on the flute, and their own food allergies. They generally don’t welcome clever, combative talk or more abstract ideas.

Recently during a break in one painting group, the only man present was talking about the new TV series Civilisations. He was ‘mansplaining’, as none of the ten women present had watched it, except one who said she had fallen asleep. A woman aged about forty-five, married to a wealthy man, asked him, ‘Those cave drawings, are they BC, or after that?’ At an art school in Chelsea, which attracts a lot of wealthy wives, one of the ladies told me she’d never heard of John Constable, then she thought a bit and said, ‘Is he the one who painted that cart thingy?’ Both had received a private education costing at least twice the average lifetime earnings of many people living on council estates doomed to sink schools.

Lack of confidence has always been blamed for keeping women off quiz shows and out of public life. Only 22 per cent of the contestants on University Challenge are women. Some universities refuse to form teams at all if they can’t find a woman to take part. Brain of Britain on Radio 4, a quiz which has been going since 1953, has had only six female champions.

The new feminist theory insists that the knowledge expected from contestants, and the climate of political debate, just doesn’t suit women, being skewed towards the white, middle-class male experience. BBC producer Jo Bunting, who is putting so many female stand-ups on air, said that when women take part in panel games they see it as a job interview, while for the boys it’s part of their usual banter. TV producer John Lloyd said that women often turn down invitations to appear on QI because they don’t want to feel ‘laddish’.

The Left have borrowed the idea that the material, not the student, is to blame from the anti-racist movement which attributes academic failure to faults in the canon of knowledge itself. According to this thinking, ‘If I can’t answer the question, the question is wrong’.

The lack of female faces on upmarket quiz shows is evidence of the trade-off many women make in order to win and keep a man, and lead a comfortable, conventional life. By blaming men and saying it’s about social constructs, radical feminism is giving women a new excuse for being deliberately dim and refusing to take risks. By seeing their sisters as hapless victims, tied to the railway tracks of history, they are ensuring that many women will go on embracing ignorance and passivity as female virtues, and our culture will go on being about men who know and women who don’t.