Quote the Bible and the police will be on your case 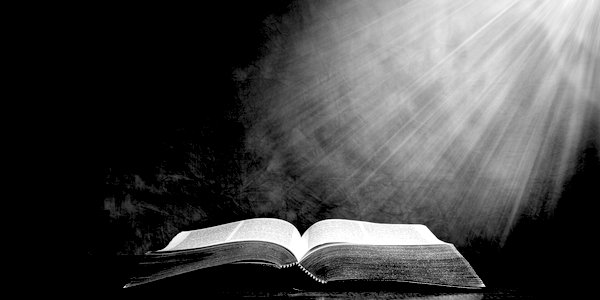 WITH a population of just over five and a half million, 3,848,191 Finns are registered Christians. This does not mean that they are practising Christians or attend church, merely that they are willing to pay about one or two per cent of their income as church tax, depending on their location. It does, however, indicate that they have a form of respect for the institution of the church and agree to support it.

In the midst of this Christianity-as-folk-religion, Finnish police have started an investigation against a member of parliament for quoting the Bible whilst criticising the stance of the state church.

Finnish politician Päivi Räsänen, a member of the Christian Democrats party and a former Minister of the Interior, has criticised her own Evangelical Lutheran Church of Finland. A pro-life advocate and doctor by training, she was distressed by the denomination’s endorsement of the Helsinki Pride events. She contended that the church was going against biblical principles.

‘I was shocked that the Evangelical Lutheran Church of Finland, of which I am a member, announced its official affiliation to Helsinki LGBT Pride 2019,’ she said.

Finland legalised same-sex marriage in 2014, but the Evangelical Lutheran Church of Finland still teaches marriage as being between a man and a woman, at least officially. Despite this, a previous Archbishop commended the same-sex marriage Bill as it went through Parliament; as a result almost 8,000 members left the church.

At first Räsänen considered resigning from the denomination over the Helsinki Pride issue. Instead she chose to pray and seek God’s will for what she should do. ‘As I prayed, I was convinced that now is the time to try to wake up the sleeping ones, not to jump out of a sinking boat,’ she explained.

Räsänen took to Facebook criticising the stance the church had taken over the endorsement of the Helsinki Pride events. To illustrate her point that homosexual activity is considered a sin in the Bible, she quoted the apostle Paul writing in Romans 1:24-27 in the post.

‘Therefore God gave them over in the sinful desires of their hearts to sexual impurity for the degrading of their bodies with one another. They exchanged the truth about God for a lie, and worshipped and served created things rather than the Creator – who is for ever praised. Amen. Because of this, God gave them over to shameful lusts. Even their women exchanged natural sexual relations for unnatural ones. In the same way the men also abandoned natural relations with women and were inflamed with lust for one another. Men committed shameful acts with other men, and received in themselves the due penalty for their error.’

Her comment about the church and the biblical quotation led to a criminal complaint being made, and as a result Räsänen is being investigated by Helsinki police over the charge of ‘inciting hatred’, which under Finnish law can lead to two years in prison.

Bizarrely, the police department said in a news release that the member of parliament has been accused of ‘agitating against an ethnic group’. Räsänen argues that this is not only false but also an allegation that, if maintained, will have serious consequences for the Finnish Christian community and freedom of religion as a whole.

Räsänen explained the rationale for her criticism: ‘My purpose was in no way to insult sexual minorities. My criticism was aimed at the leadership of the church.

‘Our Church Act states that “All doctrine must be examined and evaluated according to God’s Holy Word”. Pride events celebrate acts and relations that the Bible calls sinful and shameful. Based on these Scriptures, I asked: “How can the church’s doctrinal foundation, the Bible, be compatible with the lifting up of shame and sin as a subject of pride?”’

Under Finnish law freedom of speech, even outrageous speech, for parliamentarians has previously been considered sacrosanct. It has been considered necessary for a functioning democracy for MPs to be able to speak their minds. Apparently, politically correct protection of homosexuality can overrule even democratic safeguards.

Räsänen highlighted her concern that this investigation will have an impact on ordinary Bible-believing Christians. She believes that if quoting the Bible is considered even ‘slightly’ illegal, it could lead to self-censorship among Christians.

‘Many, especially the young people, are afraid that if you are labelled as a Bible-believing Christian, it will hinder your career and social acceptance.’

Räsänen has refused to stop sharing excerpts of Scripture and continues to take a biblically-informed view on sexuality. She is determined to hold fast to the notion that ‘every person has the right to hear the whole truth of God’s Word, both the Gospel and the Law’.

As well as being determined to maintain faithfulness to Scripture, Räsänen is also motivated by pastoral concern. ‘Only people who recognise their sins need Jesus, the forgiveness of our sins,’ she said. ‘This is why we also must have the courage to call homosexual relations sinful.’