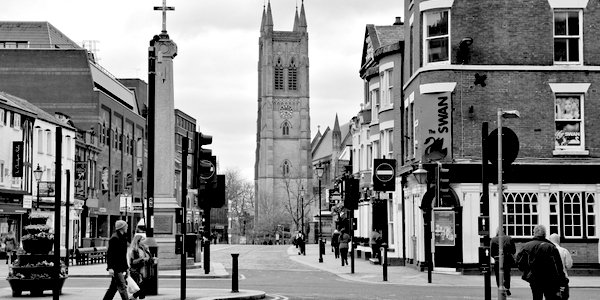 CHARLIE is my darling – again. Appearing on BBC TV’s Question Time in December 2018, Charles Moore wryly noted that of the five guests, only he was pro-Brexit: ‘Everybody on this panel except for me comes from a Remain point of view on the referendum, therefore they don’t understand why people care about this and they don’t see what the real issue at stake is.’

The brilliant Charles Moore on the #bbcqt panel: “here we are, five people on the panel and only one of them is pro-Brexit, that’s a very usual balance on the BBC.” pic.twitter.com/zZ3UtNoteY

What Moore previously observed to be ‘a very usual balance on the BBC’ was repeated when he appeared on the latest Question Time last week. His first contribution to the show was to identify himself as, once again, the ‘only Leave supporter’ and to proffer a question to presenter Fiona Bruce: ‘Again and again on this programme the balance totally fails to reflect the wider country . . . why is it the political class constantly dominates this programme when we know that more than half the people who voted, voted Leave?’ (From 01.15).

There is of course a similar question to be asked regarding the narrow Leftist groupthink which influences most of the BBC’s social, cultural and political output. Answering for Question Time only, the retort from Bruce was that whoever appears for the Government – most recently Culture Secretary Jeremy Wright, Education Secretary Damian Hinds the week before – ‘supports the Leave position’.

Each week an interchangeable minister advocates and defends Government policy of Brexit-in-name-only; the notion promoted by Fiona Bruce, that Mrs May’s mouthpieces speak for Leave voters, will have elicited much hollow laughter amongst the viewing Brexiteers who continue to endure Question Time. One of the places where snorts of derision were likely to have been heard was Bolton, the Lancashire town where 58.3 per cent voted Leave and which was originally scheduled to host Question Time last Thursday.

However a few days beforehand the BBC announced: ‘This week’s Question Time will now be broadcast from London to allow attendance from panellists who might otherwise not be able to travel to the North-West due to unfolding Brexit developments and commitments in Westminster.’  Or as Fiona Bruce indelicately put it, the switch to Dulwich was ‘to make sure we have some important players coming on’.

There’s a new venue for #bbcqt this week. We’ll now be coming from Dulwich in London. We’d love to have you in the audience. You can apply via the link here👇https://t.co/XEvbNs4LlQ pic.twitter.com/kPqKqcoj5r

Not that the guest list lived up to that effusive billing. Apart from lukewarm Leaver Jeremy Wright and bona fide Brexiteer Charles Moore, the cast included EU apparatchik Mairead McGuinness – Irish, if you hadn’t guessed – and Novara Media’s Ash ‘I’m literally a Communist’ Sarkar: a pair Fiona Bruce perhaps meant to describe as ‘self-important players’. This description certainly fits David Lammy, the final panellist who, if his embarrassing appearance on Celebrity Mastermind is anything to go by, would struggle to locate Bolton on the map.

But for the change of venue, presumably David Lammy would not have featured; certainly, it is difficult to imagine David voyaging as a metropolitan missionary to Bolton, a faraway town that decisively voted Leave, and for which London-centric Lammy would require a travel visa and inoculations. Instead, the Member for Tottenham had only to cross the Thames: in Dulwich David won easy and sustained applause by sneering at the privileged background of no-deal advocate Charles Moore; with trademark finger-jabbing, he bombastically blustered that Brexit is not to be treated as an ‘Etonian joke’. (From 40.15).

Charles Moore dryly noted that 17.4million voters did not all attend Eton. It certainly is doubtful that many public school alumni were amongst the 80,491 Leavers in Bolton. Had Question Time come from Lancashire as originally scheduled, rather than amongst the rabid Remainers of Dulwich, Bolton’s Brexiteers would have been much more likely to challenge Mairead McGuinness, Vice-President of the European Parliament, and her condescending codswallop regarding the EU referendum.

‘The trouble is it wasn’t a simple question. It was proposed as a simple question. If it was so simple, why are we, in April 2019, still debating it internally in the United Kingdom?’ Well, Madam Vice-President, the straightforward reason is because treacherous Theresa, her craven cabinet and our pusillanimous parliament are terrified by the prospect of independence and self-government; all conspicuously lack the courage and confidence of the voters who won the referendum expecting that the UK would, after almost three years, cleanly have broken free of the EU.

Being a bigwig in Europe, Mairead McGuinness naturally believes that the British public should rescind their inconvenient instruction to UK politicians: ‘In Ireland, where I’m from, we hold referendums more frequently and sometimes we vote again because sometimes the government has failed in explaining the detail of the referendum . . . we go back to the polls with consideration of new information and I’m afraid that’s perhaps what you should try and do.’ (From19.30).

In other words, after defying the government the proles ought to vote again until they produce the approved result. There speaks the authentic voice of the European Union. Pity it was heard in deferential Dulwich rather than Brexit-backing Bolton.