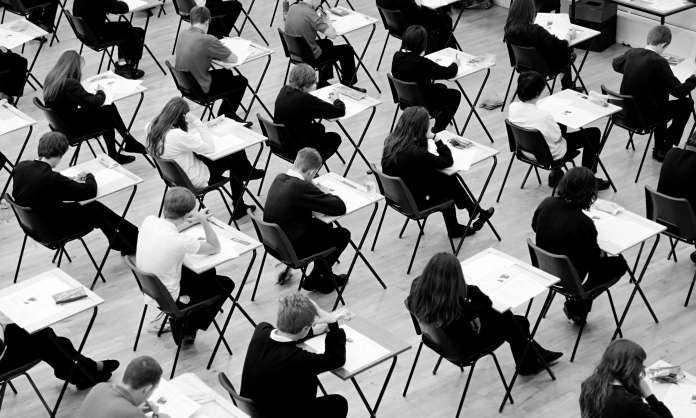 STARBANK school pupil leaves lessons early for fear of being beaten up on way home,’ announced the Birmingham Mail’s website on Monday. It was followed a few hours later by this update: ‘Fresh strikes at Starbank school in Yardley over knife crime and violence.’

The national media has been stacking up reports, too, with headlines such as these: ‘Brawl filmed in Starbank school corridor on Fight Thursday’; ‘Starbank school teachers strike over violence fears’;

‘Every day is HELL: Pupil, 13, at out-of-control Birmingham school says she’s forced to leave class early over fears violent bullies will attack her.’

According to Ofsted’s latest report in 2012, the school is ‘outstanding’ in every area. A monitoring Ofsted visit last year in effect confirmed the 2012 report’s finding by stating that it had no concerns.

It seems that pupil behaviour, though, is so bad that teachers have been downing tools and going on strike.

What on earth is going on? A clue might be found in the school’s embrace of a ‘no-blame’ approach to pupil behaviour being marketed by a company called Pivotal Education Behaviour Specialists. Notwithstanding budget pressures, Starbank school has ‘bought in’, literally, to the company’s training programme on managing poorly-behaved children.

Pivotal has recognised, it seems, that classroom disruption is not all bad news. There is money to be made from it. The breakdown of pupil behaviour in many schools provides an outstanding business opportunity. Sadly, the medicine it is offering is highly unlikely to solve the problem. It may even make matters worse because it appears to be based on the fashionable notion of a ‘no-blame’ culture. No matter how badly a pupil behaves, it is not really his or her fault.

This allows for what is these days known as a ‘restorative’ response to bullying, thuggery and general disruption. In other words, a bit of a chinwag will sort things out. The naughty little blighters will soon repent and come round if you treat them as equals. Pivotal spells this out in its sales pitch:

‘We don’t believe the 5 per cent of the most troubled learners are ‘behaviour problems’; they need a different approach . . . There is no ‘them and us’ culture. Universal micro scripts are used to intervene with poor behaviour . . . adults and learners have structured restorative conversations.’

And there is especially good news for senior management in schools. There is a real incentive to spend precious funds on the training packages. How about this for an inducement?

‘Learners are never passed up the hierarchy. We have innovative approaches to ensure teachers at the classroom level remain in charge of the incident.The Pivotal Approach can help reduce detentions, segregation rooms, physical restraints or punitive punishments.’

In other words, school bosses will not need to get too involved. A burden of responsibility will be lifted from their shoulders. They will no longer have to take the blame for not backing their staff. The Pivotal approach to pupil behaviour management will ensure it is all, or mostly, down to the teacher – the poor bloody infantry. Small wonder, then, that around two-thirds of new teachers quit the job within five years.

The no-blame approach to discipline has been around for a while. Pivotal is simply getting in on the act and providing it with an appealing ‘best-practice’ wrapping that is quasi-religious. The Five Pillars of Islam are insultingly transformed into the ‘Five Pillars of Pivotal Practice’.

Many schools do need to tackle poor pupil behaviour more effectively. Their task is not made easier by pressures to promote this no-blame ethos. Even the word ‘naughty’ is being outlawed in many nurseries as too judgmental and damaging.

Why is it that the best performing education systems around the world are also those where pupil behaviour is scarcely an issue? Pupils who are well taught and make progress within a culture that makes clear the difference between right and wrong are generally happy pupils and are rarely disruptive. Unhappiness emerges when teaching is inadequate, progress is poor and the lines between right and wrong are blurred.

A ‘no-blame’ culture? You must be joking! Ask the children!