Proud Hungarians display what the EU fears most – independent spirit 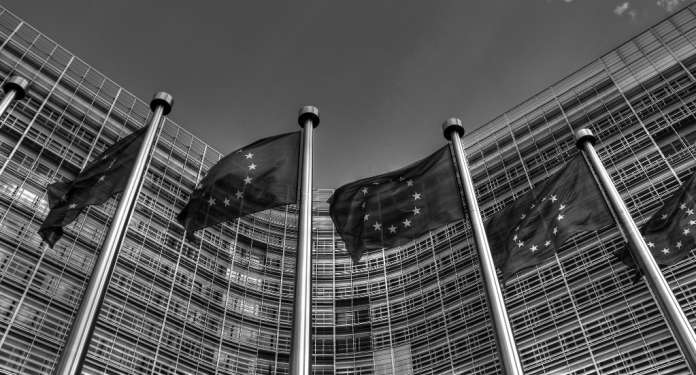 They just don’t get it. They live in their own bubble and fail to grasp what ordinary people feel and what they want.

This month Hungary had an election. Despite a massive infusion of money from George Soros, the Fidesz Party under Victor Orbán won in a landslide. Of the 199 seats in Parliament 133 went to Fidesz with 26 to the Right-wing Jobbik. The Hungarian Socialist Party lost 10 seats and went down to 20 MPs and the entire party leadership resigned.

Orbán won because he focused his campaign on the major issue of concern to Hungarians, migration. ‘The Hungarian voters have designated the most important topics: immigration and the topic of national security,’ he said. ‘Hungarians have decided they want to be the only ones who will decide who can live in Hungary.’

This was echoed by Foreign Minister Péter Szijjártó, who said voters made a ‘clear choice’ to back a government that ‘does not bow to international pressure’ which is determined to make the nation prioritise the ‘rights’ of aliens to immigrate, and open-borders-backing NGOs to operate, before ‘the safety of the people of Hungary’.

The reaction of the EU was immediate. Dutch Green MEP Judith Sargentini drafted a report outlining concerns over Hungary. The report will go to committee in June and to the full Parliament in September. The European Parliament will have to decide whether to launch Article 7 process against Hungary. Although unlikely, this could lead to Hungary losing the right to vote on EU decisions.

In a thinly veiled attack on Hungary, President Macron of France won applause from the European Parliament less than ten days after the Fidesz victory when he condemned the rise of ‘illiberal democracies’ even within the EU, and painted a picture of a ‘Europe that protects’ people. Macron spoke of a ‘selfish nationalism gaining ground’. ‘The real France is back,’ exulted Jean-Claude Juncker, the EU chief executive, after Macron spoke.

Why such extreme reactions amongst the progressive elites? They say it is because of concerns about the independence of the judiciary, corruption, freedom of expression, the rights of Roma and Jewish minorities and refugees.

But there are instances of concern within the EU itself over corruption, freedom of expression and the rights of indigenous peoples such as the Greeks to regulate their own affairs. The underlying reason for the concern in the EU is that Hungary has expressed the EU’s deepest fear.

For the convinced Europhiles, the nation-state is an unfortunate but transitory administrative structure soon to be replaced. They work towards the day when we will inhabit the utopian sunlit uplands where diversity and equality are celebrated in a harmonious mosaic, and national identity and culture are nothing more than a bad dream from which we have all awakened.

Unfortunately for them the ordinary people of Europe do not see things this way, especially not the Hungarians. Hungarians see themselves as belonging to a unique nation with its own language largely incomprehensible to outsiders. They have their own history, heroes, culture and identity. Above all they have their own religion and have no wish to see it swamped by another. They have already endured a century and a half of Muslim domination and have no great desire to repeat the experiment.

‘We shouldn’t forget that the people who are coming here grew up in a different religion and represent a completely different culture,’ Orbán wrote. ‘Most are not Christian, but Muslim.’ He added, ‘That is an important question, because Europe and European culture have Christian roots.’

Immigration as desired by the EU and other globalists would leave Hungary as nothing more than a land mass with a name, empty of content and anything distinctively Hungarian.

Orbán and his Fidesz Party may well have an authoritarian government. No one knows this better than the Hungarians, yet they gave Fidesz a landslide victory.

The Soros-backed Open Society Foundation has announced that it is moving its Eastern Europe headquarters from Budapest to Berlin. On public radio following the foundation’s announcement, Orbán said: ‘I think you will understand if I fail to cry over its decision to close the headquarters in our capital.’

The retreat of the Open Society Foundation is not enough for Orbán. He vowed ‘The fight against Soros, its liberal ideology, its initiatives on migrants, will continue wherever the foundations of its foundation are.’ Orbán said he believed that the fight against mass immigration is a central theme for the whole of Europe and that he will raise it at the next summit of European Union leaders in June.

If there is a rise in anti-immigrant parties and movements in Europe, and if their electoral success is causing headaches and heartache within the EU, it is entirely the fault of the European elites. They have become so out of touch with the hopes and fears of ordinary citizens they are alienating the people of Europe.

Under the EU the distinctiveness of any European nation would eventually be encased within the pages of history books or celebrated as a quaint vestige of the past. We would be left with a Disneyfied Europe, tea towels and regional food with the odd folk dance thrown in.

Ordinary people still want more than that. Elections in Europe in the next couple of years are likely to be interesting.