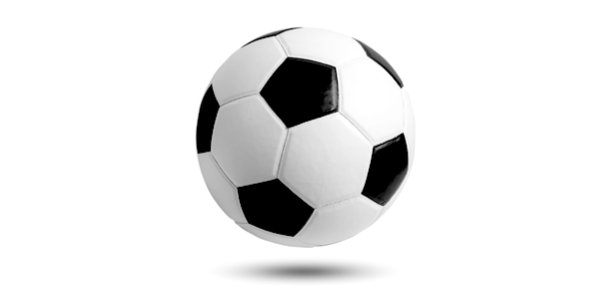 PROFESSIONAL football returns this week when the English Premier League (EPL) season resumes, albeit in empty stadia with fans confined to watching on TV. For any viewer struggling after the three-month hiatus to remember players’ names, their shirts will be of limited help: instead of surnames, written across players’ shoulder blades will be ‘Black Lives Matter’.

This initiative, supported by all 20 EPL clubs, is said to be at the behest of players who ‘stand together with the singular objective of eradicating racial prejudice wherever it exists’. Which, as worldwide protests against racism continue, is an admirable aspiration. However, unity and racial harmony will not be achieved by promoting the divisive Black Lives Matter, justifiably described in last week’s Telegraph as a group which ‘happily self-identifies as a neo-Marxist movement with various far-Left objectives’.

At the moment, it is heresy to highlight this uncomfortable truth. On television last week, Nigel Farage made the crucial distinction between Black Lives Matter being both a worthy slogan and a dangerous ‘far-Left Marxist organisation’ but was howled down by the Leftist contributors. Following this and other criticism of BLM, Farage was promptly dropped as a radio host by LBC.

Since the start of the month, Black Lives Matter UK has used GoFundMe to raise over £900,000 (still rising). This windfall will go towards, amongst other things, ‘developing and delivering . . . strategies for the abolition of police’ – this lunacy being just one of BLMUK’s anarchic aims and part of its stated ‘commitment to dismantle imperialism, capitalism, white supremacy, patriarchy and the state structures that disproportionately harm black people in Britain and around the world’.

Another of BLM’s global goals is to ‘disrupt the Western-prescribed nuclear family structure’, which confirms that eradicating racism is at best a by-product of its overall objective to upend the world as we know it.

TCW’s Karen Harradine has previously documented the anti-Semitism which infests Black Lives Matter, most recently here. As Karen wrote: ‘The liberal elite appear as ignorant of BLM’s anti-Semitism as they are of its perverse and conspiracy theory world-view of white supremacist and patriarchal oppression.’ No doubt footballers are equally unconversant with BLM’s mission beyond it purporting to be against racism.

It is incongruous that those who perform in the world’s richest football league, who eagerly exploit the market forces which determine their earnings, are supporting a group dedicated to the overthrow of capitalism. It is safe to assume that few if any Premier League players, regardless of colour, truly wish to smash the economic system from which they enormously benefit; however, at no cost to themselves, teams do have permission from the EPL to endorse Black Lives Matter by ‘taking a knee’ before or during a game.

During the weeks ahead, expect to see many players kneel theatrically. In fact, various clubs have used training sessions to choreograph their forthcoming protests.

Sanjay Bhandari, the chair of Kick It Out, has already made clear what he and his agitating organisation expect of players: ‘If they feel they want to protest, then they should. They should feel free to do that.’

The chair of Kick It Out does not say whether, conversely, players can ‘feel free’ not to ‘take a knee’: one imagines Bhandari will take a dim view of any doubter who desists. Not that dissent is likely: it will require immense moral courage for a player not to join in with his colleagues.

Nonetheless, players who kneel in solidarity with teammates cannot all be comfortable endorsing the malevolent manifesto of Black Lives Matter. Certainly many football supporters will be dismayed by their club’s shirts being used to promote a group which denigrates British history and whose benign name belies its menacing intent. Political commentator Patrick O’Flynn, now a spokesman for the SDP and regular contributor to such as the Spectator, Telegraph and Express, is a West Ham supporter who has publicised his disgust.

Although players’ names will be restored after the first round of fixtures, for the rest of the EPL season teams’ shirts will continue to display a BLM logo, plus a heart-shaped badge of thanks for health service workers.