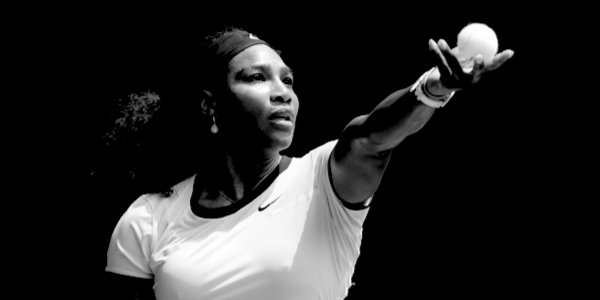 Amongst the millions of words written about Serena Williams’s brattish behaviour during the final of the US Open tennis championships, there has been nothing more astute than the observation by our own Laura Perrins that what occurred at Flushing Meadows is a contemporary parable: ‘Expect more of this: powerful women who should know better behaving badly while men slink off the stage in fear and shame for doing their job.’

Williams had a brief window of opportunity to show contrition by promptly acknowledging that umpire Carlos Ramos was fully entitled to punish the infraction admitted by her coach. Had she apologised for wrongly impugning the match official, forcing him to skulk away from the presentation ceremony, and had she publicly regretted her subsequent meltdown which overshadowed the achievement of opponent Naomi Osaka, Williams would have been widely praised for a gracious retraction.

Instead, post-match she maintained the petted lip, again complaining about her ‘outrageous’ treatment and repeating guff about ‘being here fighting for women’s rights and women’s equality’.

At the time of Laura’s posting, the baseless accusation against umpire Carlos Ramos was one of sexism, that he had dealt with Williams more severely because she is a woman. Inevitably, however, it was not long before the incident acquired a racial dimension, in the UK and elsewhere.

The Independent has just published what has to be one of the most disgraceful and unfounded character assassinations ever to appear in the British media. ‘Journalist and black feminist’ Tobi Oredein attributes umpire Carlos Ramos’s treatment of Serena Williams to ‘misogynoir’: ‘The truth is that it was stereotypes and not Williams that ruined the US Open women’s final . . . Ramos’s refusal to give a woman in a tense situation the benefit of the doubt and look past her upset comments revealed an ego that had been bruised because a woman stuck up for herself . . . Ramos still can’t believe that a black woman can be excellent. Instead, he likely took the opportunity to abuse his position of authority in the hope that he could discredit Williams’s career and character.’

This incendiary accusation leaves one wondering whether the Independent still has a legal department vetting copy. Because the writer’s only supporting evidence, for want of a better word, is that once in 2016 the same umpire had warned Serena’s sister Venus regarding signals made by her coach.

It is accepted that in his implementation of the rules as they are written, umpire Ramos was exemplary: the (questionable) argument that other match officials might in the past have been more lenient towards other competitors is irrelevant; unless it can be demonstrated that Carlos Ramos has been inconsistent and discriminatory in his decision-making – and any such evidence is conspicuously lacking – then his actions were beyond reproach.

Race-hustler Tobi Ordein is presumably similarly unimpressed by a cartoon published in Australia’s Herald Sun – a newspaper which evidently shares the saloon-bar brashness of its British namesake.

@Knightcartoons cartoon is not racist or sexist …. it rightly mocks poor behavior by a tennis legend … Mark has the full support of everyone @theheraldsun pic.twitter.com/KWMT3QahJh

The cartoon by Mark Knight does no more than accurately and fairly ridicule the hissy-fit thrown by a tennis player who happens to be black. But, of course, the skin colour of the cartoon’s subject was sufficient to spark widespread condemnation, including this from the noted tennis correspondent and all-round cultural adjudicator, our own J K Rowling:

Well done on reducing one of the greatest sportswomen alive to racist and sexist tropes and turning a second great sportswoman into a faceless prop. https://t.co/YOxVMuTXEC

In a BBC headline, the cartoon perpetrates the ‘trope’ of the ‘angry black woman’.  According to America’s National Association of Black Journalists, the cartoon ‘not only exudes racist, sexist caricature of both women, but Williams’s depiction is unnecessarily sambo-like’, while for Bernice King, daughter of Martin Luther King Jr, it is ‘without consideration for the painful historical context of such imagery and how it supports biases and prejudices today’.

So far, the artist Mark Knight is refusing to remove his work: ‘The cartoon was just about Serena on the day having a tantrum . . . I drew her as an African American woman, she’s powerfully built, she wears these outrageous costumes when she plays tennis – she’s interesting to draw . . . this whole business that I am some sort of racist, calling on racial cartoons of the past, it’s just made up. It’s just not there.’

Pleasingly, the Herald Sun’s editor, Damon Johnston, also has had the fortitude to support his cartoonist: ‘If the self-styled censors of Mark Knight get their way on his Serena Williams cartoon, our politically correct life will be very dull indeed.’ To reinforce the point, the paper ran this front page.

In today’s offence-seeking climate, it is of course unlikely that any cartoon of a black woman will avoid condemnation for being racist and sexist; nonetheless, the notion that gender and skin colour should make someone immune from caricature and ridicule, and that they should not be held to the same standard of behaviour as anyone else, is itself both discriminatory and condescending.

Serena Williams is, by some margin, the world’s highest-paid female athlete. Her fortune was estimated last year at $170million or about £130million. Nevertheless, we are expected to accept the fiction that she remains a victim of oppression and that anyone mocking her is ‘punching down’. On the contrary, the true balance of power between Williams and Carlos Ramos was evident in Serena’s attempt to impose her presumed superiority by arrogantly threatening the umpire: ‘You will never, ever, ever be on a court of mine as long as you live.’ She might as well have resorted to the customary cry of the thwarted egomaniac: ‘Don’t you know who I am?’