NewsPaperthe art of publishing
Home News Plaid Cymru left shamefaced as it gives ‘activist’ a welcome in the...
0 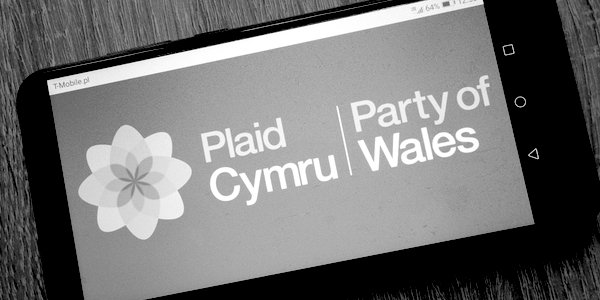 LAST week there was a party election broadcast on behalf of Plaid Cymru. Shown only on Welsh channels, non-Taffies who pine to watch can for the moment catch it on BBC iPlayer.

The closing section of the film comprises spliced snippets of what viewers are to regard as workaday Welshmen and women. In turn, they incant: ‘Mothers, it’s us’, ‘Teachers, it’s us’, ‘The community, it’s us’, and so on until Adam Price, the party’s head boyo, closes with ‘Wales, it’s us’.

During what otherwise is a sequence of white faces and Welsh lilts, a voice from behind a niqab announces herself as ‘activist’. Yes, last week’s election broadcast by Plaid Cymru included Sahar Al-Faifi, whom TCW previously identified as the BBC’s go-to ‘woman in the medieval mask’.

Furthermore, the Welsh Nationalists chose Sahar Al-Faifi as the, er, face of the party’s advertising campaign.

Of all the people who had featured in the film, selecting a still of the veiled Muslim was purposely provocative. Plaid Cymru might as well have tweeted: ‘You got a problem with this?’

Inevitably, many responders did indeed object. There is no excuse for abuse; nonetheless, it was entirely reasonable to rebuke the party for promoting a political activist who is unwilling to show her face. Predictably, Plaid Cymru deemed criticism to be ‘Islamophobic’ and said it ‘will not be tolerated’.

The party’s former leader, Leanne Wood, even advised ‘bigoted’ responders to ‘Just DO ONE!’ and defiantly vowed to ‘stand with Sahar Al-Faifi’.

Sahar Al-Faifi is a regional manager for MEND (Muslim Engagement and Development). Earlier this month, she and Leanne Wood were photographed together celebrating Plaid Cymru’s adoption of MEND’s catch-all definition of Islamophobia.

Unfortunately for Leanne, it appears her sisterly solidarity was ill-judged. Plaid Cymru has since deleted its tweet of Sahar Al-Faifi and has suspended the poster girl on suspicion of previous anti-Semitism.

Plaid Cymru also has pulled from YouTube the election broadcast in which Al-Faifi fleetingly appeared. A member of MEND who has turned out to be an opponent of Israel and is suspected of anti-Semitism – well, fancy that.

Space does not permit a full critique of MEND; just a few quotes will suffice. A dossier of the group published in 2017 by the Henry Jackson Society led with the damning description ‘Islamists masquerading as civil libertarians’.

Despite the stated aim of MEND being to ‘empower and encourage British Muslims’,  in 2018 Iain Duncan Smith feared that the body ‘may not be the force for community cohesion as is claimed’.

And in the same year, Sir Mark Rowley, former head of Counter-Terrorism Command, warned that MEND was ‘seeking to undermine the state’s considerable efforts to tackle all hate crime’.

To put it mildly, the organisation divides opinion. It is extraordinary that Plaid Cymru not only adopted MEND’s highly questionable definition of Islamophobia ,but promoted its masked member as the (concealed) face of Welsh nationalism.

In response to her suspension, Sahar Al-Faifi sent a tweet in which she is ‘willing to be held accountable for my past mistakes’. Even so, predictably she concludes the statement by complaining about ‘Islamophobic behaviour’.

The past activity on social media of this particular individual is, though, beside the point. A more pertinent question is why on earth a British political party so enthusiastically engaged with a full-time Islamic activist, someone who reportedly regards her wearing of the niqab as a ‘symbol of resistance’.

Plaid Cymru’s dumb display of ‘diversity’, attempting to normalise the niqab, even caught the attention of women abroad who personally have experienced the antediluvian attitudes of Islamic fundamentalism.

Sahar Al-Faifi says she covers her face as ‘the best act of devotion … to be closer to God.’ She is also quoted as saying: ‘I don’t have a problem with people disagreeing with me wearing it, but it is my choice.’

Indeed it is; the corollary being that critics of her garb are entitled to say ‘more fool you’. However, in this instance the culprits are those who eagerly endorsed the wearing of a garment which too often in the Islamic world is a weapon of cultural coercion.

The leaders of Plaid Cymru should be ones hiding their faces.