Philippa Taylor: Three parent babies are an experiment too far 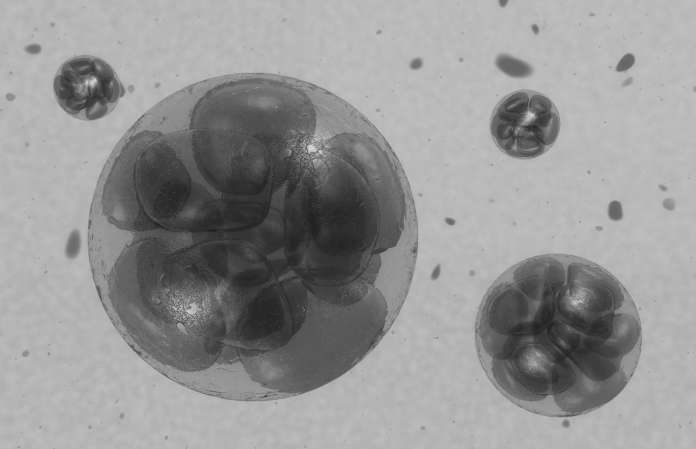 News has broken this week of the birth of the first baby to be created with DNA from three people, using a controversial new technology.

The story has gained particular publicity and notoriety because the technique, developed to avoid passing on rare genetic disorders, is still experimental and it has created a five month old baby boy with three genetic parents – he has genetic material from two mothers (nuclear DNA from one, and small amounts of mitochondrial DNA from another) as well as his father.

Details of the story remain sketchy. New Scientist, which broke the news, says that the parents had lost two older children to a mitochondrial disease. Lead scientist, Dr John Zhang, reportedly used maternal spindle transfer (MST) to create five human embryos. Four embryos failed to develop, three because of chromosomal abnormalities. The one surviving embryo was transferred to the mother-to-be.

Apparently 1 per cent to 2 per cent of the mother’s diseased mitochondrial DNA have remained in the baby’s cells, but the baby does not appear to have Leigh syndrome, the condition that killed his two siblings.

Briefly, the method Zhang used involves removing the nucleus from one of the mother’s egg cells and inserting that nucleus into a donor egg cell from which the nucleus has been removed (but with the cytoplasm and mitochondrial DNA still there). The result is eggs with mitochondrial DNA (and cytoplasm) from a healthy donor and nuclear DNA from the mother that will then be fertilised. More detail on the technique is here.

Zhang declined additional interviews yesterday and there is little more information about the boy or process used. We know that Zhang is based in New York but he performed the treatment elsewhere, where regulation around human embryo manipulation is much more lax than in the United States (due to safety concerns in the US). Zhang said that he went to Mexico where ‘there are no rules’.

Zhang is apparently going to speak at a conference in a month’s time on this. Interestingly, we do know that he has done very similar research in the past, using a different technique, pronuclear transfer (PNT). As an article in Nature noted, in 2003, it prompted fierce criticism at the time, with leading scientists in the UK saying:

‘It’s extraordinary. You wouldn’t get away with it anywhere else’, ‘The clinical justification is extremely dubious,’ and ‘You’d find it hard to find people that support it.’

Zhang’s previous research was not successful, and was carried out in China, which also has little regulation. The team implanted five embryos into a 30-year-old woman, three embryos grew large enough for doctors to hear their heartbeats. After a month, doctors reduced the pregnancy to two for the mother’s safety, but one baby died at 24 weeks and the other by 29 weeks.

Clearly there are many questions his new work raises.

Let’s start with the practical ones:

Second, there are questions about clinical justification and safety:

The project to manipulate the human germline is certainly alluring, and may be moved by compassion for the sick as well as the desire for knowledge, power and, for some, fame.

It looks ever more likely now that one day some children might be born with three genetic parents. We will of course treat them with the compassion and dignity we would treat any other human beings. But it would seem far wiser, given the scientific uncertainty, ethical problems and availability of alternative approaches, if we did not take a further step down this road.