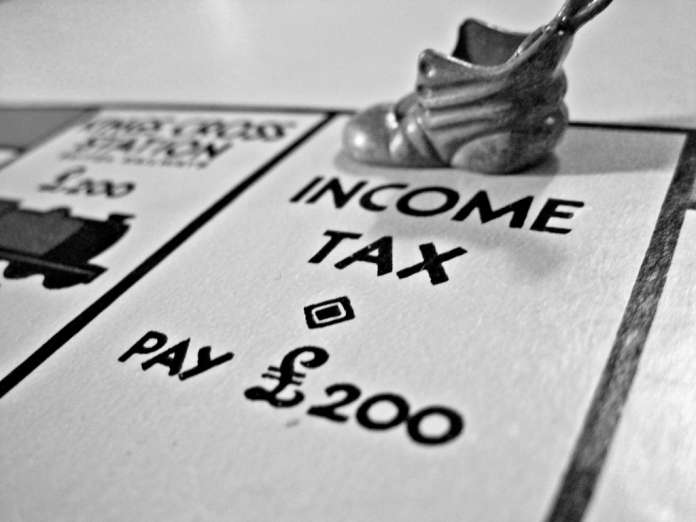 Politics in the 2010s has many characteristics that differ greatly from previous decades. The National Debt and the government deficit are now more important than interest, inflation and unemployment rates. They are the new statistiques de nos jours. This does neatly lead on to the current political obsession with taxation. It is widely believed that the deficit and National Debt would be substantially reduced if only people paid their ‘fair share’ of tax.

The language of taxation is quite distinct from normal discourse. The whole concept of a paying a ‘fair share’ implies that there is some kind of moral duty to do so. This is a fiction. Taxation is always coercive or it would not be taxation. Also there are different taxes and exemptions.

When the Chancellor reduces taxes, he is described as giving the State’s money away. He is not. He is, in fact, taking less of our money. This is always our money before it is the State’s, but the language of taxation implies that our incomes are in fact a cash ration. This is a socialist perversion of language that implies that all money is in fact state property.

This leads on to the concepts of  ‘tax avoidance’ and ‘tax evasion’. ‘Tax avoidance’ is completely legal, while ‘tax evasion’ is a criminal activity. The avoidance of tax is actually its minimisation. Again there has been a perversion of language.

However, some schemes where the only reason for the functioning of the scheme is the avoidance of taxation are subject to prohibition The General Anti-Abuse Rule (GAAR) was set up in 2010 by the Conservative-led government to refute the oft-quoted statement that:

“Every man is entitled if he can to order his affairs so that the tax attracted under the appropriate Act is less than it otherwise would be. If he succeeds in ordering them so as to secure this result, then, however unappreciative the Commissioners of Inland Revenue or his fellow taxpayers may be of his ingenuity, he cannot be compelled to pay an increased tax.”

The guidance states that:

“Taxation is not to be treated as a game where taxpayers can indulge in any ingenious scheme in order to eliminate or reduce their tax liability. Accordingly, it is essential to appreciate that, so far as the operation of the GAAR is concerned, Parliament has decisively rejected this approach, and has imposed an overriding statutory limit on the extent to which taxpayers can go in trying to reduce their tax bill. That limit is reached when the arrangements put in place by the taxpayer to achieve that purpose go beyond anything which could reasonably be regarded as a reasonable course of action.”

Labour had thirteen years to be so unequivocal. They failed. Thus any attacks by the Left on David Cameron about tax-minimisation are hypocritical.

The scandal surrounding the so-called ‘Panama Papers’ which concern the sheltering of cash away from the prying eyes of tax authorities is now being used to attack the Conservatives, specifically the Prime Minister. Although the First Lord of the Treasury has provided clear responses to all questions, the nit-picking Left cannot leave the topic alone. This is because they have nothing worthwhile to say on anything else.

The Left regard any legal or reasonable attempt by people to reduce their tax liabilities as a social crime because lower revenues mean less money to pay for state services, which means less cash and fewer jobs for the Left’s client-base in the state-sector workforce.

Tax is a weapon used by the Left to punish people for being financially successful. Labour’s mean-spirited 50p tax rate was only in operation for the last month or so of Gordon Brown’s disastrous Labour government. It was a political tax and its abolition actually raised more money as tax-minimisation plans became less lucrative.

When a state sets a rate of tax, this is actually the minimum amount that people need to pay into the Exchequer. There are some people who leave bequests to pay down the national debt. This makes me wonder about something.

Has there ever been a well-heeled socialist who has voluntarily donated money to the Exchequer? Owen Jones has made a fortune writing books that preach socialist hatred. Has he ever sent a cheque to George Osborne to pay for more kidney machines on the NHS? Did he or his mates voluntarily make up the difference between the 45p tax rate and the 50p rate by sending a postal order to No.11? Jones tweeted a call for a 60p tax rate. Did he set an example by taxing himself at 60 per cent and stuffing a wad of used fivers into Osborne’s pocket, no questions asked? I think not.

Socialists make a great play of acting on high principles when instead all they are doing is displaying demophobia. So much of their discourse is virtue-signalling designed to camouflage their social hatred. I have yet to hear of any that have put their money where their mouth is and volunteered cash to the State.

Perhaps, dear reader, you can inform me if any statist socialist has ever voluntarily handed over to the State any money they have after tax to be spent on the poor. I doubt if any ever has.