Paul T Horgan: The Guardian has a readership problem. They don’t agree with it 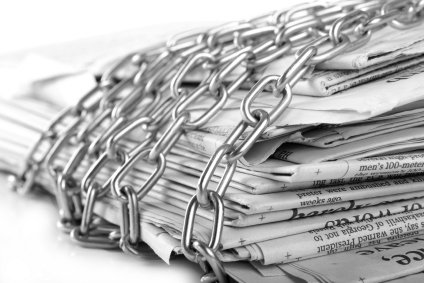 I actually do like The Guardian newspaper. It is one of the most religious publications in the UK. It values non-stop virtue-signalling in its ongoing quest to establish a socialist one-party republic in the UK so highly that it uses this to influence the possibility or prominence of every article it publishes. However, I do read it ironically. Instead of my hanging on every word it publishes, I find it amusing how the paper contorts itself when confronted with facts that conflict with its ideology.

For example, while every other sane newspaper was extensively poring over the Rotherham gang rape scandal, facilitated as it was by social workers, police and exclusively Labour politicians, The Guardian‘s coverage was to treat it as just another news story, nothing exceptional. Suzanne Moore, who proudly disgraced herself on Radio 4’s Today programme in a spat with fellow leftie Medhi Hasan, authored a hand-wringing piece wailing about the the inequities of the world stating that because everyone was to blame, especially ‘powerful men’, it was actually no-one’s fault. In this case, the rapists were anything but ‘powerful men’, but that did not stop Moore from attacking them.  According to her article, the social workers, police or exclusively Labour politicians had no actual responsibility.

The real world thought otherwise. The government fired the council or locally ‘powerful men and women’. The Director of Children’s Services, a ‘powerful woman’ – please note Ms Moore– was given a £40,000 golden sacking – because that’s how socialism rolls – and the Police and Crime Commissioner, who was deeply involved in the scandal, was dragged from office by his fingernails. However The Guardian labelled the deliberate incompetence of the ruling Labour clique and the egregious failure of their heavily-unionised staff as ‘understandable‘. Not even in the face of gang rape can it stop its sickly virtue-signalling of affection to state employees and socialist politicians who make up its paying readership, assuming these people actually pay for the paper themselves and it is not bought by their taxpayer-funded organisations.

Like other newspapers, The Guardian has a reader’s comments section placed after most comment and some news articles. However, instead of using Disqus as this site does, The Guardian pays – we can but hope – a team of in-house censors moderators, who filter out comments that conflict with The Guardian‘s rigid political dogma in-house rules. In some cases, posters of comments can be placed on a blacklist pre-moderated, which prevents the comments being posted for some hours. I was such a victim. My crime? Suggesting that Adolf Hitler was a socialist. The clue was in the name of the party he led, but that did not matter to The Guardian. Ironically all this censorship and blacklisting energetic moderation is in a section of the site that used to be called ‘Comment is Free’. The address of the page is still called that.

There was another example of The Guardian‘s virtue-signalling yesterday. It comes from its position that there is evil everywhere in the world, apart from the content of The Guardian itself. From today, readers of the site will be unable to make comments on articles concerning race, immigration and Islam. The reason? The people at The Guardian do not like the comments the readers of their site are making. They accuse the ordinary people who come to the site to read its content of posting ‘an unacceptable level of toxic commentary’. It has to be borne in mind that ‘toxic’ means different thing to different people. According to Mary Hamilton, The Guardian‘s executive editor, audience, “The overwhelming majority of these comments tend towards racism, abuse of vulnerable subjects, author abuse and trolling, and the resulting conversations below the line bring very little value but cause consternation and concern among both our readers and our journalists.”. But then this is a newspaper that believes that a wristband entitling a refugee/migrant to free food is akin to Nazism. The Guardian‘s values are highly distinct from a portion of its readership. Yea, we are all sinners sayeth The Guardian. As such, we have all been expelled from parts of the garden.

If that were actually true. It is not.

The Guardian is haemorrhaging money. Its existence used to be guaranteed by the profits of a sister publication, Auto Trader, that had made a successful transition to e-commerce. However, it was sold two years ago for a sum to the north of £700 million. This sum was apparently to be used to allow the transition of the paper from a repository of socialist religious thought, a kind of The Tablet with a hammer-and-sickle instead of a crucifix, into a global brand of left-wing thought, an English-language Pravda.com. Unfortunately, the money from the sale, even in our low interest-rate and inflation age, is running out faster than anticipated. Preaching socialism all the live-long day ironically requires capital expenditure. The Guardian is having to make cuts.

People are not buying The Guardian newspaper; they are not even becoming a registered supporter. Instead they are, like me, reading it online for nothing. The article reporting on The Guardian‘s clamping down on free speech on its website discontinuation of moderated comments on certain topics admits that it cannot employ enough staff to censor and blacklist moderate comments. It just does not do so in so many words, stating that it is ‘trying to curate a reasoned debate in comments, not shut down discussion.’ Sure, comrade. It is one of those irregular verbs, I comment, you curate, he censors. The article goes on to state that, “That sometimes meant closing [the comments section] for a while and then reopening them when we had a sufficient number of moderators to handle the volume.” This is far closer to the true reason. They can’t find the staff.

There is one simple way to have a sufficient number of censors moderators. That is to hire more of them and pay them for their work. It is clear that this is one avenue that The Guardian has rejected. However The Guardian says this is not its fault. According to the paper, it is ours for having the audacity to express an opinion that forces the fragile souls at The Guardian to reach for their smelling salts or scented handkerchief.

The internet has accelerated the collapse of the business model of printed newspapers. Circulations and revenue are down to alarming levels. It does not help that the BBC’s website is free of charge, especially as there is no good reason why a television and radio broadcaster should have such a large taxpayer-funded footprint in cyberspace to the detriment of commercial competition. However it is a tad dishonest of a newspaper which openly states that ‘facts are sacred’ to deny that it is openly censoring its readers on the cheap withdrawing moderation because it can no-longer afford to do so in-house.