Paul T Horgan: ‘Progressive Alliance’ is born out of necessity not choice 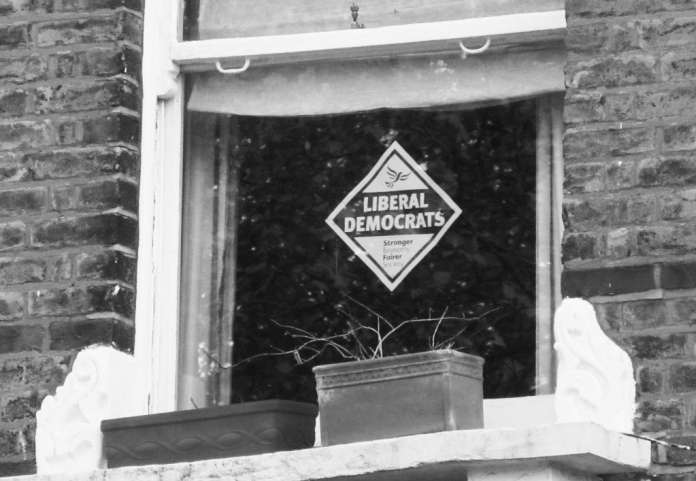 Of all the parties contesting the general election, there is one that does not appear on the ballot paper.

This is the shadowy body called the ‘Progressive Alliance’. The idea is that only the best anti-Conservative candidate in a seat should go forward. Informal deals are already being done between the Liberal Democrats and the Greens. Rupa Huq will not lose votes in her Labour marginal to the Greens. They are not standing there.

The ‘Progressive Alliance’ is actually a creation of the left-wing think-tank-cum-pressure-group Compass. Membership of Compass used to be restricted to members of the Labour Party. It was created as a place of comfort for those who objected to the policies of Tony Blair. It seems to represent the ‘sane’ folks to the left of Blair, versus the insanity where Jeremy Corbyn and his kind exist.

However, this changed back in 2011 when Compass opened its doors to all-comers, presumably so long as they were anti-Tory. According to the New Statesman, Compass’s influence within Labour plummeted.

The reason for this appears simple. Labour’s membership rules state:

For some reason this has not prevented Jeremy Corbyn from appearing at events promoted by the Socialist Workers Party. But then Labour Party rules are so badly drafted that they had to be taken to the High Court last year to be deciphered. Twice.

Earlier this week three Labour activists associated with Compass were expelled from the party for trying to form a political alliance to unseat Jeremy Hunt by supporting an independent candidate. However, Labour does not appear to have a problem with Clive Lewis, who is defending his seat in Norwich South, from being on Compass’s management committee, a committee that is promoting parties other than Labour. Perhaps there is a special rule for MPs.

It is assumed that this ‘Progressive Alliance’, which even has its own website, has come into being because Labour lost numerous seats in 2015 as the anti-Conservative vote was split across several parties. If every Green Party voter had instead voted Labour in the Morley and Outwood constituency, then Ed Balls would now be defending the seat instead of Andrea Jenkyns. Balls lost by 422 votes. The Greens had 1,264 votes, but the party lost its deposit.

And this may be the reason why this ‘Progressive Alliance’ is doing the rounds. Fighting seats costs money. It has been barely two years since the last general election. Small parties of the kind that leech votes away from Labour may not have raised enough funds. The Communist Party of Britain (CPB) (not to be confused with  the Communist Party of Great Britain (Marxist–Leninist), the Revolutionary Communist Party of Britain (Marxist–Leninist), or the People’s Front of Judea) will not be fielding candidates at the election, stating that its followers should vote Labour.

While on the surface an ideological decision, this may have been financial. The CPB fielded nine candidates and received a grand total of 1,229 votes, or less than the Greens received in a single constituency where they came fifth. Doing so cost them £4,500 in lost deposits. It is possible that finding such a sum of money may have been easy when the next election was expected in 2020. It may have been not so easy to raise that money to be handed in by 11th May.

That could also explain why the Green Party is stepping aside in a number of seats. The Greens received £12,000 in donations in the last quarter of 2016, which would pay the deposits on just 24 seats, and nothing else.

So the deal-making may be motivated less by anti-Conservatism and more by money, or the lack of it. To contest every UK seat requires a minimum upfront cost of £325,000 for deposits, most of which the Greens would never see again.

The splintering of the anti-Conservative vote in the 20th century between Labour and Liberals resulted in every Conservative Party leader between Bonar Law and John Major becoming Prime Minister. In the 21st century this vote has splintered further into numerous nationalist and special interest groups resulting in humiliations for Labour in 2010 and 2015. By contrast, Ukip’s existence did not cost the Conservatives any Westminster election, and that vote is returning after Brexit. However, the splintered Left are facing an new electoral challenge barely two years after the previous one. They might not have built up the war chest.

This ‘Progressive Alliance’ may have less to do with uniting around a single anti-Conservative candidate in target seats where Labour risks collapse and more to do with the hard fact that being ‘progressive’ does not pay the bills.  Left-wing politics outside Labour is not enticing enough to have people open their wallets, and has no appeal to businesses or associations.

‘Progressives’, like the journalists investigating Watergate, have to ‘follow the money’, which is actually not that all ‘progressive’. The ‘progressive’ piggy-bank may be empty.