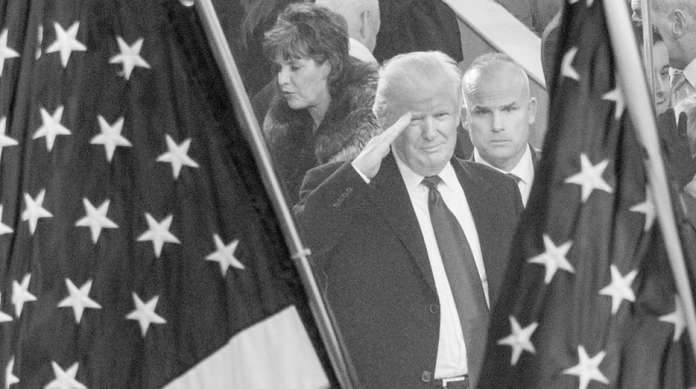 “Nothing in his life/Became him like the leaving it.” is the description given of the passing of the rebellious Thane of Cawdor to King Duncan by his eldest son Malcolm. And that is true today. We barely remember Richard Milhous Nixon for anything other than the circumstances of his historic resignation as President.

Nixon’s leaving of office overshadows his administration’s withdrawal from Vietnam and its rapprochement with the People’s Republic of China. Nixon’s visit to China led to its joining the global economic community in the years after the disastrous reign of Mao Tse-tung. The growth of personal technology, fuelled by the spread of cheap tablets and smartphones made on the Chinese mainland by capitalist corporations, stems directly from the policies of America’s 37th President.

When Nixon went to China, its Premier, one Zhou Enlai, was asked for his thoughts on the French Revolution. He answered through his translators, ‘It is too early to tell’. This was regarded as a profound statement, indicating that in the context of a civilisation that had been in continuous existence for millennia that less than two centuries was too short to develop a considered view. It was actually nothing of the sort.

Premier Zhou was referring to the Paris student protests of 1968 and the events that followed, including the resignation of Charles de Gaulle. It is likely that the Premier of a revolutionary communist state was unable to conceive of democratic political change and regarded the demonstrations as a triggering event for the overthrow of the French state. It is this attitude that probably informed the reaction of the Chinese state to the Tienanmen protests by sending in the tanks and gunning down the peaceful demonstrators.

‘It is too early to tell’, is actually a reasonable response to an inquiry about the presidency of Donald Trump. The mistake that seems to be made by commentators is to assume that the US Presidency is proactive, that it generates major initiatives and tries to convince Congress, the American people and world opinion. History indicates otherwise.

In the area of foreign policy at least, the Presidency is actually reactive. From Pearl Harbour to the present day, American policy has been to respond to deeds and misdeeds of other actors in world politics. This is not the view that is pushed by the leftists, who always condemn the USA as an aggressive and expansionist military power. It is their Big Lie.

Consider the end of the Second World War in 1945. In Western Europe, US forces, the majority of troops, quickly left, leaving a peacetime occupation force in Germany, and little else besides. Governments held free and fair elections as democracy was re-established in countries formerly occupied by the Germans. This was not the case in Eastern Europe.

There, Soviet forces imposed communist dictatorships on unwilling populations, with all the trappings necessary to keep them in power by force, such as secret police, concentration camps, closed borders and state-approved murder of dissidents. Soviet tanks were used to put down popular uprisings in Berlin, Hungary and Czechoslovakia. It is Russia, not America, that historically uses force to further an aggressive foreign policy. In Syria it is doing so today.

The political Left in the UK from the leader of the Labour Party through to his communist fellow travellers in their numerous ideological sects, and to the commentators in The Guardian and elsewhere ignore this truth due to their all-consuming hatred of all things American. All things that is, apart from their films and TV shows, and a whole lot more. They willingly purchase and use the products of American information technology corporations. They use American social media services to broadcast their misplaced ideology of hate without a trace of irony.

It is, therefore, no surprise that the atrocities committed by Daesh against women, children, homosexual males, Christians, Jews and other faiths in the Middle East and elsewhere are skated over by left-wing commentators. The muted condemnation can only be explained by a cultural discounting, indicating that savage behaviour is only to be expected from barbarians, or a forgiveness because of the shared anti-Americanism. Terrorist killers are held to a lower standard and are thus excused by the Left. However, once a known terrorist murderer is blown to smithereens in a precision strike by a Western-controlled drone, there are howls of protest, insisting that the serial killer should have been arrested and brought to trial.

We see the same twisted left-wing mentality in the last two weeks when Donald Trump sent cruise missiles to attack a Syrian base from which planes had been used to drop chemical weapons on civilians. The ideological perversity of the Left means they ignored the baby-killing activities of Russian bombers against hospitals in Aleppo and elsewhere, as well as the chemical atrocities of Putin’s puppet Assad against his own people. Worse still, they are now peddling the convenient fiction that the chemical strike was not the work of the Syrian government – all part of their blind anti-Americanism.

Trump’s missile strike against the Syrian airbase was a gesture. It told the Russians and their poodle that while they may have been able to cross red lines at will while the Left’s golden boy Obama was in office, this would not happen under Trump. Had Trump been serious, he would have employed cratering munitions to close the runway and penetrating rounds to destroy the hardened aircraft shelters. He did neither, Syrian warplanes were reported as using the air base the following day. Such an action may have required manned resources or drones to circle the target at an altitude that meant they could have been attacked by Russian-made surface-to-air missiles in a way that ground-hugging cruise missiles cannot. Syrian forces may have received notice of the raid. It remains to be seen how the Russians, who may have orchestrated this atrocity to test the new President, will react.

Trump is reported as sending naval resources to Korea as well. Recently North Korea has been launching missiles in the direction of Japan. Trump could legitimately start shooting these down once they have left Korean territory. A recent missile test failure has been ascribed to covert American action in the form of computer hacking. Kim Jong-Un has been making militarily provocative gestures for years. It may be no surprise if these finally elicit a rational response.

The Trump administration, like its predecessors, will be characterised by its reactions, and not, despite all the rhetoric, by its actions. It was the Obama administration’s reactions to the Arab Spring that scuttled Hillary Clinton’s presidential campaign, as this undid any possible goodwill stemming from the proactive Obamacare. Both Korea and Russia are testing the new President in a manner not dissimilar to Khrushchev’s testing of Kennedy. It is to be hoped that the 45th President performs better than the 35th and does not give America another Vietnam or Cuban Missile Crisis.

(Image: Chairman of the Joint Chiefs of Staff)