Paul T Horgan: Corbyn’s lackeys are even more dangerous than him 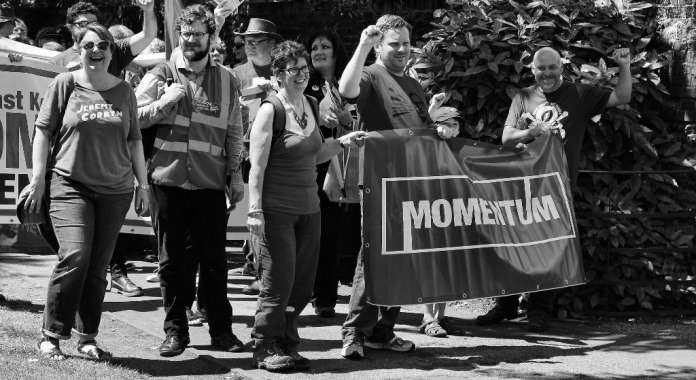 At the time of writing the Democratic Socialist Front (Marxist-Leninist), or Labour Party as it is more widely known, has yet to formally publish its manifesto, although given the amateurish way the party is now run, Wednesday’s leak may count as official publication.  Previous manifestos had security features permitting identification of anyone inclined to leak it.  These were absent in Labour’s latest begging letter to the electorate, already dubbed ‘the most expensive suicide note in history’.

The author of the manifesto is one Andrew Fisher, a man who is so left-wing that he called for voters to support bizarre anarchist cult Class War instead of Labour in Croydon during the 2015 general election.  Class War does not seem to believe in manifestos, preferring demands and using expletives to denigrate party leaders.  They were so popular in 2015 that their seven parliamentary candidates garnered no less than 526 votes between them.  Contrary to Corbyn’s cheap slogan, Fisher actually favours the few over the many.

One policy commitment was trailed over the previous weekend.  Labour will raise income tax on everyone earning more than ￡80,000 a year.  Its Shadow Chancellor, closet Marxist John McDonnell, airily stated that this measure would only target about five per cent of people.  “We are asking them to pay a modest bit more”, he said.  Funny, I thought they were called ‘tax demands’, not ‘requests for modest payment’.

But did you see what McDonnell did there?

For the better part of a decade, socialists of McDonnell’s ilk have been targeting the ‘top one per cent’, and demanding that they hand over more of their wealth to the State.  Suddenly McDonnell’s target has widened by 500 per cent to include the ‘top five per cent’.  But that is not the true figure either.

Those falling just outside McDonnell’s target for tax rises will surely have no incentive to get within it.  Those earning upwards of ￡65,000 will have little desire to earn more, if the results of their additional effort is just handed over to the State.  While the top five per cent are targeted, the top six or seven per cent, or more, will be affected.

Also, it is inevitable that under a Labour government more people will start earning above ￡80,000 as the spending power of money declines.  Another of McDonnell’s policies guarantees it.  So this measure could even target the top 15 per cent or more as salaries inevitably skyrocket.

Labour plans to dump half a trillion of borrowed or printed money on the UK economy.  This is an inflationary policy.  Prices will go up as demand increases from people whose pockets have been filled by state cash.  Wages will have to increase, and more and more people will cross McDonnell’s threshold and be ‘asked’ to pay more in tax.

It is not as if this is a secret.  Over 40 years ago, Labour premier James Callaghan explained this to his party’s conference to justify a switch to a monetarist policy:

“We used to think that you could spend your way out of a recession […] I tell you in all candour that that option no longer exists, and that in so far as it ever did exist, it only worked on each occasion since the war by injecting a bigger dose of infla­tion into the economy, followed by a higher level of unemployment as the next step. Higher inflation followed by higher unemployment. “

This was not a Blairite speaking.  This was, in fact, the leader of the what most Labour members believe was the last proper Labour government.

So what seems like a way of ‘asking’ the ‘top five per cent’ to contribute more to give ‘starving nurses’ a wage rise is, in fact, a method of ensuring that the State is able to raise income taxes for considerably more people on the sly, while also trying to deal death-blows to capitalism and confiscating wealth.  The economist John Maynard Keynes, whose works self-confessed anti-capitalist McDonnell surely will have read, makes it very clear:

“Lenin is said to have declared that the best way to destroy the capitalist system was  to  debauch  the  currency.  By  a  continuing  process  of  inflation,  governments  can  confiscate,  secretly  and  unobserved,  an  important  part  of  the wealth  of  their  citizens.  By  this  method  they  not  only  confiscate,  but  they confiscate arbitrarily;  and  while  the  process  impoverishes  many,  it  actually enriches some. […]As the inflation proceeds and the value of the currency fluctuates  wildly from  month to  month,  all  permanent  relations  between debtors  and  creditors, which form  the ultimate foundation  of  capitalism, become so utterly disordered as to be almost meaningless; and the process of wealth-getting degenerates into a gamble and a lottery.”

At present, Labour has little chance of putting its ideas into practice. It does appear to be a plan for stealth communism or a way to foment economic and social disorder. Labour’s manifesto is, after all, being written by a self-declared admirer of anarchy. Andrew Fisher has come home.