Paul Harlow: Parliament slumbers while HS2 and its dark architects plot the rape of unspoiled countryside 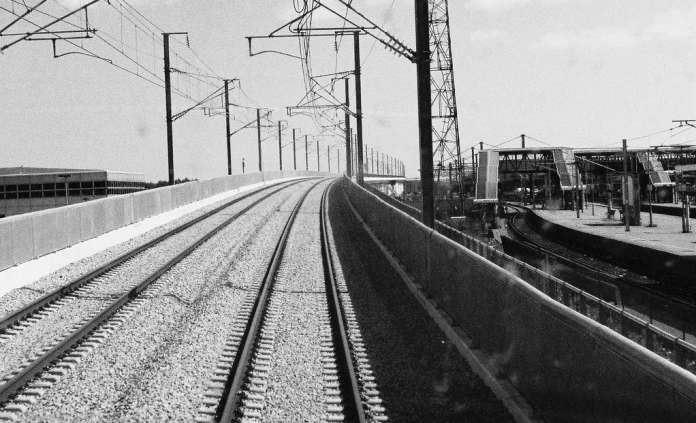 The Government would have us believe HS2 is a panacea, a money-tree and there is no risk of it being a net loser.  Though Parliament shamefully has bought into this myth, the public is not taken in.

The HS2 project is a political error of judgment on a grand scale (last July Boris Johnson said its cost stood at £70 billion).  It is so socially unfair and so shockingly damaging to the environment that it begs questions as to Parliament’s somnolence and the political interests the scheme serves.

Yet according to Lord Mandelson it was little more than a 2010 pre-election ploy, a  Labour fantasy ‘grand scheme’, designed to catch votes rather than a well formulated practical proposal.

Taking office in 2010 the Coalition proceeded to adopt it, without proper scrutiny, as a symbol of modernity, Government action and fashionable political inclusiveness.

It conveniently appeared to address the politics of the North-South divide and offered to stabilise marginal seats.  The absence of evidence to suggest that it would achieve either was no matter.

So a poorly conceived propaganda tool was rendered into reality by an unaccountable quango given huge priming funding, a PR machine and civil service support to this end, yet without proper ministerial or parliamentary supervision.

That is how HS2 has developed an impetus well beyond the quality of its planning.  Political indolence or inertia allowed its promulgation.

Parliament has with certain notable exceptions swallowed the favourable case spun by its quango, HS2 Ltd.

These comprised fanciful cost-benefit and regeneration fantasies – ones that paid scant regard to evidence based long-term environmental and social costs or to the continental experience.

It is interesting that MPs who have strenuously opposed it on principle are described by their parties “as having to represent their constituents”  perpetuating the myth that there is a 100 per cent concordance across all parties in favour of HS2.

It is this taxpayer funded DfT quango, HS2 ltd, that Parliament has to rely on for its information.

Even so it is difficult to explain  how Parliament came to fall so unconditionally in love with this project that it failed to demand necessary information before its voting through the second reading of the HS2 Hybrid Bill.

Now Parliament is in recess for the reason that it has no business to complete.   It is worse than ironic that the HS2 Bill was limited to one day only of discussion.

MPs, it appears, were content to put their faith in the lay Parliamentary Select Committee  to correct the project, not even responding to the question posed as to whether the committee had adequate  skills to scrutinise the data.

As HS2’s price-tag continues to escalate in terms of construction costs, environmental damage and social and health impacts,  it depressing to think that Parliament’s culpability will evaporate in a predictable process of political hand-washing and wringing.

For it is Parliament that has failed in its duty to insist on information suppressed by ministers for political reasons.

It is Parliament that favoured an Hybrid Bill  that has  so many unprecedented clauses allowing a governmental land-grab without constraint of distance or time (along any high speed rail route).

It is  Parliament who failed to insist on a Public Inquiry or Commission like that agreed for the much smaller Heathrow issue.

It is Parliament who ‘bought’ the false justifications  used to validate HS2 as a scheme and to endorse its route (contrary to other evidence-based argument).

It is Parliament that’s fallen for romantic rationales such as ‘Balancing the Economy’, ‘Regenerating the North’, ‘A Return to Victorian Values’, ‘preserving marginal Tory seats’, ‘being ecologically beneficial’!

In fact Parliament swallowed the lot in the absence of any concrete evidence that HS2 would balance the economy or provide the dividends promised.

Nor was there any excuse for being taken in by the spurious comparison to HS1.  HS1, as it exists, was created after 20 years  of major revisions.

Its initial route was as disruptive as HS2’s but HS1 was adapted to follow motorway corridors and to minimally impact the Areas Of Outstanding National Beauty (AONB).

The  proposed route of HS2 is not the preferred route of the engineers who schemed HS1 who identified many of the problems that are of concern with HS2.

When it came to the noise and environmental impact analysis for HS2, deliberately obfuscated and manipulated because it threatens the project’s viability, where was Parliament?

If Parliament has proved incompetent then the government (the Coalition) has proved the stealthy manipulator, not be trusted with the nation’s environmental heritage or to act for the common good.

Its reason for failing to properly explore the option of following motorway corridors?  A £3 billion tunnel cost and minor increase in journey time.

Yet since then other changes have added significantly more costs while the journey time has been increased by speed reduction demanded by unsustainable electricity costs for ultra-high speed travel.

Ludicrously a vanity project designed for excessive speed is now being rationalised as ‘green’ (it most certainly is not) and as providing for ‘capacity’, yet not where it is needed and which needs not be ultra-high speed.

Yet the government has systematically ignored  the expertise  of  those major national bodies (Chilterns AONB Board, CPRE ,Woodland Trust)  with proven records of sound environmental advice.

Though electoral support for HS2 is poor, with a few exceptions, MPs have failed to represent their constituents’ views in Parliament or to challenge the ‘dogma’ of the Parliamentary whip.

Subsequent legal challenges (to the Supreme Court) to HS2 have simply demonstrated the judiciary’s blind but unjustified faith in due parliamentary process to get the detail right. Parliament has not demanded to see the detail. What reports have been rendered to it are shamefully inadequate and flawed.

HS2 Ltd’s Environmental Statement and The Independent Analysis of the ES consultation were travesties.

HS2 makes a mockery of governmental transparency.  ‘Mutating justifications’  driven by significant publicly funded PR campaigns, some of which have been scandalously prejudicial examples of dirty tactics have proved the order of the day.

Voting Conservatives living along the route were first duped back in 2010. No wonder today, from Camden to Birmingham, residents are furious as they watch the politics of demographics determine the choice of route and its revisions – think of the Tatton Kink and revisions affecting Primrose Hill – and seeing their own ‘low voter number’ rural villages and virgin countryside on the cusp of rape and pillage.

As steadfast in its adherence to flawed plans as it has been, adept at false PR and socially divisive schema, HS2 Ltd has fueled the gravy train that is called ‘consultancy’ at taxpayers’ expense.

Whether incompetent or deliberately obfuscatory, it has certainly proved a master of pseudo-democratic ‘consultations’ and community involvement.

The public sees through this but Parliament it appears cannot.  So blind were they that they accepted war time legislation be used to prevent their receiving proper HS2 evidence.

The reason? Ministerial advice that it was not in the national interest, and that civil service confidentiality must be preserved.

Just who has seen the evidence and who is in control of this chaotic project remains a moot point. Who will benefit from the huge public expense on the project previously known as  HS2 (now the North South Railway)?

Follow the money and future land deals and you will find out.

Share
Facebook
Twitter
Pinterest
WhatsApp
Previous articleJill Kirby: Dave trapped in a time warp. He doesn’t get the European nightmare
Next articleKathy Gyngell: Forget about the Ukip earthquake. The BBC wants to talk about beavers